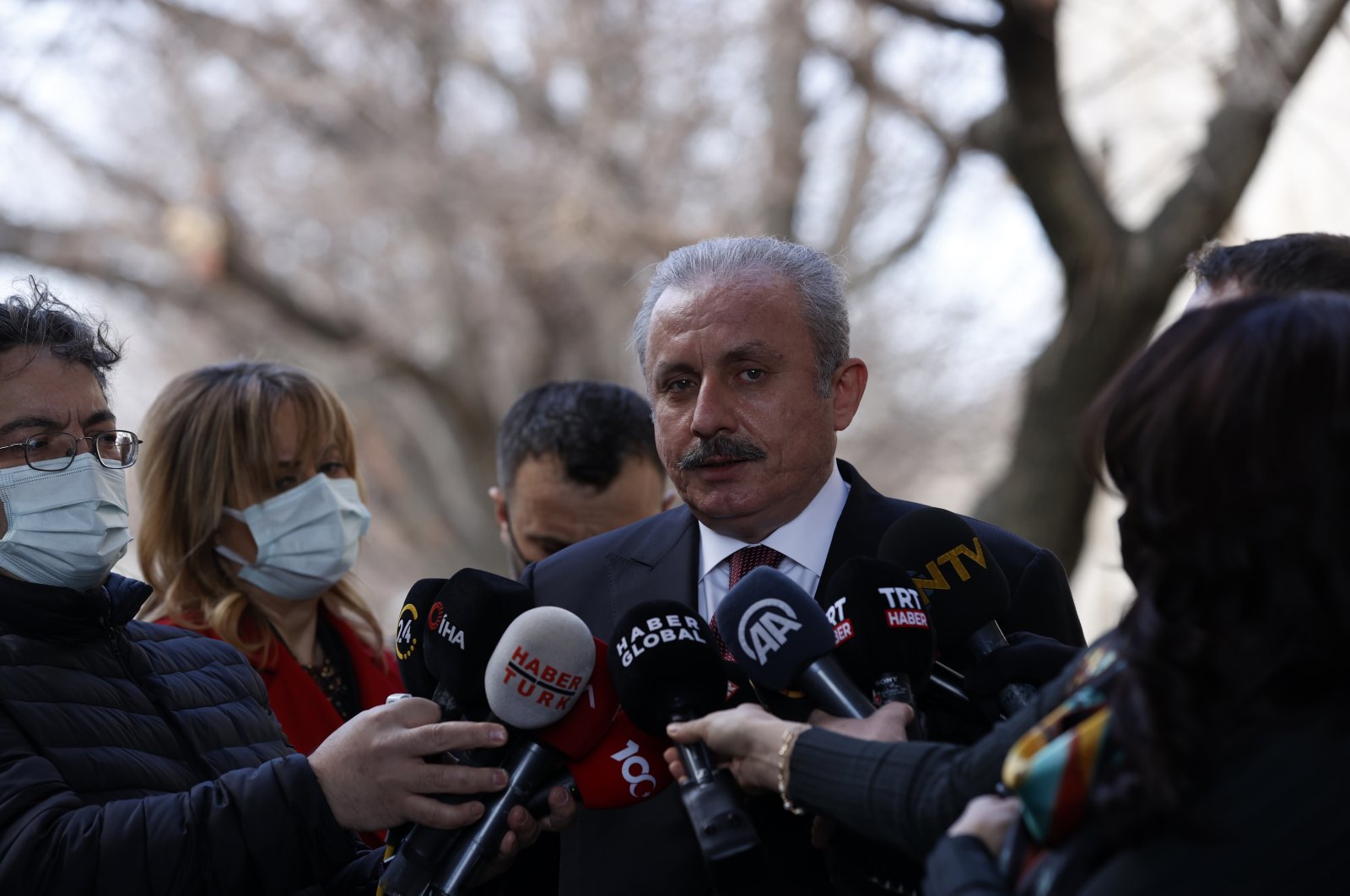 Speaking in the capital Ankara, Şentop called on political parties in the legislative body to ramp up their efforts to bring into being a new constitution.

"If there is a sincere determination by all political parties in the parliament on this issue, I believe that Turkey can establish a new constitution. There are ways and methods for this," he said.

Pointing out that there are some parties that suggest Turkey should return to a parliamentary system, Şentop explained that this can be only possible with a consitıtnonal change.

He said regulations in Turkey provide a legal basis that can prevent violence against women.

"Social awareness is important. Awareness and enforcement of the rules are effective," he added.

Since 1982, the current Constitution, drafted following a military coup, has seen a number of amendments. The bloody 1980 coup, which led to the detention of hundreds of thousands of people, mass trials, torture and executions, remains a dark period in Turkish political history.

President Recep Tayyip Erdoğan on Feb. 1 announced: "It is time for Turkey to discuss a new constitution again." Talk of a new constitution came amid the government's new democratic reform initiative. The president referred to 2021 as the “year of reforms” and pledged that his party would overhaul the economy and judiciary.

Erdoğan wants Turkey to have a civilian-drafted constitution by 2023, coinciding with the centenary of the foundation of the Republic of Turkey. Turkey will have a comprehensive, clear, democratic and liberal constitution to guide in the upcoming century, the president stated last week, adding that the doors are open for all political parties to contribute to constitutional reform.

The AK Party has 289 seats in the 600-seat Parliament, while the MHP has 48, adding up to 337, but this falls short of the 360-vote supermajority needed to pass a new constitution. Even if all 600 deputies in Parliament say "yes" to the proposal, a national referendum will be held to assess the will of the people, Erdoğan had stated.

Following the president’s announcement, MHP leader Devlet Bahçeli pledged his support and echoed the need for a new civilian constitution; however, the opposition objected. So far, the opposition parties, including the main opposition Republican People’s Party (CHP), have opposed the calls, claiming that the president’s initiative to reform the constitution equates to the “failure of the presidential system.” Opposition parties including the CHP and the Good Party (IP) argue that Turkey should return to the parliamentary system.