'Turkey will have civilian constitution for first time since 1924' 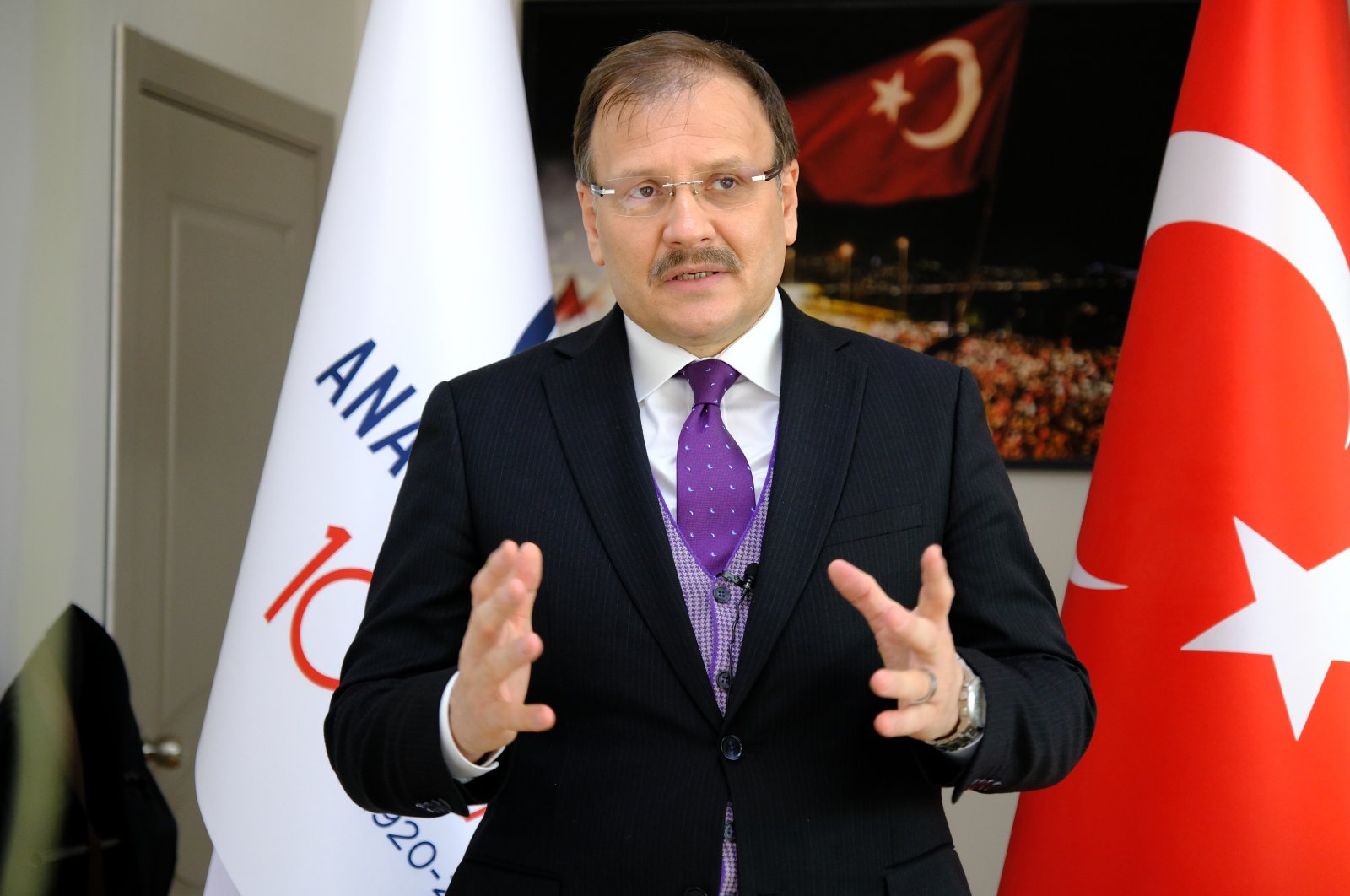 Our hope is to change the current Constitution, which is riddled with coup overtones, with the support of all political parties and nongovernmental organizations (NGOs) by 2023, the head of Parliament's Human Rights Compensation Commission, Hakan Çavuşoğlu, said Tuesday, underlining that this will be the country's first civilian constitution since 1924.

"Some of the regulations (that the plan suggests) will take place as legal legislation and will be enacted by Parliament. Some of them will be regulated by presidential decree and others will be regulated by executive seizure," he said and underlined that they have scheduled a two-year process to complete the reform period.

Erdoğan last week unveiled Turkey's long-awaited Human Rights Action Plan, saying that the plan is expected to be executed within the upcoming two years and that "broad-based consultations were a part of every activity in the plan prepared according to our nation's expectations."

"It has 11 principles; the first one of which is the fact that human rights are under the protection of the law," he stated, speaking at the introductory meeting of the Human Rights Action Plan.

Around the 11 main principles that constitute the backbone of the plan, a total of nine aims, 50 goals and 393 activities are set herein. The activities envisioned within the framework of each goal under the relevant aims are organized as tangible “measurable and monitorable” actions.

"The ultimate aim of Turkey's action plan is a new civilian constitution," the president highlighted.

As far as the new constitution plans are concerned, Çavuşoğlu expressed that despite the many changes that have been made within the current constitution, it is still plagued by the coup atmosphere it was prepared in.

"The change that we made back in 2004 in the 90th article of the current Constitution is a revolutionary act. By doing this, we agreed that when a local code conflicts with an international agreement, the one that will be implied will be the international agreement. Among 47 European Council members, only two of them have such a regulation: Turkey and the Netherlands," he continued.

The president’s proposal that came four years after the 2017 constitutional referendum asked voters to decide on an 18-article bill to switch from a parliamentary to a presidential system, among other changes. The amendments to the Constitution were jointly introduced by the ruling Justice and Development Party (AK Party) and the Nationalist Movement Party (MHP). Erdoğan was elected president under the new system in 2018.

Emphasizing that there has been a paradigm shift in Turkey's approach to human rights, Çavuşoğlu stated that human rights are a dynamic field and thus the regulations are being updated regularly. He also reiterated that Parliament's Human Rights Commission is the first institutional being in Turkey in this field.

"So far, the number of applications that our commission has received in the past 2.5 years has surpassed 7,000. About 4,000 of them came from prisons. The majority of the other ones are related to a fair hearing. In relation to these different types of applications, we have formed subcommittees," he said and underlined that the commissions' reports, evaluations and determinations regarding these applications were reflected in the Human Rights Action Plan.

"This is very pleasing to see," Çavuşoğlu said.

Çavuşoğlu especially pointed to the regulations regarding the prison conditions in the plan and said that those changes were a result of the applications to the commission.

According to the plan, the scope of alternative sanctions to short-term prison sentences will be expanded.

"It will be ensured, in so far as possible, that convicts serve their prison sentences at a location that is easily accessible by their families, thereby preserving their family ties," the plan also says.

"On the issue of violence against women, the matter in aggregation that was implied for the married couples was not being implied to the divorced ones. Now, this is changing. Insistent stalking is also becoming a crime," Çavuşoğlu further said.

According to a report released back in December 2020 by the Interior Ministry, the perpetrators of the violence against women are mostly husbands, and the victims are mostly housewives. The report, which covered a six-month period between January 2020 and July 2020, when 115 women were killed, indicates that 66% of murders took place in the victims' residences, and the majority of the murderers were husbands. More than 117,000 cases of domestic violence and violence toward women were reported in the January-July period, and more than 126,000 people were reported as victims or plaintiffs. Complaints in cases vary, from injuries inflicted by husbands or spouses to threats, insults and mistreatment. The disturbing trend, blamed on a deeply etched patriarchal mindset, claimed the lives of at least 234 women last year, according to an official figure from November.