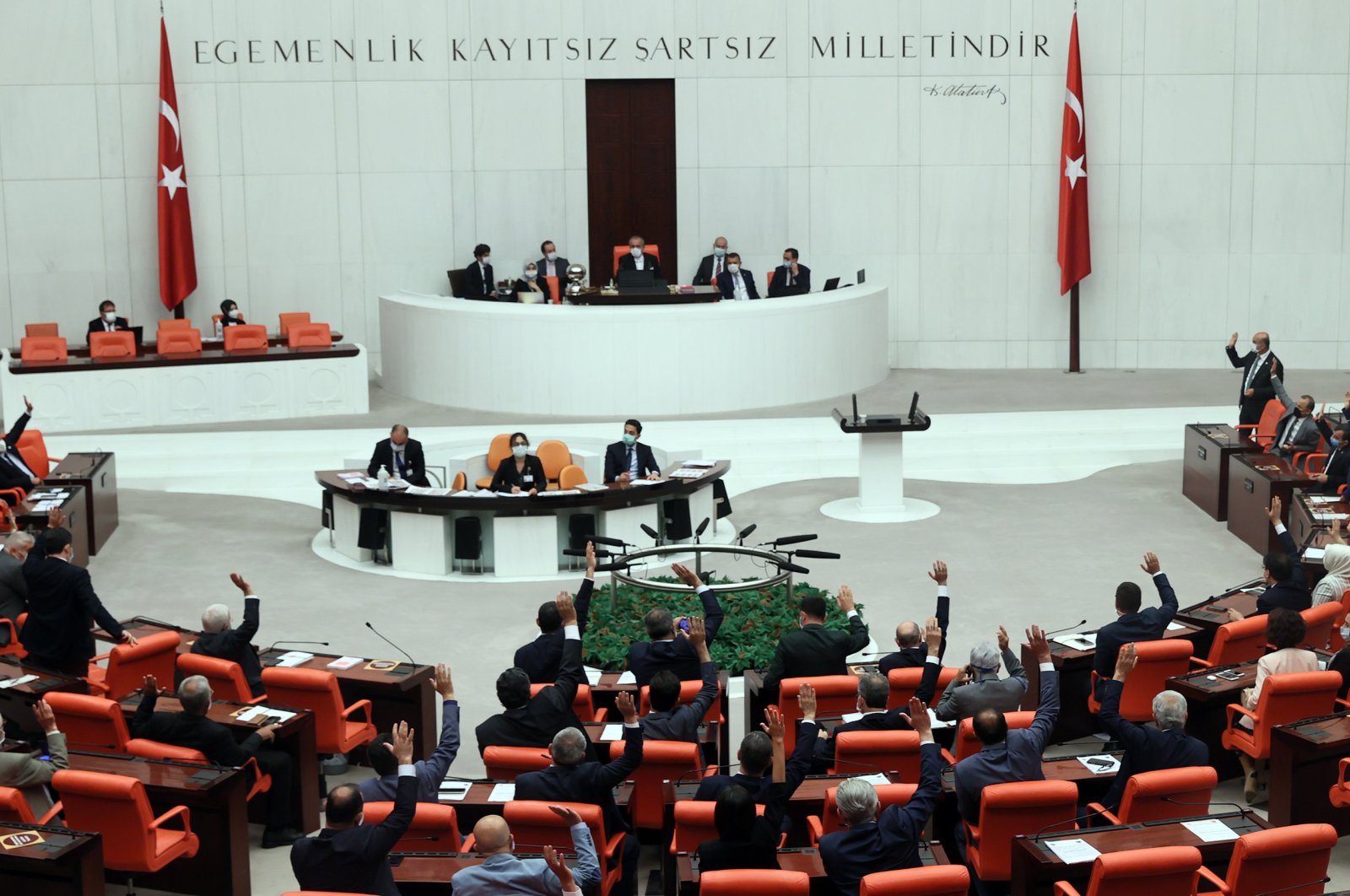 The new constitution draft envisions more civilian liberties for the people and gives the Parliament prerogative to dismiss ministers and vice presidents under some provisions, according to details revealed by an expert

Turkey's ruling Justice and Development Party (AK Party) drafted a constitution proposal that introduces several new features, including allowing citizens to put forth law proposals and giving Parliament the prerogative to dismiss ministers, according to details revealed by an expert.

Professor Yavuz Atar, a constitutional law professor and presidential adviser, was quoted as saying in a column by Abdulkadir Selvi, published on Hurriyet daily on Monday that the draft envisions citizens introducing bills and constitutional change proposals after collecting a specific number of signatures.

The new system will also strengthen Parliament’s power by giving it the prerogative to dismiss ministers under some conditions, Atar said. This will ensure that the president, vice presidents and ministers are held accountable by Parliament, according to Atar.

Atar also noted that the new system would not include a vote of confidence, which he said was a feature of parliamentary systems.

“In the presidential system, the president is directly elected by the people and gets the confidence vote from the people,” Atar said, adding that Parliament’s power would be strengthened by giving it the prerogative to dismiss ministers and vice presidents. In order to dismiss one, Parliament would need an absolute majority with three-fifths of the vote.

Meanwhile, in the new system, the checks and balances would go under revision, as it aims to prevent serious conflict and blockage among the judicial, executive and legislative branches.

Ministers will also verbally respond to questions raised by lawmakers in the new system, according to Atar, who noted that this was one of the features of the parliamentary system abandoned after the presidential system went into effect following the referendum in 2018. Accordingly, ministers will show up at Parliament to respond to questions with the goal of enhancing the legislature’s capacity to inspect.

On a different note, the new constitution will have a completely revised introduction, as the previous one legitimized coups.

“The introduction has been written from scratch, and rather than the old text that legitimized coups, it will highlight the national will, the rule of law, human rights and common national values,” Atar said, adding that it will especially highlight the fact that the Turkish people have the sole power over accepting the constitution.

The new constitution is expected to have 120 to 130 articles in total, which will be determined in line with final evaluations. It is being formed to prioritize civil liberties such as fundamental rights and freedoms, universal standards and international agreements, according to Atar.

President Recep Tayyip Erdoğan on February 1 had announced, "It is time for Turkey to discuss a new constitution again." Then, he said that work had begun for a new and civilian constitution for the people, adding that the 1982 Constitution has lost its validity. He emphasized that the new constitution will be the product of a transparent process.

Amid debates for a new civil constitution, Erdoğan said that Turkey would have a comprehensive, clear, democratic and liberal constitution to guide the country in the upcoming century. He wants Turkey to have a civilian-drafted constitution by 2023, coinciding with the centenary of the foundation of the Republic of Turkey. He also underlined that the doors are open for all political parties to contribute to constitutional reform.

The AK Party last month completed its work on a draft constitution.