Unanswered questions in Washington's support for the YPG/PKK 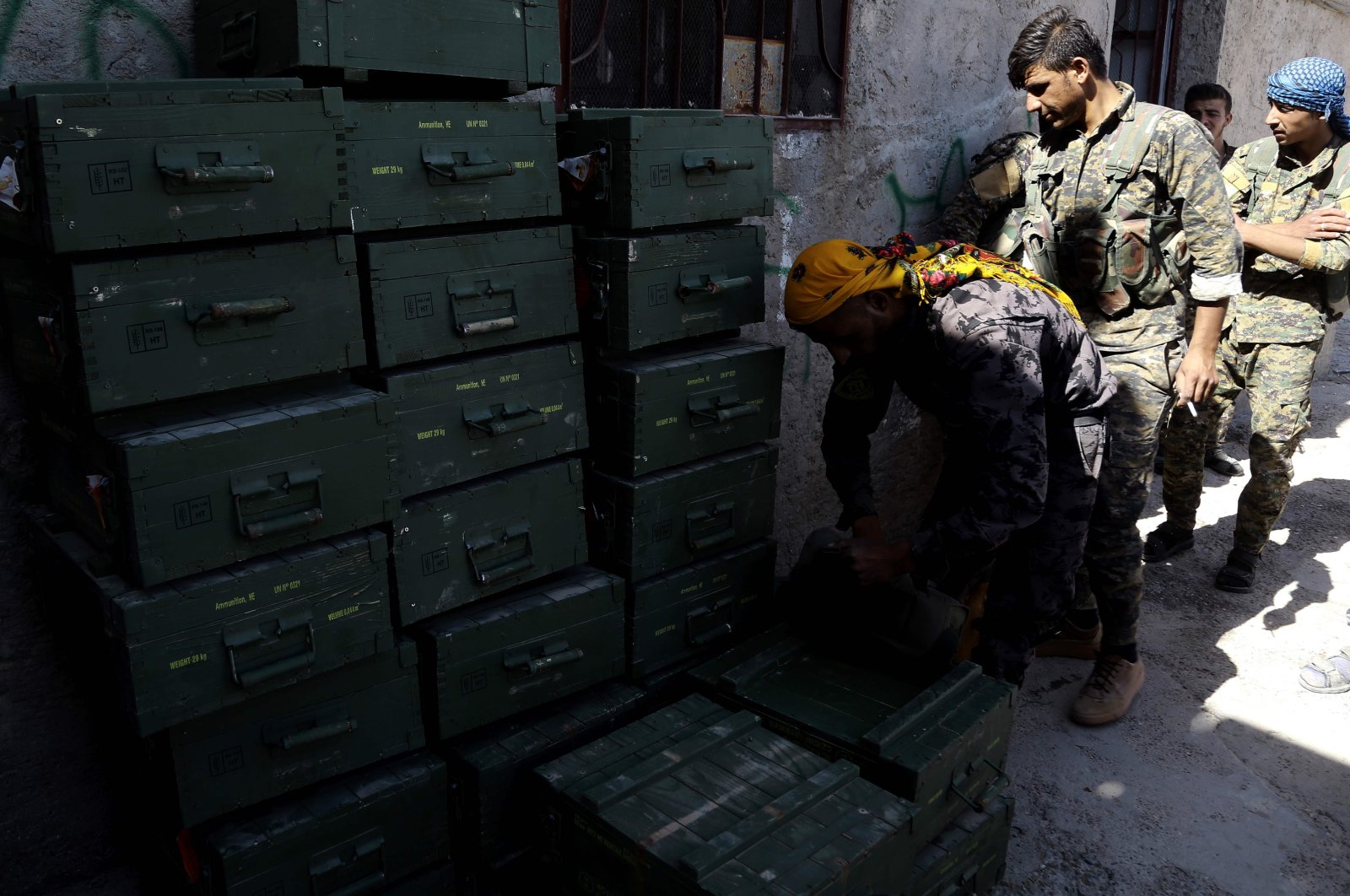 The most recent meeting of the Turkish and Russian presidents in Sochi last week can be seen as a road map of what can happen in Syria in the coming period.

Despite the differences of opinion, especially in the field and in different areas on the table, there are important topics that Turkey and Russia have agreed on in Syria. In fact, the territorial integrity, sovereignty and protection of the unitary structure of Syria are among the issues that neither country will compromise on.

In addition, another important point that Ankara and Moscow have now agreed on is that they want the United States to withdraw from Syria. President Recep Tayyip Erdoğan clarified Turkey's stance on the issue while answering journalists' questions on the presidential plane on his return from Sochi to Ankara.

Clearly, Moscow and Ankara's planned steps will likely put diplomatic and political pressure on the U.S. to withdraw from Syria.

Perhaps, we will also see more statements from the Assad regime asking what the U.S. and over 60,000 of the PKK terrorist group's Washington-backed Syrian branch, the YPG, are doing on Syrian soil.

In this sense, Erdoğan's two other important messages relayed at Sochi are becoming much more meaningful. One of them is that Turkey directly conveyed its discomfort with the fact that the PKK/YPG was hosted in Moscow by Russian President Vladimir Putin. Another is the president’s extremely clear statements regarding Brett McGurk, the Middle East and Africa coordinator at the White House and one of the architects of divided Iraq today. Although the statement regarding how close McGurk is to the terrorist organization, acting almost as the director of the PKK-YPG, occupies an important place among the headlines in Turkey, Washington still remains mute and insensitive to the issue.

Meanwhile, nowadays, we as journalists in Ankara are faced with a number of important questions that we cannot get an answer to. The unanswered questions require answers from the U.S., and we have been unable to receive any reactions from Washington or its representatives in Turkey.

The first of these questions is why McGurk maintains such a close relationship with the PKK/YPG terrorist organization.

Second, while there is much evidence regarding the shipment of armed vehicles, weapons and ammunition that the U.S. military has provided to the PKK/YPG, the question of whether these are used only against Daesh is another question that Washington has not answered.

Another important question that Washington needs to answer is the allegations of a name on the executive staff of the PKK/YPG, who made a statement to the British newspaper last week.

The notorious ringleader of the YPG, Ferhat Abdi Şahin, code-named Mazloum Kobani, who is on Turkey’s most wanted terrorist list, said U.S. President Joe Biden has promised not to abandon the YPG/PKK in Syria like he did Afghanistan.

The terrorist told The Times that the head of U.S. Central Command (CENTCOM), Gen. Kenneth Frank McKenzie, was sent by the White House to personally reassure him.

A further question is why the U.S., which has found the decadeslong fight against terrorism too costly, now prefers arming a terrorist organization in Syria rather than employing a private security firm instead of a military company as it did in Iraq and Afghanistan. In other words, whether the officials in the White House, who claim to work with the PKK/YPG only as a tactical partner in the fight against Daesh, have a goal far beyond this remains a very reasonable and reputable question.

In fact, in an interview with The Times, Şahin claimed that the U.S. policy on Syria is completely different from its policy on Afghanistan. For this reason, another important question here is what Washington is promising the terrorist organization – and in exchange for what.

One of the questions that Washington has to answer and explain is whether the support worth $2 billion given to the PKK/YPG over the past five years has been used only to fight Daesh.

According to Betül Usta, who is the Sabah daily's senior diplomacy correspondent, the U.S. defense budget of $778 billion allocated $177 million in aid to the YPG in 2022. This covered the salaries paid to terrorists, training, living materials, logistics support, as well as equipment such as missiles, rifles, heavy weapons, mortars, rocket launchers and maintenance and repairs of this equipment.

Usta also reports that, considering the additional payments made in the last five years – the support provided by the U.S. to the YPG, against which NATO ally Turkey is fighting – has approached $2 billion.

By leaving these questions unanswered, Washington in a way is confirming the recent statements by Turkish officials and Erdoğan. The president said on Sept. 24 that the U.S. is currently supporting terrorist organizations much more than expected, adding that the two NATO allies should be in a very different position.

Perhaps, the questions listed above will be the subject of negotiations between U.S. President Joe Biden and President Erdoğan, who are expected to meet on the sidelines of the G-20 summit in Rome at the end of this month.

Whether we can get answers to these questions is unclear. However, these days, when the U.S. has problematic relations with almost all of its former allies, as long as legitimate and justified questions remain unanswered, the situation exposes who is actually being honest.

Since Washington has not answered these questions and denied the allegations, Turkey appears to be correct in its claims.