What is the new equation in East Med with Turkey, Libya and Egypt? 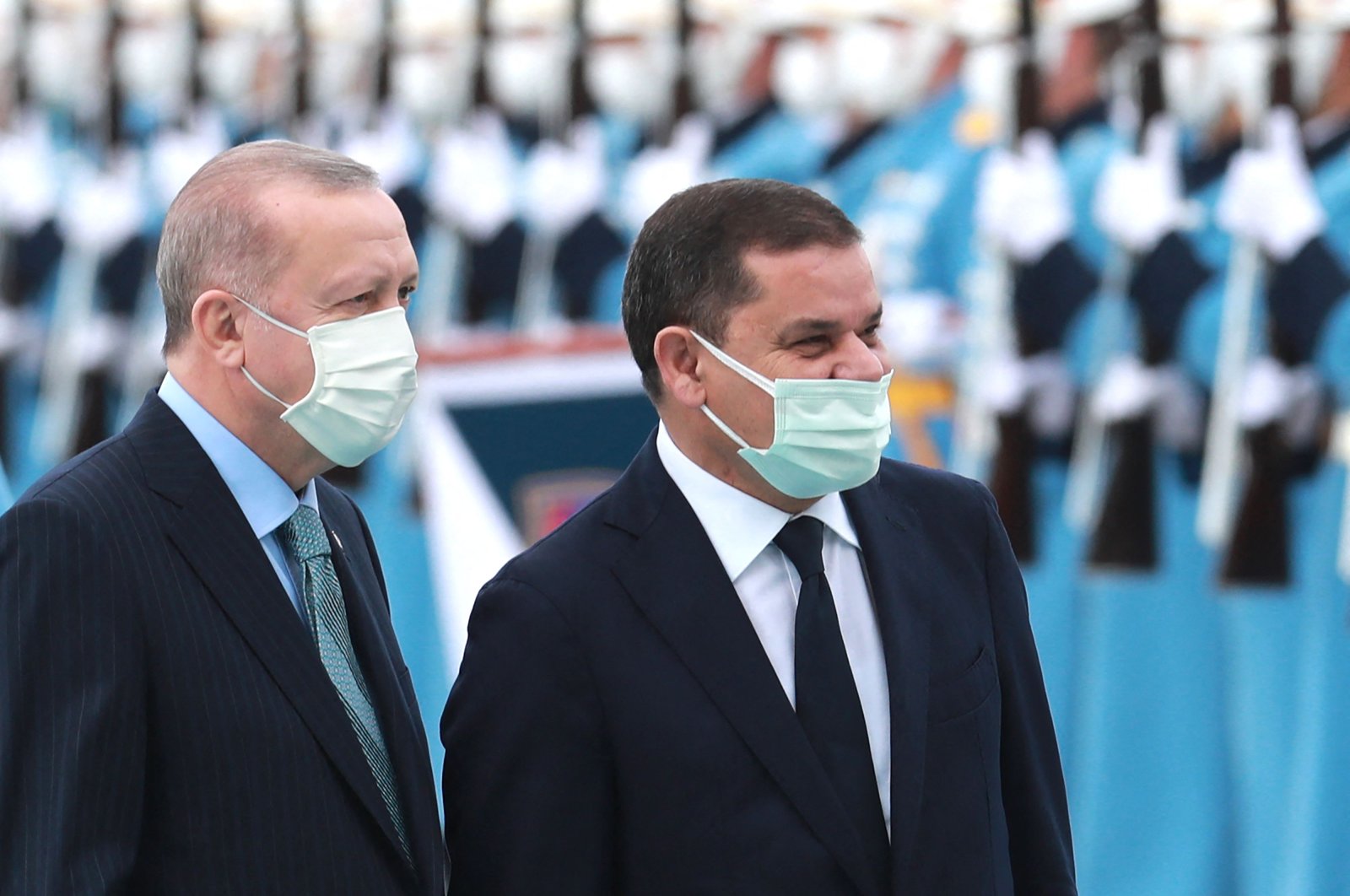 The cities of Istanbul and Ankara have recently been congested by an intense flow of diplomatic traffic. Last week's visit by the EU leaders, which was undermined by the "sofa gate" crisis, and the visit of Ukraine's President Volodymyr Zelenskiy, who is once more facing a major battle with Russia in the region's hottest conflict zone, are just a few of the most recent visitors.

At the beginning of the week, Ankara hosted another very important guest. Abdul Hamid Dbeibah, the Prime Minister of Libyan National Unity Government, and 14 ministers accompanying him were received in Ankara by President Recep Tayyip Erdoğan. This visit, which is considered a historic moment, was a nod to the bilateral relations, the outcomes of the limited maritime jurisdiction agreement signed in November 2019 and the cease-fire reached in the country last year.

After the war that broke out in 2011, Turkey supported the national reconciliation government, which has international legitimacy representing the Libyans, the country's true proprietors, but it became a deterrent force in the country, both diplomatically and militarily, in the face of the illegitimate putschist Gen. Khalifa Haftar and his supporters. Turkey also exerted great efforts on the field and at the negotiating table to secure the cease-fire.

Evidently, Turkey did not do this only for geopolitical gains and underlined at every point along the way that its actions were motivated by the centuries of cultural, historical and social common ground shared between the two nations. In fact, the nature of the relationship between the people of the two countries is first and foremost fraternal.

On the other hand, it seems that this fraternal bond is difficult to understand for countries like Italy, France, Russia, Greece and the United States, which have had one-sided relationships with Libya for many years. Representatives of these countries have intensified shuttle diplomacy to Libya for months and now seek to take the lion's share of Libya's potential. This is made evident by the fact that the prime ministers of Malta, Greece and Italy have all repeatedly knocked on Libya's door in recent weeks. All parties are interested in signing a deal similar to the one Libya struck with Turkey which allows it concessions. But despite these efforts, they have all returned empty-handed so far, having not managed to ink a similar maritime authorization agreement.

In this sense, Italian Prime Minister Mario Draghi's insulting statements against Turkey and President Erdoğan, while Dbeibah was in Ankara, should not come as a surprise at this point.

However, Draghi is not the only one who wants to overshadow Dbeibah's visit to Turkey as Greece goes to great lengths to sabotage Turkey. Greece, which has recently been making efforts to normalize diplomatic relations with Libya, wants Tripoli to ditch the maritime jurisdictions agreement with Ankara for a similar deal with Athens.

As it will be remembered, Muhammad Menfi, who is now the president of the Libyan Presidential Council, was declared persona non grata by Athens because he did not reject this agreement with Turkey when he was ambassador in Greece. In Athens, where his hand was strengthened last week, Menfi reminded Mitsotakis that under the Geneva Agreement, the Presidential Council could not conclude any international agreements, underlining that it is under the authority of the Libya’s legitimate administration, the Government of the National Accord (GNA).

Now Libya and Turkey have a lot to get done in order for the former to recover and prosper. During Dbeibah’s visit, the joint determination of the two countries was emphasized in the talks between leaders, ministers and delegations. Deals for projects in a wide range of sectors were signed, from energy, technology and defense to construction, media, informatics and health. The fact that Turkey sent 150,000 doses of COVID-19 vaccines to Libya during this pandemic was a small but meaningful symbol of the brotherhood between the two countries.

On the other hand, given the fact that Hafter and his supporters are still active in Libya, forces loyal to the putschist could use asymmetric methods to overshadow the cooperation between Turkey and Libya, something both Ankara and Tripoli are aware of. Hafter is still provided with weapons, ammunition and mercenary support by Russia, the United Arab Emirates (UAE) and Egypt, while France, Italy and Greece as a trio continue to put diplomatic pressure on the country.

Meanwhile, another important development for Ankara that impacts relations within both players in the Eastern Mediterranean and Libya is that resuming diplomatic relations with Egypt. Foreign Minister Mevlüt Cavuşoğlu spoke with his Egyptian counterpart Sameh Shoukry on the phone over the weekend after a three-year break.

Çavuşoğlu also told the media during the week that mutual visits with Egypt would take place in May, as the two countries enter a new era. He added that the talks will begin at the primary level between the deputy ministers of the two countries and noted that the nations may appoint respective ambassadors in time.

Recently, both sides have signaled that relations are on course to normalize. Egypt signed a maritime jurisdiction agreement with Greece similar to the one Turkey and Libya signed. While Egypt did not completely ignore Turkey's sensitivities in the process, Cairo believes the deal with Greece does them more harm than good and has understood that Turkey is the right partner for its interests in the Eastern Mediterranean. After all, positive messages from Cairo came in gradually in response to Ankara's positive messages.

Egyptian Foreign Minister Shoukry on Monday said Egypt is eager to strengthen bilateral relations based on international law and develop a dialogue with Turkey that benefits both sides. Speaking to an Egyptian local broadcaster, he said that they appreciate Turkey's recent remarks and gestures and underlined the importance of laying a foundation that determines the framework of bilateral ties.

All these developments bear strong signs that a new era is taking shape in the Eastern Mediterranean equation, especially between Libya, Egypt and Turkey. Ankara has shown Libya that it is a committed and reliable partner in this regard, and says it is willing to sit at the table with Egypt and come to another agreement in the Eastern Mediterranean.

Now, just as with Libya, important symbolic developments will take place in the coming period in relations between Egypt and Turkey which are deeply rooted in history. It seems inevitable that the national interests of the three countries will align in the geopolitics of the Eastern Mediterranean.

But Ankara, Tripoli and Cairo must be prepared for sabotage and intervention by Greece, as well as attempts to undermine the potential for new equations in the region.