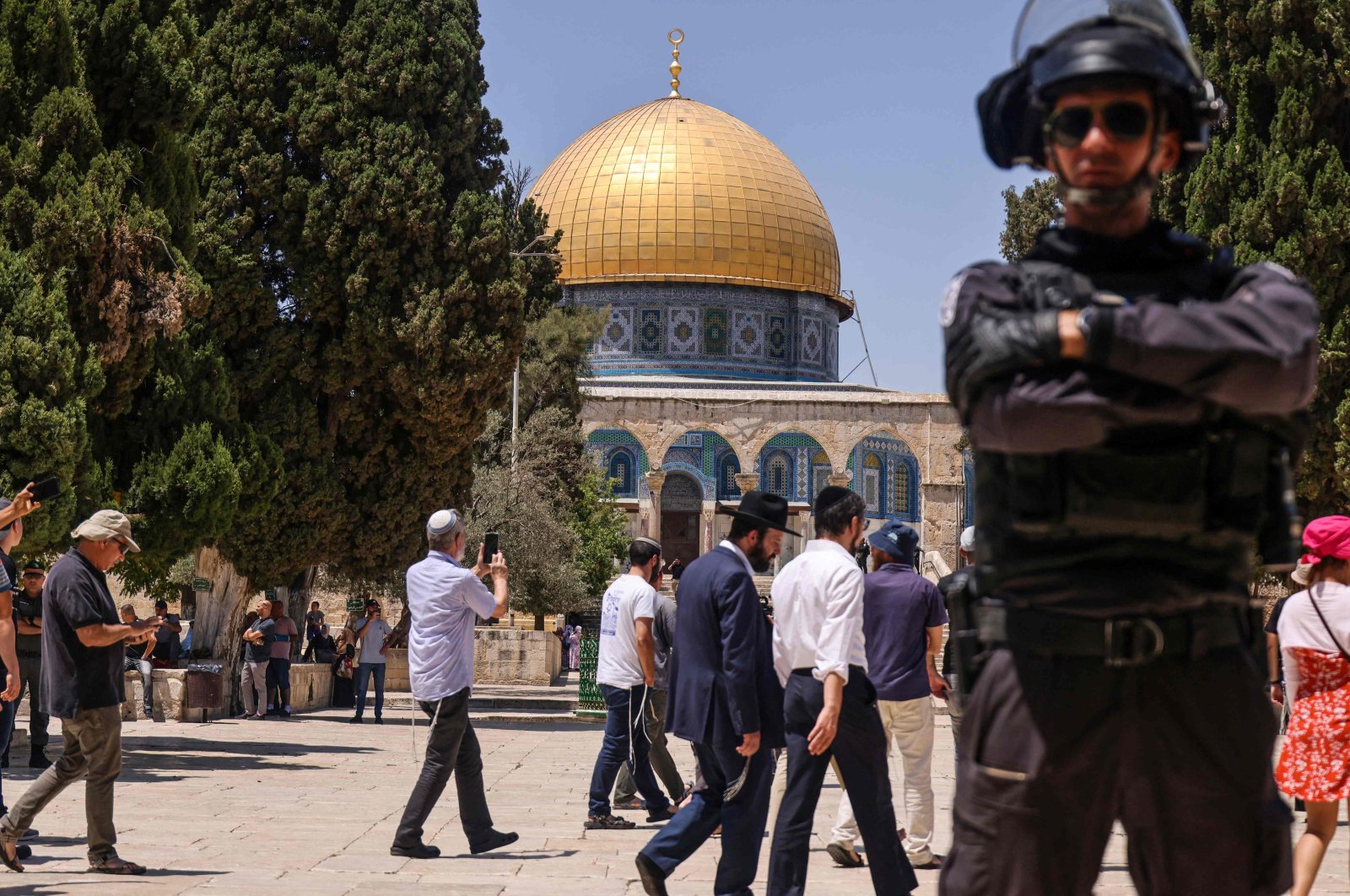 The Foreign Ministry said in a written statement: "We condemn Israeli forces violating the sanctity of the Haram al-Sharif once again by allowing racist (Israeli) groups to raid Al-Aqsa Mosque, interrupting worshiping Palestinian civilians with stun grenades and detaining some Palestinian civilians, including children and women, in images that offend human dignity."

The statement added that it was "extremely dangerous" for such provocations to continue in the current environment where the tension caused by Israel's attacks on Al-Aqsa Mosque in May is still fresh in minds.

"We reiterate our call on the Israeli government to end these provocative acts and attacks as soon as possible," it added.

More than 500 Israeli settlers forced their way into the Al-Aqsa Mosque complex on Sunday amid tension over a planned setter incursion into the flashpoint site, according to a Palestinian agency.

In a statement, the Islamic Endowment Department in Jerusalem said the settlers broke into the complex through its Israeli-controlled Al-Mughrabi Gate, southwest of the mosque, and performed their rituals inside.

On Saturday, hundreds of settlers staged a march in occupied East Jerusalem ahead of their planned incursions.