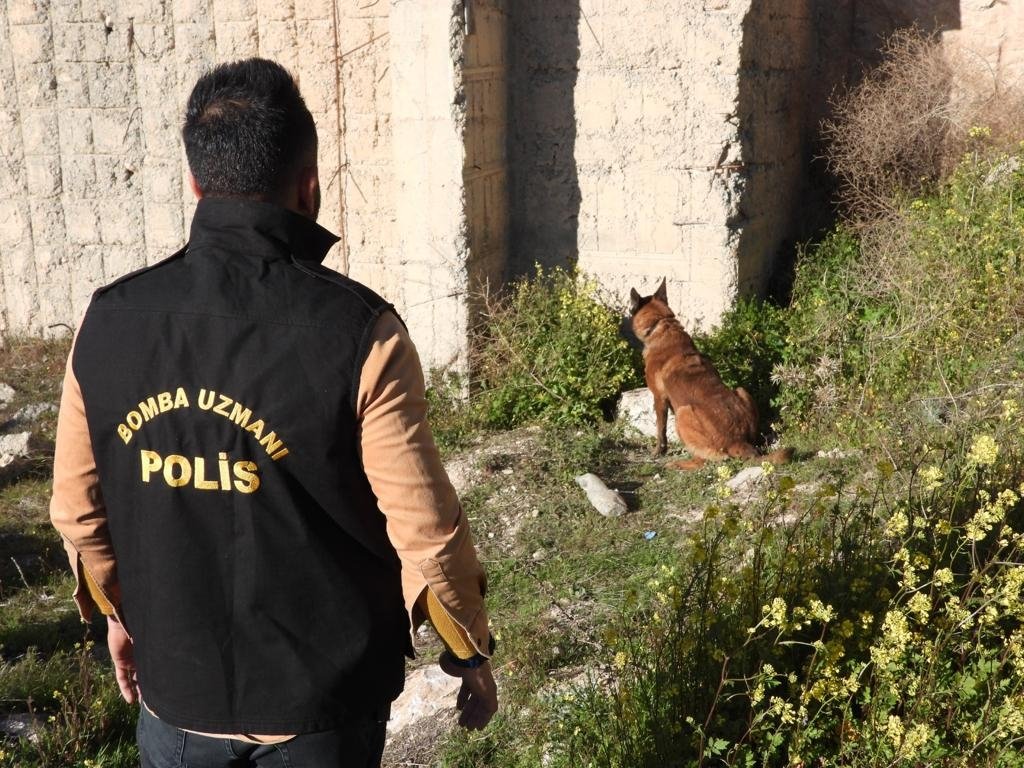 A bomb disposal expert participates in a detonating operation with a police dog near the Şanlıurfa-Adıyaman road on Friday, March 12, 2021 (Interior Ministry Handout)
by DAILY SABAH Mar 12, 2021 9:17 pm
RECOMMENDED

Turkish security forces nabbed a YPG/PKK terrorist illegally attempting to enter the country through the Syrian border, and foiled a plot by the terrorists to detonate explosives, the Interior Ministry said Friday.

In a joint operation by the General Directorate of Security and the Şanlıurfa Police, security forces detained four individuals near the border in Suruç district, the statement said, adding that one of the suspects was a terrorist who fought for the YPG/PKK in Syria.

Police confiscated 100 handmade and two fabricated detonators and a USB stick, which revealed the locations of improvised explosive devices (IEDs) near the quarries on the Şanlıurfa-Adıyaman road.

Experts detonated over 10 kilograms of explosives planted by the terrorists, the statement said.

The PKK terrorists have killed tens of people, including civilians, in roadside bomb attacks in southeastern Turkey.

Over the course of its more than 40-year terror campaign against Turkey, the PKK, listed as a terrorist organization by Turkey, the U.S. and the European Union, has been responsible for the deaths of 40,000 people, including women, children and infants.

The YPG, which is the Syrian arm of the PKK terrorist organization and backed by the U.S. under the pretext of fighting Daesh, previously received numerous condemnations by international human rights bodies, including Human Rights Watch (HRW), Amnesty International and the United Nations, for its human rights violations, including arbitrary arrests, forced recruitment of child soldiers and the forced relocation of local people.