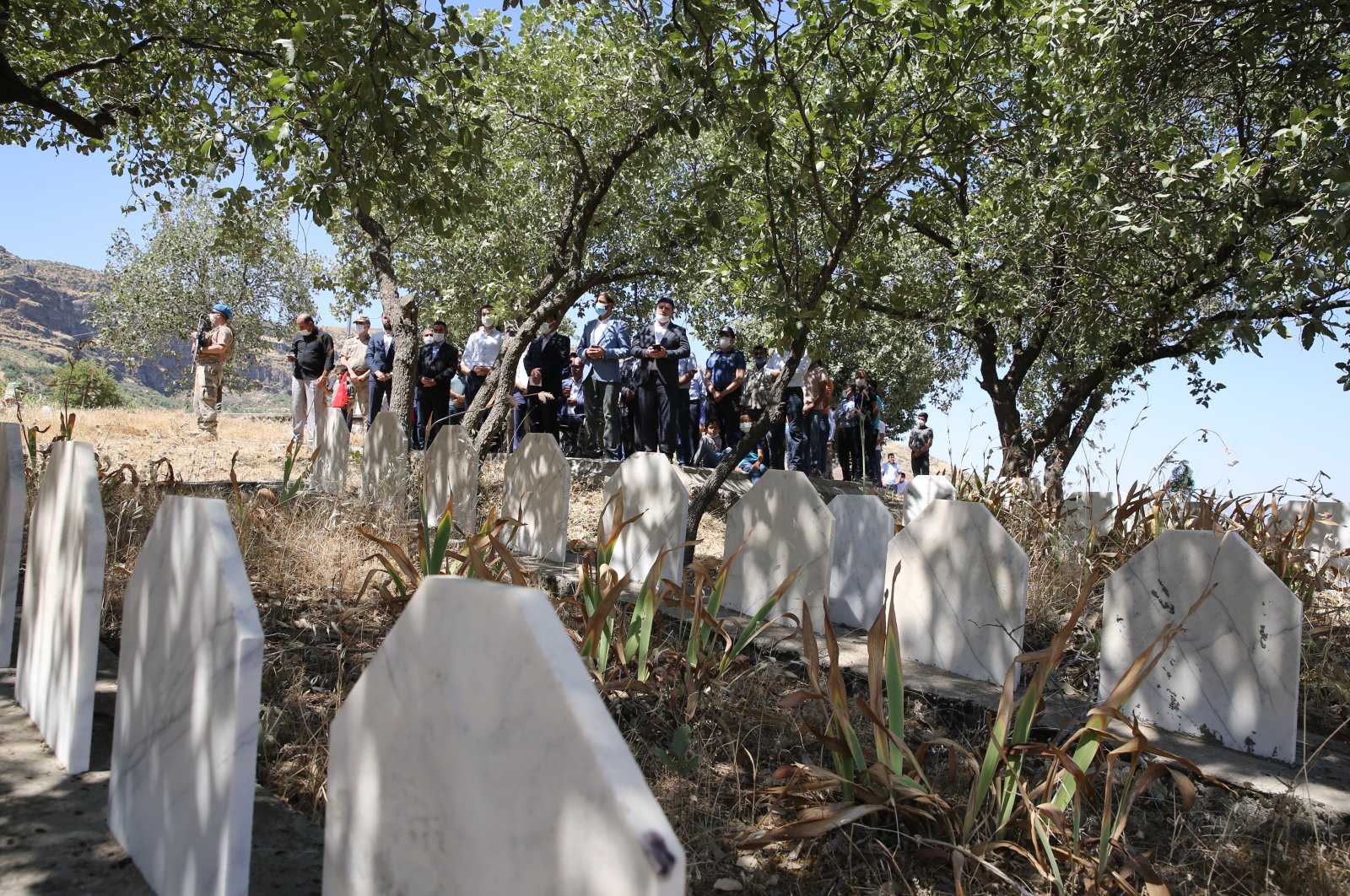 Twenty-seven civilians, including 12 children, who were killed by PKK terrorists in Turkey’s Şırnak three decades ago were commemorated in a ceremony, while 32 families gathered in Van to protest their children’s abduction by the terrorists.

“I condemn the terrorist organization for their slaughter,” Çevrimli village mukhtar Ibrahim Özbey told Anadolu Agency (AA) Thursday, adding that the terrorists indiscriminately killed everyone, including children, women, the elderly and even pregnant women.

The massacre in Çevrimli village took place in June 1990, a time when PKK terrorists carried out incessant attacks targeting civilians in southeastern Turkey.

Emin Yıldız, a 41-year-old man who lost his father in the attack expressed that his family still feels the pain.

“We were nine siblings and became orphaned after the attack,” he said and noted that he was only 10 years old when the attack took place.

Meanwhile, in Turkey's eastern Van province, 32 families gathered to protest the PKK’s abduction of their children.

Marching on Cumhuriyet Avenue, the families held placards saying “Enough is enough, leave us alone!” “Our children won’t be anyone’s pawns” and “We want our children back.”

The families walked toward the pro-PKK Peoples’ Democratic Party (HDP) headquarters in the city and urged their children to surrender to Turkish security forces.

Eyüp Baran, whose son was kidnapped by the PKK when he was just 9-years-old, claimed that his son was abducted by HDP officials.

“They kidnapped my child and took him to the mountain. I’ve been searching for him for years now,” Baran said, adding that he will continue to protest until his son arrives home.

The protest started when Hacire Akar turned up at the doorstep of the HDP’s Diyarbakır office one night in 2019 after her son was abducted by the PKK. Akar’s son Mehmet returned home on Aug. 24, giving hope to the other families. On Sept. 3, 2019, families inspired by Akar transformed her solo stance into a collective sit-in protest.