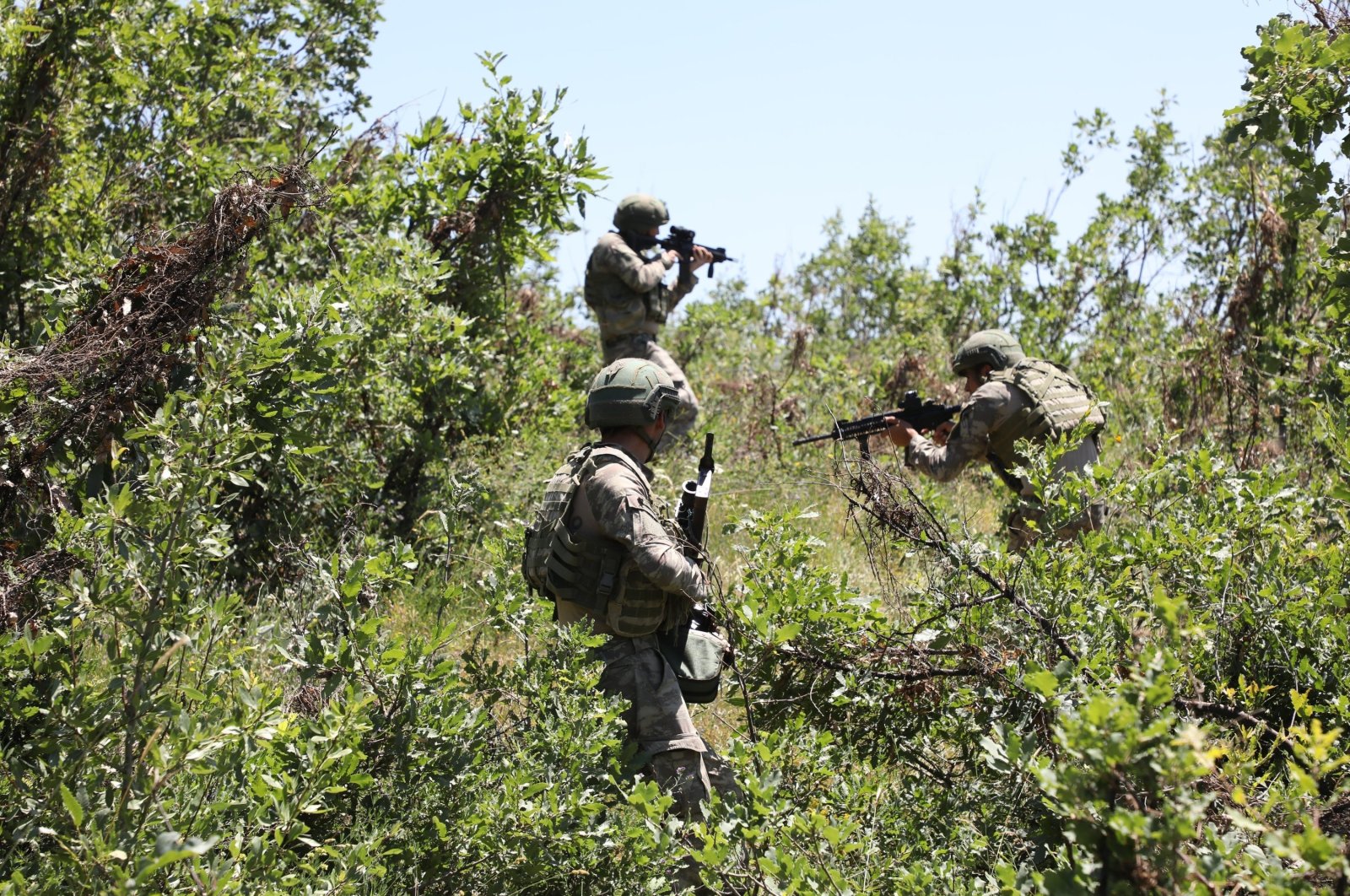 Hakan Ateş, codenamed Serdar Pir Avesta, who has been operating in northern Iraq since June 2015, was active in the so-called Patriotic Revolutionary Youth Movement (YDG-H), a PKK offshoot, and personally involved in the terror group's activities and recruitment affairs.

Ateş, who was responsible for the logistics activities of the PKK in the Hakurk region, was also among the most trusted names of the terrorist group.

According to the information received from security sources, the MIT surveilled Ateş in northern Iraq and identified a secret area used by PKK terrorists.

Ateş was killed in an operation carried out on 22 June near the Birkim village of Hakurk in Iraq.

The ministry added that the country's fight against terrorism and terrorists continues uninterruptedly and decisively.

Recently, a terrorist named Hasan Adır, who was allegedly the senior figure responsible for the Sulaymaniyah area in northern Iraq, was killed in an MIT operation in the area.

In June, the PKK terrorist group’s so-called Makhmour regional leader in northern Iraq code-named “Doctor Hüseyin” was eliminated in a joint operation by the MIT.

Announcing the operation, Turkish President Recep Tayyip Erdoğan said that Turkey would not allow the "treacherous and separatist organization" to use Iraq's Makhmour district as an "incubation center" for terrorism. "We will continue to eradicate terrorism at its source," he stressed.

Turkish intelligence discovered that the camp was as important as Qandil for the PKK terrorists and that they were recruiting and training members for their activities under the guise of the camp. The Qandil Mountains in northern Iraq are the PKK's stronghold and the group is active in many cities and towns. It occupies a large number of villages in the region and launches attacks on Turkey's interior from here.

It was also reported that the PKK terrorist group sends members from Europe to northern Iraq to disrupt the stability and peace in the region.

The terrorist group has also tried to establish a strong presence in Turkey’s eastern and southeastern provinces.

In recent years, however, record numbers of PKK terrorists have been surrendering thanks to Turkey's determined domestic and cross-border counterterrorism operations.