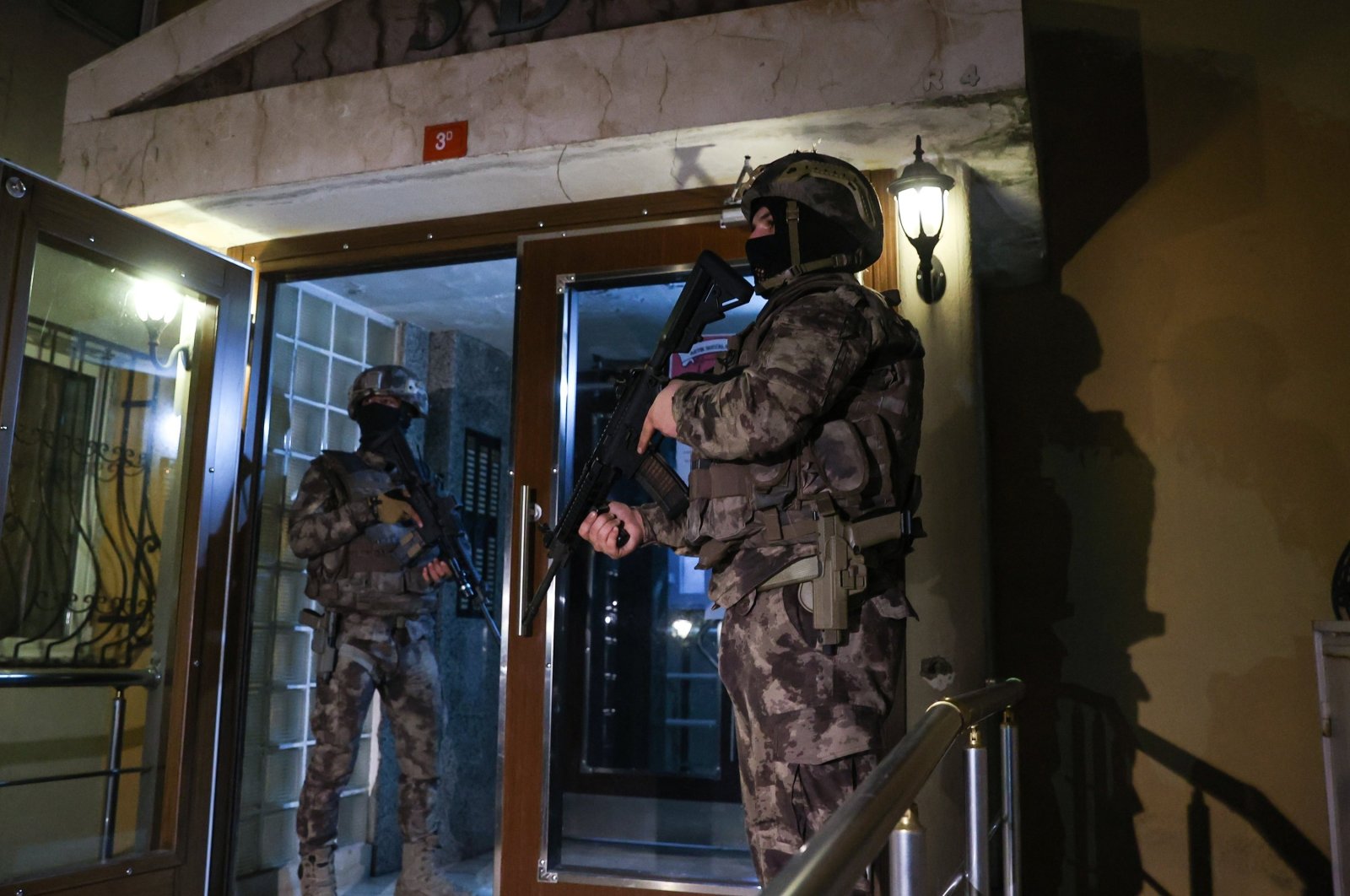 A total of 465 high-ranking terrorists belonging to organizations like the PKK and Daesh have been eliminated in operations since 2015.

Information about the wanted terrorists' identities, photographs and details about the organizations they belonged to have been shared on the website "www.terorarananlar.pol.tr" according to information obtained by Anadolu Agency (AA) from security sources.

The wanted terrorists are organized on the website in five categories: red, blue, green, orange and gray, according to their seniority in the terrorist organizations they belong to.

Since the beginning of the year, nine high-level terrorists, two of whom are classified as red, three as orange and four who fall into the gray category, have been eliminated.

Of the terrorists that were killed, 401 operated in the PKK, 16 operated in the DHKP-C, 15 were members of Daesh, nine operated in the MLCP, seven were FETÖ members, six were operating in the TKP / ML, three in Hezbollah and two were in the ranks of THKP-C.

Turkey has been simultaneously battling multiple terrorist organizations at once through both domestic and cross-border operations.

DHKP-C pursues a far-left ideology and has been actively carrying out attacks and assassinations in the country since the 1980s, but its campaign of violence hit a snag when faced with Turkey’s barrage of anti-terror operations.

In 2013, Turkey became one of the first countries to declare Daesh a terrorist group. The country has since been attacked by the terrorist group multiple times, with over 300 people killed and hundreds more injured in at least 10 suicide bombings, seven bomb attacks and four armed assaults. In response, Turkey launched counterterrorism operations at home and abroad to prevent further attacks.

FETÖ maintained a large network of infiltrators in the judiciary, law enforcement, bureaucracy and military for a long time. In past years, hundreds of investigations were launched across the country to unveil this intricate network.