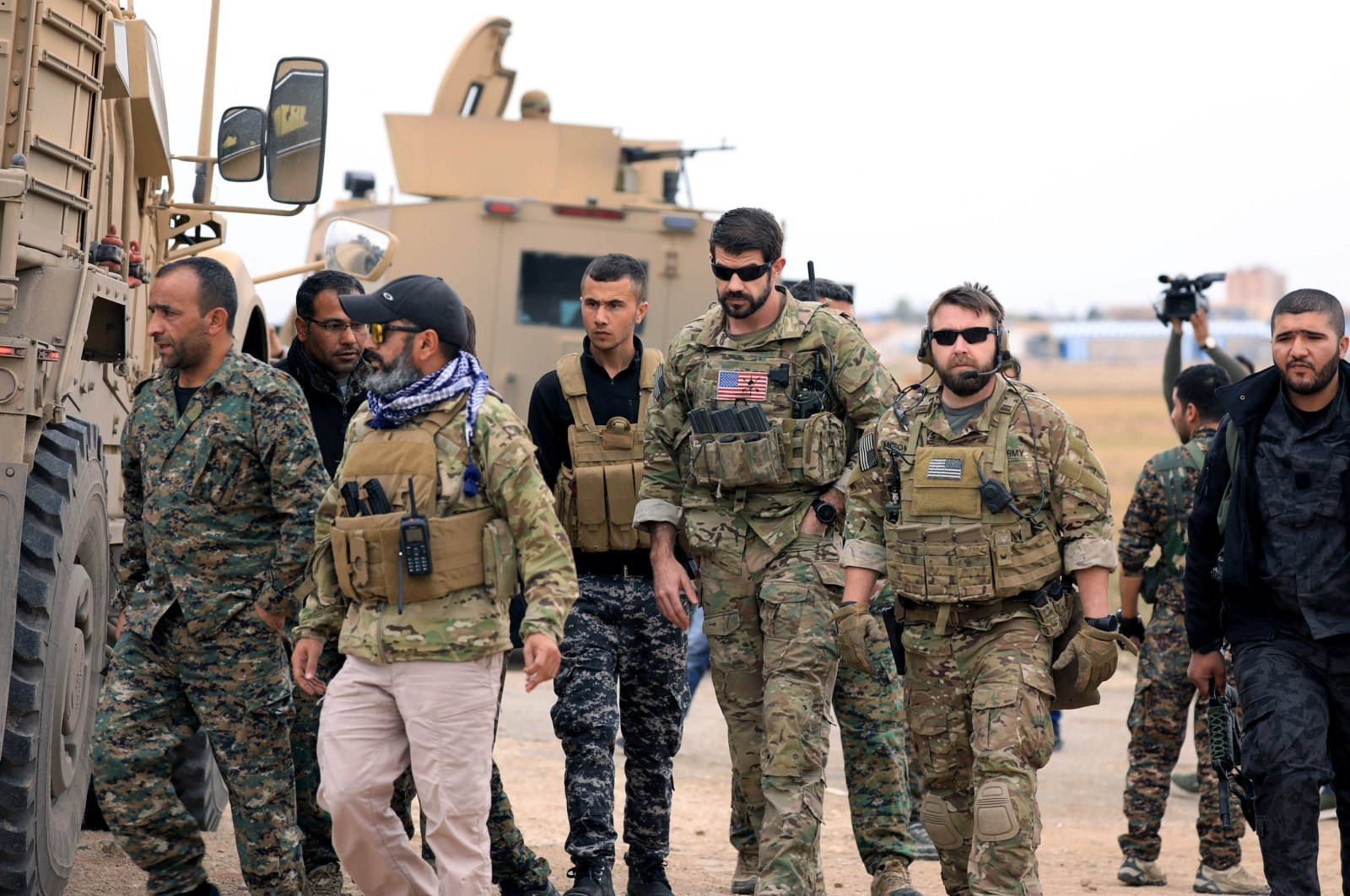 YPG terrorists and U.S. troops are seen together during a joint patrol near the Turkish border in Hassakeh, northeastern Syria, Nov. 4, 2018. (Reuters Photo)
by DAILY SABAH WITH AA Aug 22, 2021 11:28 am
RECOMMENDED

The PKK terrorist group's Syrian branch, the U.S.-backed YPG, abducted 28 people in Syria's northern province of occupied Raqqa to join its armed group by force under the guise of "mandatory military service," according to sources.

Terrorists from the YPG/PKK stormed Mansura in the western countryside of Raqqa on Friday, according to sources who asked not to be named due to restrictions on speaking to the media.

The terrorist group abducted the young people who were picnicking with their families on the banks of the river at a resort, said sources.

They were taken to so-called training camps in the Tabqa district in Raqqa.

The YPG/PKK will continue to forcibly take young people from the city center of Raqqa and in rural areas to add to its armed staff, local sources emphasized.

The YPG commits rights violations under the guise of fighting the Daesh terrorist group without anyone holding them accountable.

A United Nations report this year stated that the PKK terrorist organization’s Syrian wing, the YPG, has been recruiting children to fight among its ranks, adding that the organization has enlisted at least 400 children in the past two years.

The YPG used 318 children in its ranks to fight, while its women's branch, the YPJ, used 99, the report added.

It was also reported that the YPG forcibly recruited 2,700 young people in the country's northeastern Hassakeh province.

Under the pretext of fighting Daesh, the U.S. has provided military training and given truckloads of military support to the YPG, despite its NATO ally’s security concerns. While underlining that a country cannot support one terrorist group to fight another, Turkey has conducted its own counterterrorism operations, over the course of which it has managed to remove a significant number of terrorists from the region.

Turkey aims to prevent the YPG from establishing a de facto autonomous region in northern Syria, which would border Turkey and connect the so-called northwestern Afrin canton to the so-called Kobani (Ain al-Arab) and Jazeera cantons in the northeast. Ankara describes this as a “terror corridor” posing a grave security threat to its national security, underlining its possible impact on the PKK’s activity within Turkish borders.