US envoy celebrates Nevruz with YPG terrorist leader in Syria 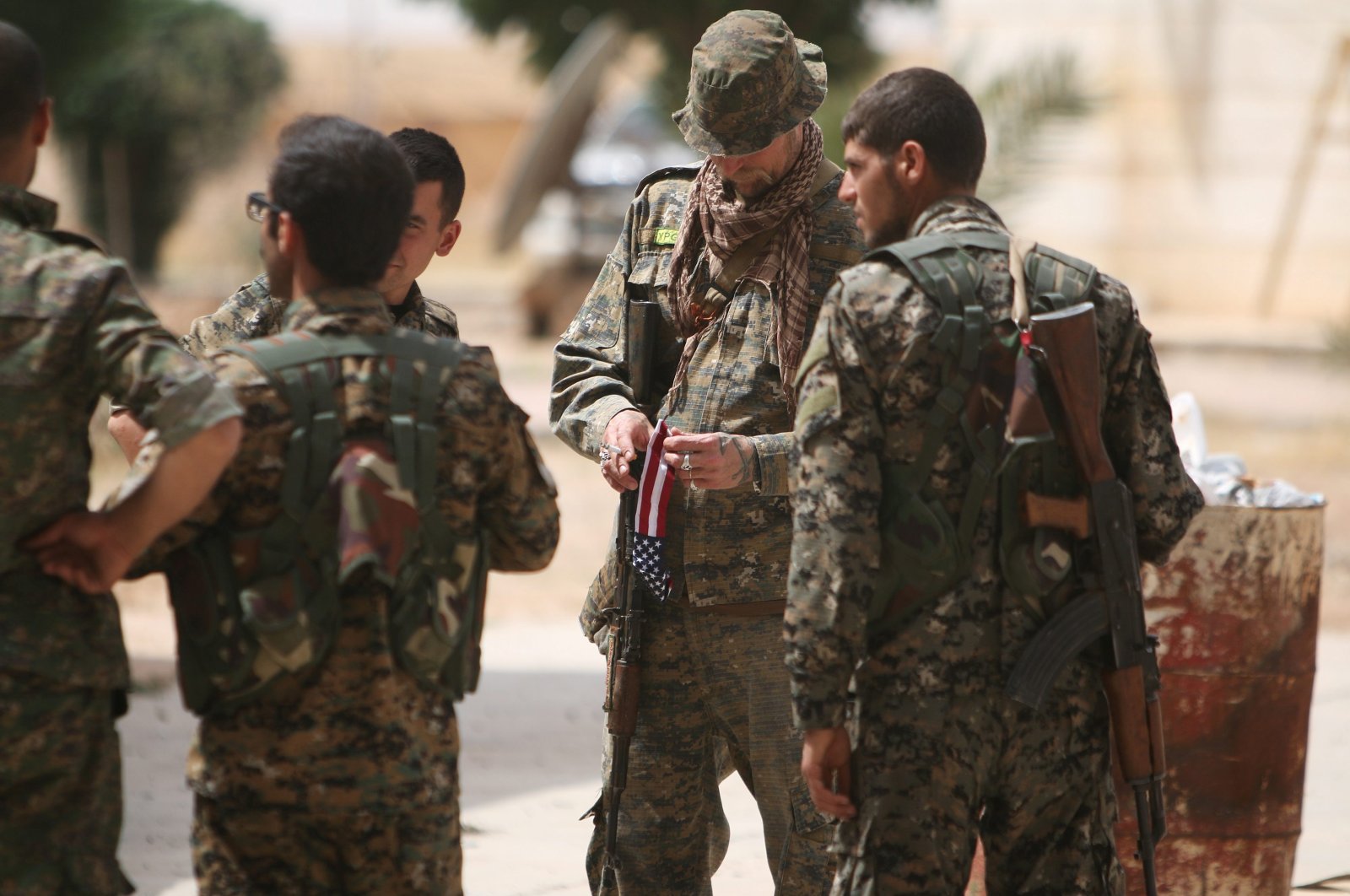 A U.S. fighter, who is fighting alongside YPG terrorists, carries his national flag as he stands with YPG members in the northern province of Raqqa, Syria, May 27, 2016. (REUTERS Photo)
by DAILY SABAH Mar 21, 2021 12:56 pm
RECOMMENDED

The United States deputy special envoy to Syria celebrated Nevruz with the leader of the YPG, the Syrian branch of the PKK terrorist group, Ferhat Abdi Şahin, codenamed Mazloum Kobani, despite its NATO ally Turkey's concerns over the terrorist group and Washington's recognition of the PKK as a terrorist organization.

David Brownstein on Saturday met with Şahin, who is a notorious terrorist on Turkey’s most-wanted list, and the two lit a fire together to mark the Nevruz celebrations.

The U.S. primarily partnered with the YPG in northeastern Syria to fight the Daesh terrorist group. Turkey strongly opposed the terrorist group’s presence in northern Syria and the formation of a terror corridor, which has been a major sticking point in strained Turkey-U.S. relations. Ankara has long objected to the U.S.' support of the YPG, a group that poses a threat to Turkey and terrorizes local people, destroying homes and forcing them to flee. While underlining that a country cannot support one terrorist group to fight another, Turkey conducted its own counterterrorism operations, over the course of which it has managed to remove a significant number of terrorists from the region.

Under the pretext of fighting Daesh, the U.S. has provided military training and given truckloads of military support to the YPG, despite its NATO ally’s security concerns. The U.S. has a total of 11 bases in the provinces of Hassakeh, Raqqa and Deir el-Zour, which are currently under the control of the YPG. Interpol currently has a Red Notice warrant out in Şahin’s name for playing a crucial leadership role in the YPG. He is the adopted son of the PKK’s imprisoned founder Abdullah Öcalan, who is now serving a life sentence in a Turkish prison. Şahin had been invited by White House officials to Washington, despite the fact that he is a wanted terrorist. Turkish officials have criticized the U.S. for delays and inconsistencies in their pledges to cooperate against the YPG.

Şahin last month stated that the YPG will prepare a “joint program” with the administration of newly elected U.S. President Joe Biden, signaling that Washington is eager to continue its trend of supporting terrorist forces in the region.

The PKK – is listed as a terrorist organization by Turkey, the U.S. and the European Union – has waged a terror campaign against Turkey for more than 40 years and has been responsible for the deaths of nearly 40,000 people, including women and children.