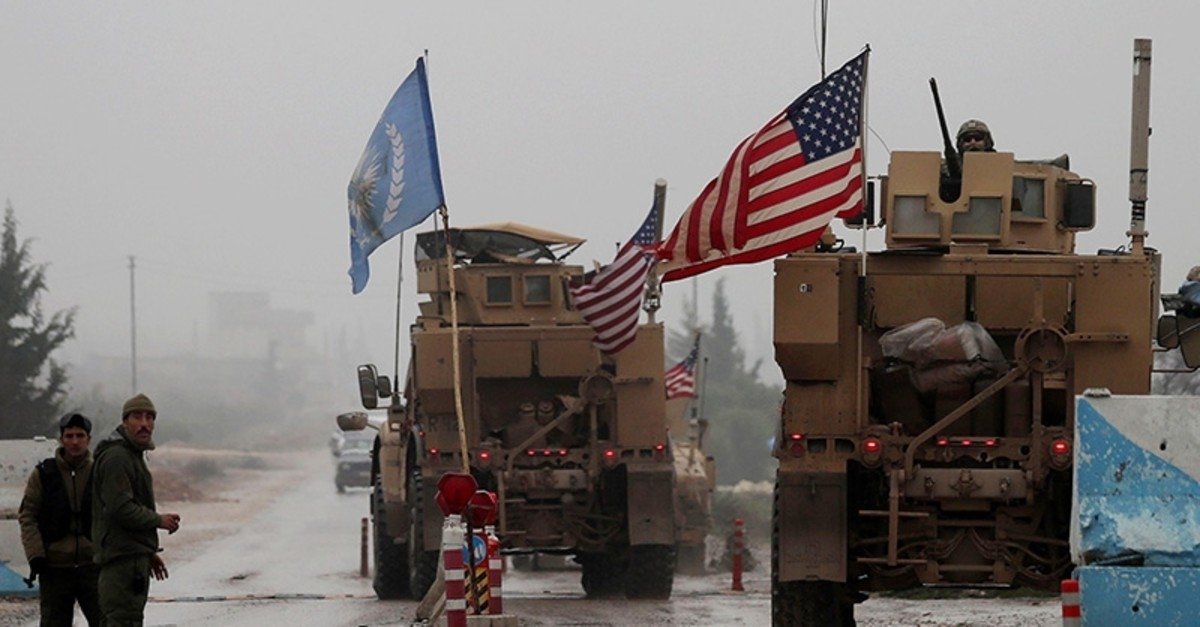 A line of U.S. military vehicles drives through a checkpoint in Manbij as they head to their base on the outskirts of northern Syria, Dec. 30, 2018. (AFP File Photo)
by DAILY SABAH Apr 19, 2021 1:28 pm
RECOMMENDED

U.S. forces in Syria have been transporting new weapons and ammunition to their base in northern Syria, according to reports by pro-Assad regime media outlets.

A convoy consisting of 24 trucks carrying weapons, ammunition and logistics materials delivered the supplies to the U.S. base in the city of Ash Shaddadi north of the terrorist YPG/PKK controlled Hassakeh province, according to local sources.

Another U.S. convoy was discovered in Syria’s northwest last week.

The U.S. has primarily partnered with the YPG in northeastern Syria in the fight against the Daesh terrorist group. Turkey strongly opposes the YPG’s presence in northern Syria, which has been a major sticking point in strained Turkey-U.S. relations. The U.S. has provided military training and thousands of truckloads of weaponry to the YPG, despite its NATO ally’s security concerns as the terrorist group poses a direct threat to Turkey’s national security.

The threats include the possibility of the transfer of these U.S.-made weapons to PKK terrorists in southeast Turkey through the border controlled by the YPG.

Over 22,000 truckloads of arms and ammunition have been given to the YPG. Some of the arms include cruise missiles, anti-tank guided missiles (ATGMs) and shoulder-launched surface-to-air missiles (MANPADS).

After announcing the withdrawal of U.S. troops from Syria twice, then-President Donald Trump added more complexity to the American military’s mission in the region by claiming a right to Syria’s oil. Extending the operation to secure eastern Syria’s oil fields happens to fit neatly into the Pentagon’s view, supported by some Trump allies in Congress.

The U.S. has a total of 11 bases in the provinces of Hassakeh, Raqqa and Deir el-Zour, which are currently under the control of the YPG.