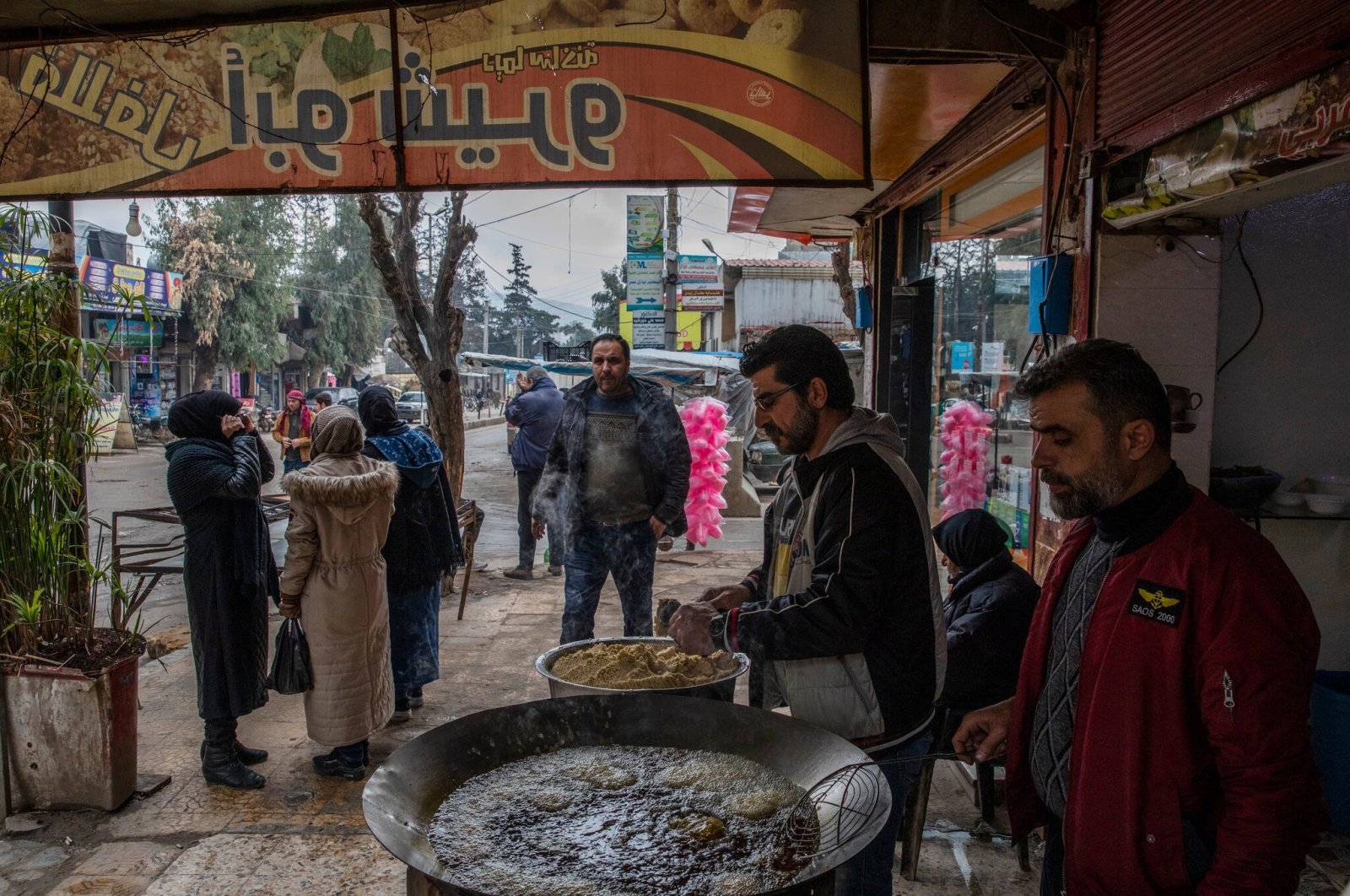 A YPG/PKK terrorist, who confessed to preventing the exit of civilians from northern Syria's Afrin during Turkey's cross-border anti-terror Operation Olive Branch in the region, will be tried with a sentence of aggravated life imprisonment.

According to the indictment prepared by southeastern Turkey's Diyarbakır Chief Public Prosecutor's Office, the suspect will be tried on the charges of "disrupting the unity and territorial integrity of the state" and "deprivation of individual liberty."

Operation Olive Branch was launched on Jan. 20, 2018, in cooperation with the Syrian National Army (SNA) and successfully ended on March 24, 2018, six days after Afrin was liberated from the occupation of the PKK terrorist group’s Syrian branch, the U.S.-backed YPG. In harsh land and winter conditions, the operation was conducted against approximately 8,000 to 10,000 YPG terrorists stationed in the region. While the Turkish Armed Forces (TSK) and the SNA took all the possible measures not to harm civilians and residential areas, the terrorist group tried to use civilians as shields to prevent the operation.

The indictment included details about the foundation and organization of the PKK terrorist group, the attacks carried out by the terrorist group and the suspect's testimonial statement.

The suspect, who was arrested recently, stated that he crossed the border illegally and went to northern Iraq from Diyarbakır in 2006 in order to join the PKK's ranks. Then, he went to Syria and joined the YPG.

Taking part in the terrorist group's northern Iraq's operations in the region of Hakurk until 2009, he confessed that he committed actions such as harassment fire targeting Turkish border posts and planting mines on the routes of Turkish military vehicles.

The Hakurk region is among the main locations PKK terrorists use to infiltrate Turkey or attack Turkish border outposts. The area is located 30 to 40 kilometers (18 to 25 miles) south of the Derecik district of southeastern Hakkari province, bordering Iraq, and currently serves as the main base for terrorists between their headquarters in the Qandil Mountains near the border with Iran and Turkey. The Hakurk area facilitates terrorist crossings between Qandil and Iraq's Salahuddin province that borders Syria, where the YPG controls large swathes of territory.

Regarding his actions in northern Syria, he stated that he was instructed to protect the security of a road between Aleppo and Afrin during Turkey's Operation Olive Branch.

"Until the operation was completed, I was in charge of this road's security. We were checking the vehicles and civilians at a temporary checkpoint in the road. During Operation Olive Branch, I guarded on the road in order to prevent the exit of civilians from Afrin. I witnessed that YPG secretly escorted some rich families' exit from Afrin and let them go to Aleppo. They even let a family, who was giving drug trade money to the group, leave with their furniture," he said.

The suspect said that the terrorist group is no longer able to take domestic action due to the Turkish security forces' operations and added: "The relations of the group with the high-level administration is disconnected ... The participation to the PKK from Turkey in the last period is little if any. Therefore, the group's administration puts emphasis on participation through Europe."

Over the last four years, the number of PKK terrorists in Turkey has plunged 83%, Turkey's interior minister, Süleyman Soylu, said last month. While participation in the PKK has reached a record low, more members are leaving the terrorist group than ever before, Soylu added. The PKK leadership is struggling to recruit both militants and higher ranks, according to reports. Additionally, many terrorists are reluctant to enter Turkey from Iraq to carry out attacks due to the high number of casualties.

In recent years, Turkey has stepped up operations at home and across borders against the terrorist group and also convinced rising numbers of its members to leave the PKK. Turkish security forces regularly conduct counterterrorism operations in Turkey's eastern and southeastern provinces where the PKK has attempted to establish a strong presence and bases. The forces also conduct cross-border operations in northern Iraq, a region where PKK terrorists have hideouts and bases from which they carry out attacks on Turkey. Turkey launched Operations Claw-Tiger and Claw-Eagle last June to ensure the safety of Turks and its national borders by eliminating terrorist threats.

The indictment concluded that the suspect did not allow civilians to exit Afrin until Operation Olive Branch was completed, and he ensured this by targeting the state's sovereignty and unity. While he was accused of "disrupting the unity and territorial integrity of the state," the prosecutor demanded a sentence of aggravated life imprisonment. He was also accused of "deprivation of individual liberty" and he will also be tried for this charge with a demand of prison sentence from seven years to 14 years.

Local people living in areas held by the YPG have long suffered from its atrocities, as the terrorist organization has a notorious record of human rights abuses, ranging from kidnappings, recruitment of child soldiers, torture, ethnic cleansing and forced displacement in Syria.