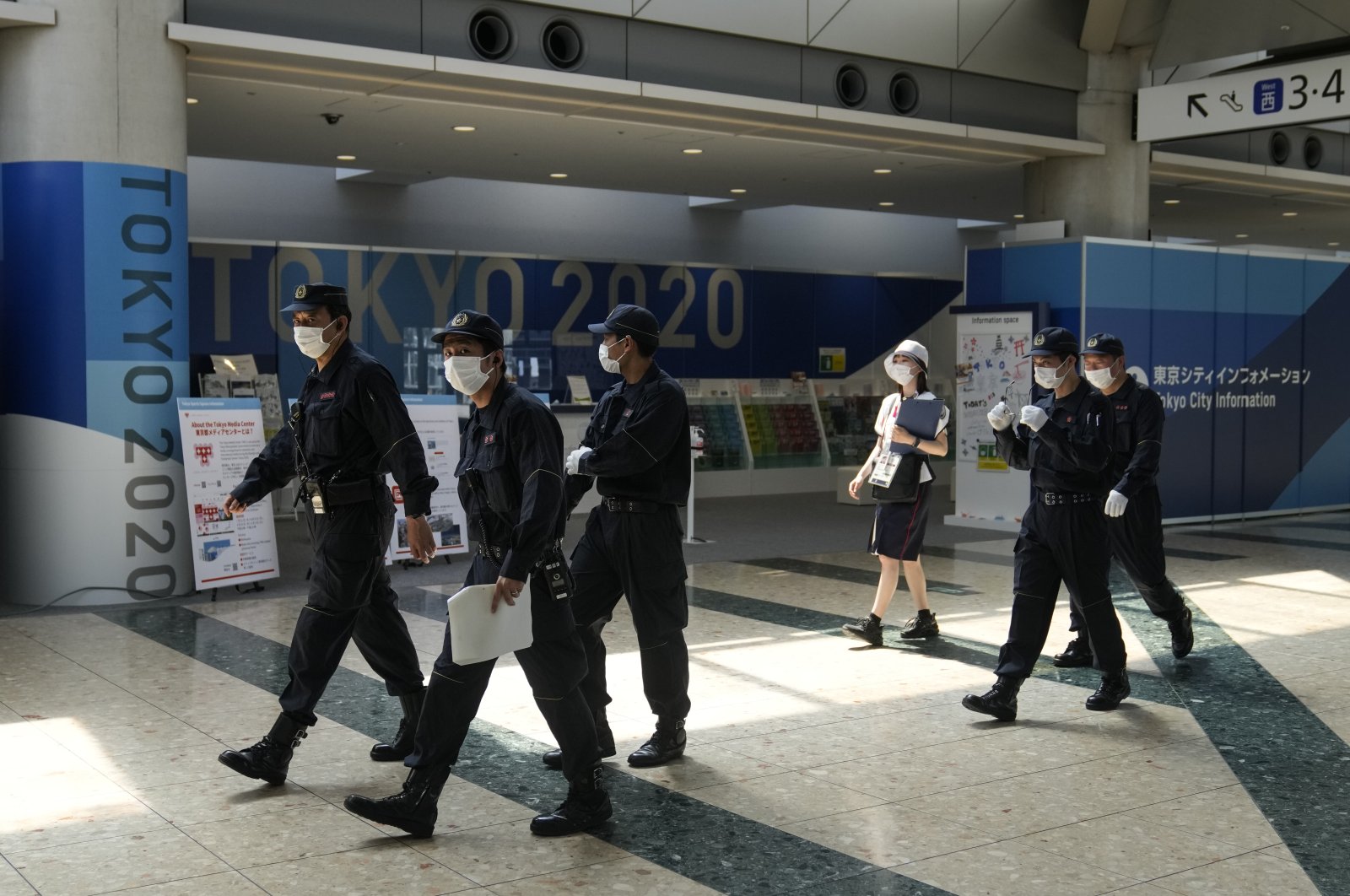 The raging coronavirus pandemic may be the top risk, but the Tokyo Olympics organizers have other deadly, unpredictable threats like earthquakes and typhoons in their minds too.

Japan is regularly rattled by earthquakes and battered by typhoons, and experts warn that disaster preparation for a major event like the Games should not take a back seat because of the virus.

"But the risks of a major earthquake mustn't be forgotten when you have an Olympics hosted by Japan," added Hirose, professor emeritus at Tokyo Woman's Christian University.

Japan sits on the Pacific "Ring of Fire," an arc of intense seismic activity that stretches throughout southeast Asia and across the Pacific Basin.

The country is also home to numerous active volcanos and is regularly hit by typhoons in the season that runs from around May to October, peaking in August and September.

When Japan hosted the Rugby World Cup in 2019, three pool matches were canceled because of Typhoon Hagibis, which killed more than 100 people and caused widespread flooding.

Tokyo and surrounding areas sit precariously at the junction of shifting tectonic plates, and experts and officials regularly warn residents that the next "Big One" could strike at any time.

Before last year's postponement, large-scale exercises were organized to rehearse the response to a massive quake ripping through Tokyo Bay.

"There has been an earthquake. Please stay calm and protect yourself," blared a message in Japanese and English at one venue.

"Taking action in a panic may lead to danger."

Tokyo 2020 says it has contingency plans for various natural disasters, "prioritizing the safety of spectators and people involved", though they declined to offer further details.

The risks are real, said Toshiyasu Nagao, an expert on earthquake prediction studies with Tokai University's Institute of Oceanic Research and Development.

"It would be no surprise if a big earthquake hit directly beneath the capital tomorrow," he told AFP.

"And it's not just in Tokyo, the risks of an earthquake are everywhere in Japan."

Seven earthquakes of magnitude six or higher have hit Japan so far this year, including a 7.3-magnitude quake in February, and a March jolt that sparked a tsunami advisory.

Japan is also haunted by the 2011 quake which triggered a tsunami that killed more than 18,500 people and caused the Fukushima nuclear disaster.

The $340 million Ariake volleyball arena, for example, has shock-absorbing giant rubber cushions to keep it safe even during violent shaking and is certified for use as a shelter.

Waterfront facilities, including the Olympic Village, are built on embankments or protected by sea walls that can withstand a tsunami of almost 2 meters (6.5 feet) – the maximum height predicted inside Tokyo Bay, the city says.

In some ways, the pandemic has made potential disaster response less complicated as almost all fans will be barred from the Games, making the prospect of mass spectator evacuations unlikely.

But some 70,000 athletes, media and officials will still be in Tokyo for the Olympics and Paralympics, and controlling infection risks during an emergency response could be difficult.

Japanese authorities have already updated their emergency policies, limiting space at shelters to avoid crowding and stocking up on masks and disinfectants.

"We have to be aware that a disaster in ordinary times is quite different from one in a pandemic."

Still, emergency preparation is so deeply embedded in Japanese life that Tokyo even has several disaster simulation centers where visitors can experience artificial jolts and practice evacuation.

On a recent visit to the Ikebukuro Life Safety Learning Centre, English teacher Mike Diakakis said he had found a quake in Tokyo earlier this year "a little nerve-wracking."

"You don't really think about it until you've experienced it," he said.