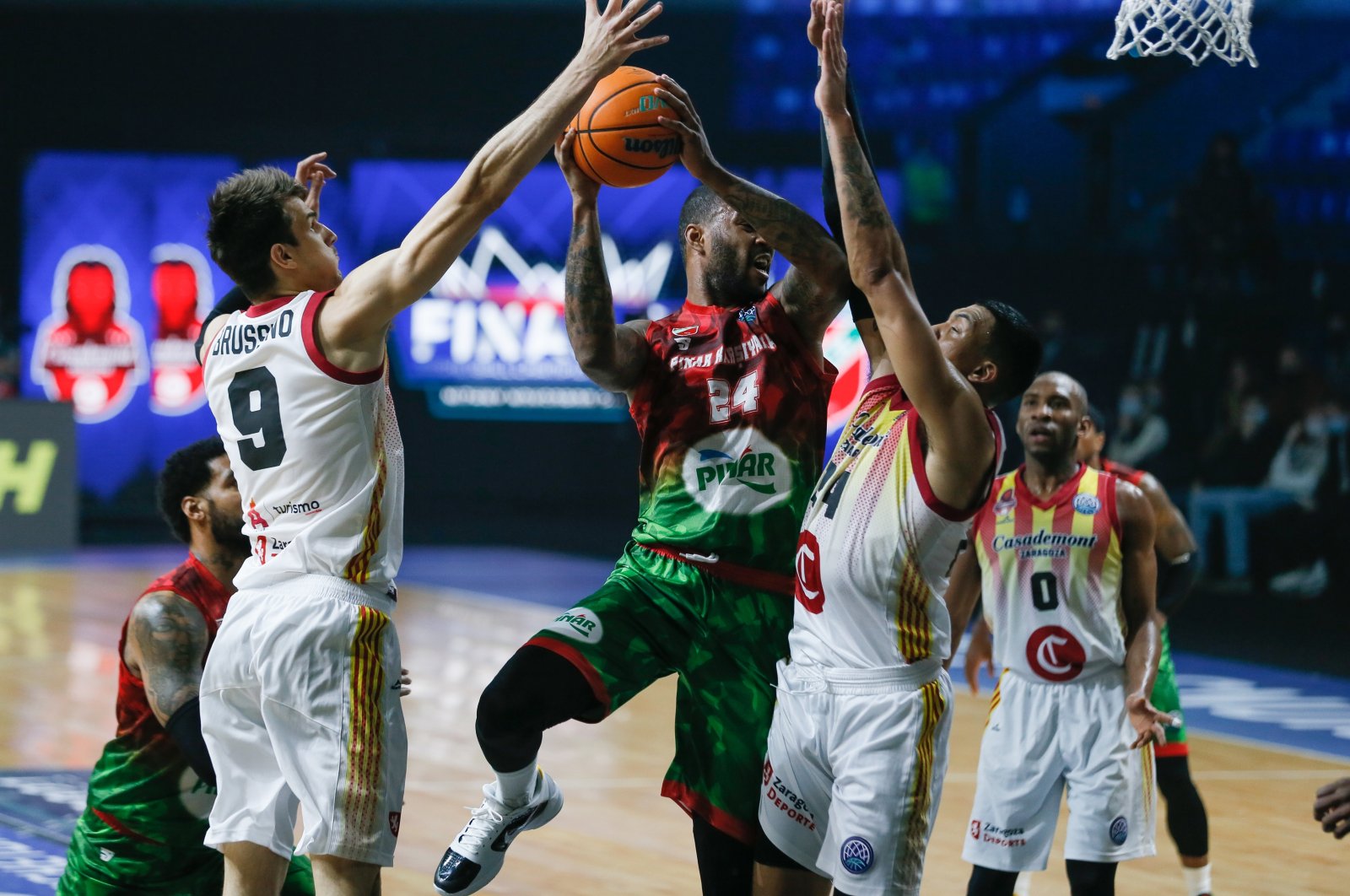 In its second European final bid, the Izmir club will be facing another Spanish opponent, title holder Hereda San Pablo Burgos which defeated French side SIG Strasbourg 81-70 the same night.

For the Spanish side, forward Jacob Wiley was the highest scorer of his team with 21 points. Argentine guard Nicolas Brussino scored 18 points and seven rebounds in the loss to the Turkish club.

Pınar Karşıyaka had defeated Czech side ERA Nymburk 84-73 in Wednesday's quarterfinal tie, whereas Burgos eliminated Israel's UNET Holon to reach the final of the fifth edition of BCL.

Underlining that they have not added a single new player to the squad since last year, coach Ufuk Sarıca told reporters in post-match press conference that he trusts his players for the final and they are a fighting team that could accomplish anything.

The Aegean club, playing in European competitions since 1975-1976 season, will be at a European final for a second time after the FIBA EuroChallenge Cup in the 2012-13 season, which was won by the Russian side Krasnye Krylia Samara. This year's participation to BCL marks Karşıyaka's 11th consecutive European bid since 2010-2011 season.

In a total of 237 European matches, Pınar Karşıyaka clinched 129 wins, faced 106 defeats and two ties. The Izmir club played a total of 13 matches against Spanish teams, losing six times while clinching seven victories, including a 71-62 win against Barcelona in its maiden EuroLeague match and campaign in 2015-2016 season.

If Pınar Karşıyaka wins Sunday, it will be the sixth Turkish men's basketball team to clinch a trophy in Europe, following Anadolu Efes in Korac Cup (1996), Beşiktaş in Eurochallenge (2012), Galatasaray and Darüşşafaka in ULEB Eurocup (2016 and 2018) and Fenerbahçe in EuroLeague (2017). The club could also fill its coffers through a 1 million euro ($1.21 million) championship reward or 400,000 euro runners-up prize, in addition to 570,000 euros earned in BCL so far.

A small group of Karşıyaka fans is in Russia to support the team. Demirören News Agency (DHA) reported that a small fire broke out at a hotel where fans are staying early Friday, causing panic, but was soon extinguished by firefighters.