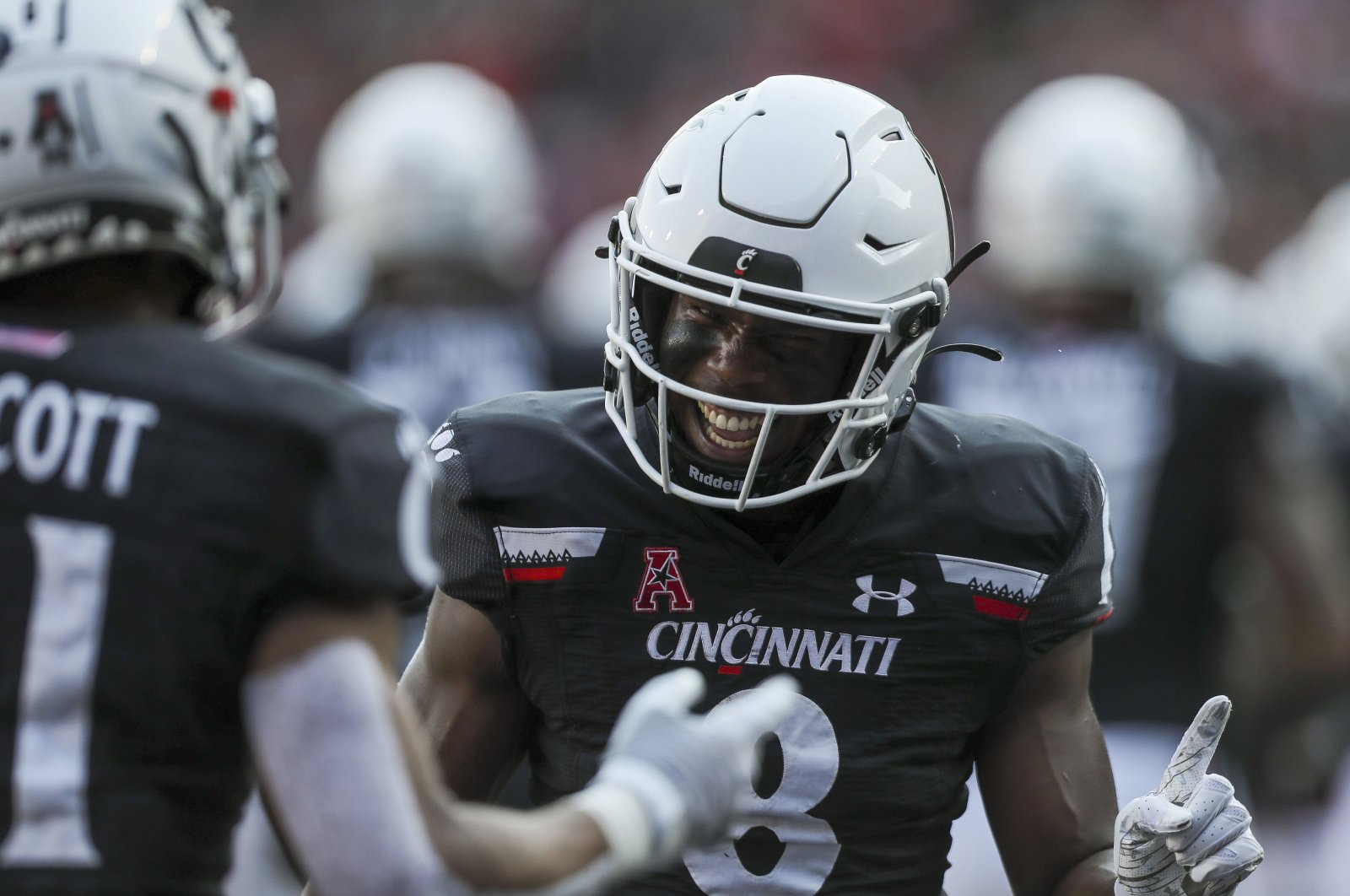 The No. 7 Cincinnati Bearcats will have a chance to prove that their success in recent years under coach Luke Fickell is no fluke when they take on No. 9 Notre Dame on Saturday. A win against one of the most storied programs in college football would leave the Bearcats in the driver's seat towards a potential College Football Playoff (CFP) berth assuming they dominate their remaining competition, none of which are ranked.

The first month of the college football season has produced plenty of surprises and teams with high expectations falling from the rankings.

Not so much in the Southeastern Conference.

If you're looking for SEC chaos, maybe this weekend will bring it.

No. 1 Alabama hosts No. 12 Mississippi and resurgent No. 8 Arkansas visits No. 2 Georgia, two of the four games matching ranked teams on the schedule this week.

In the Big 12, No. 21 Baylor and No. 19 Oklahoma State both moved into the rankings last week and match their perfect records against each other in Stillwater.

Saban has never lost to one of his former assistants in 24 tries. Kiffin comes in with one of the hottest quarterbacks in the country in Matt Corral, who has thrown nine touchdown passes and run for five scores.

Last season, Kiffin's offense rolled through the Tide, but the Ole Miss defense had no shot in a 63-48 Alabama victory.

Alabama's offense has turned over its biggest stars from last year's national championship team, but if quarterback Bryce Young can have a big day against an improved Rebels' D, the sophomore could emerge as the Heisman Trophy front-runner.

No. 22 Auburn seeks 1st win in two decades at LSU

LSU leads the series 31-23-1, with the winner of Saturday's contest assured of being in The Associated Press (AP) Top 25 when the new rankings are announced on Sunday.

Auburn would likely drop out of the Top 25 with a second loss early in the season. LSU could get back in the rankings for the first time since losing to UCLA in Week 1 if it can win its second in as many SEC games.

LSU's pass rush, which leads the nation in sacks with 20, is up against a shaky Auburn passing game that has led to a QB controversy involving Bo Nix and TJ Finley, the latter having transferred to Auburn last offseason from LSU.

The Corral-Young matchup could produce two of the top Heisman contenders as October starts.

This weekend could also be Desmond Ridder's time to shine. The Cincinnati quarterback goes to Notre Dame for a top-10 matchup that could ramp up the Heisman hype.

Beating the Fighting Irish in the shadow of Touchdown Jesus is a nice line on a Heisman resume.

Ridder has been solid so far, passing for 748 yards and seven touchdowns to go with two TD runs, but this is the chance for a star turn against an Irish defense that has played better each game this season.

1.01 – Yards per carry allowed by Wisconsin, tops in the country, which plays No. 15 Michigan. The Wolverines are fifth in the nation in rushing at 290.75 yards per game.

8-1 – Georgia's record in the last nine meetings against Arkansas, but this is the first top-10 matchup between the schools since the first time they played in 1969 when the No. 9 Razorbacks beat the fourth-ranked Bulldogs, 16-2.

10 – Consecutive victories for No. 25 Clemson against Boston College. The Tigers will try to spark an offense that has been among the worst in the country Saturday night at Death Valley.

2013 – The last time either Arizona State or No. 20 UCLA won the Pac-12 South. The Sun Devils and Bruins face each other at the Rose Bowl on Saturday, looking like the top contenders to represent the division in the conference title game.

The Beavers are coming off the program's first victory at USC since 1960 and now look to snap another drought.

The Huskies have won nine straight in the rivalry and seem to be getting back on track after an 0-2 start. The winner of this matchup could emerge as top challenger to No. 3 Oregon in the Pac-12.

The Seminoles are off to an 0-4 start for the first time since before Bobby Bowden took over as coach in the mid-1970s.

Florida State probably can't afford to fire another coach in less than two seasons, but the opportunities for victories are shrinking. Syracuse would usually be one of them, but the Orange are off to a 3-1 start and coming off a victory against Liberty.