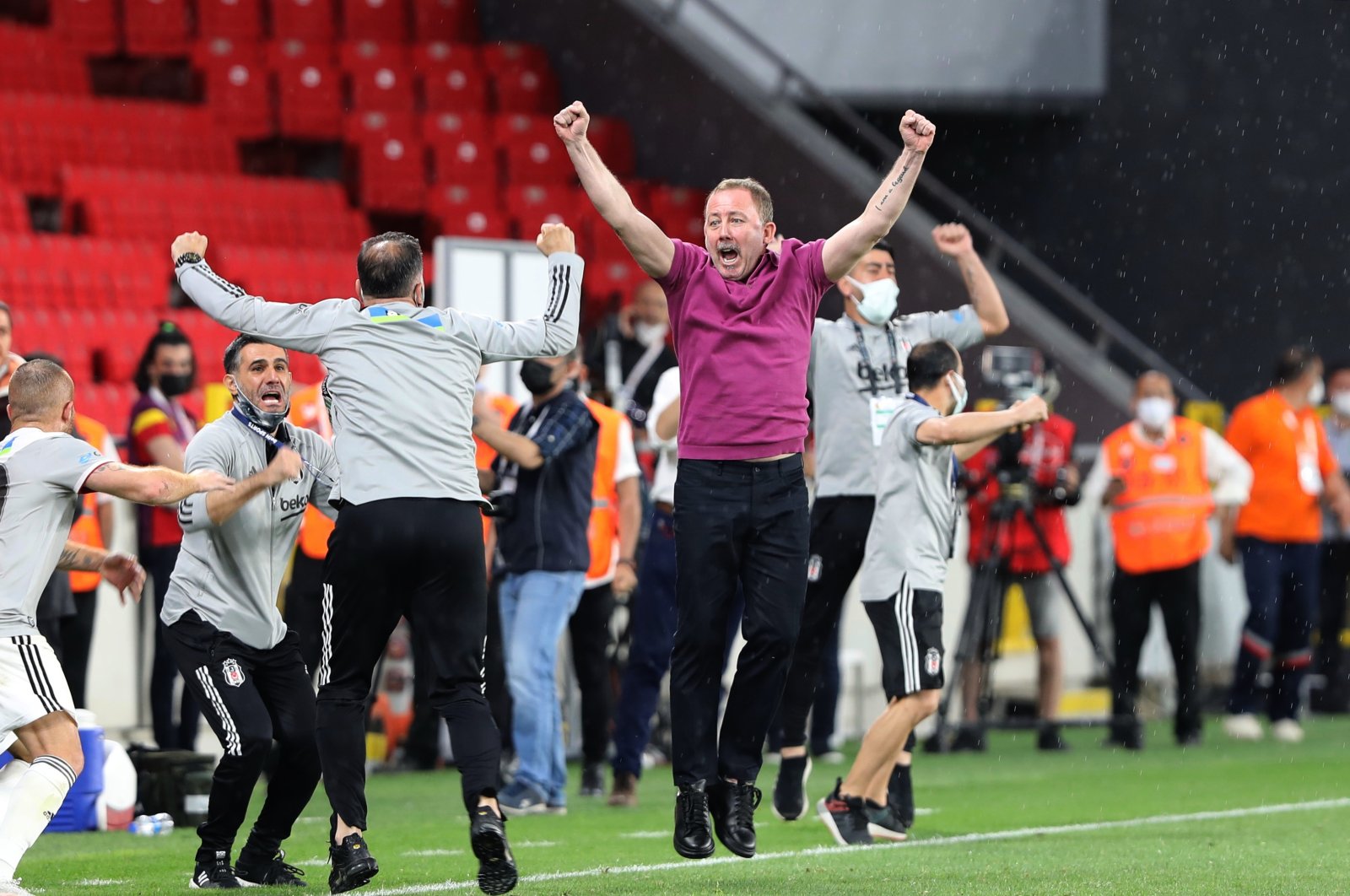 A terrible start to the season, then storming the league for months and almost losing the title before finally securing it – Beşiktaş’s extraordinary Süper Lig campaign has been one for the ages in the history of Turkish football.

Coming in with the weakest squad among the Istanbul powerhouses, even a second-place finish would not be seen as a failure for Beşiktaş. However, the way the story unfolded made the end much sweeter for the Black Eagles.

Even though it looked like Beşiktaş had the title in the bag, the Istanbul giant panicked in the final stretch, almost costing it the title. It was only because of Sergen Yalçın’s brilliant team management, the story had a happy ending.

A simple comparison between the players Beşiktaş, Galatasaray and Fenerbahçe had in their arsenal, shows the marvelous job Yalçın has done this season.

Fenerbahçe had stars like Mesut Özil, Jose Sosa, İrfan Can Kahveci, Ozan Tufan in the midfield and had the luxury of keeping Luiz Gustavo on the bench. Galatasaray, on the other hand, had big names like Radamel Falcao, Ryan Babel, Gedson Fernandes, Henry Onyekuru and Sofiane Feghouli.

In the midfield, it had the 38-year-old Atiba Hutchinson, a limited warrior in Necip Uysal, an unhappy-with-his-contract, Dorukhan Toköz and another Ibiza dreamer, Adem Ljajic. The only proper striker in the team was Kyle Larin, a player sometimes unable to control and dribble the ball in a straight line.

The trio of Rachid Ghezzal, Josef de Souza and Vincent Aboubakar was transferred in only at the last minute of the transfer window. All of them were either unwanted by their clubs or had a chronic injury.

Ghezzal was simply not wanted by Leicester City, de Souza was knocking on every door to find a club after Saudi Arabia and Aboubakar had played only 66 minutes in the previous season. When the transfer window closed, any Beşiktaş fan would have said they would accept a second place with a smile on their face.

Nevertheless, by the end of April Yalçın had taken his team to such a height that everyone was convinced Beşiktaş was indeed going to be the champions.

Despite having significantly richer squads, Galatasaray and Fenerbahçe could not show the offensive edge and dynamism the Black Eagles displayed since late November. Provided time and space, they were unstoppable in attacks.

The three-week international break in November was crucial to reach the desired physical level. Between November and May, Beşiktaş simply dominated the league with its powerful game, but then the team started to falter due to exhaustion.

Vincent Aboubakar, Oğuzhan Özyakup, Cenk Tosun, Adem Ljajic and Kyle Larin all took turns in getting injured near the end of the season. Aboubakar, Özyakup and Tosun were completely unavailable last month, leaving Necip Uysal, Dorukhan Toköz and Rıdvan Yılmaz as the only meaningful subs in the team.

As the team struggled further and the injuries showed their effect, Beşiktaş blew a six-point lead in the last week of the season. The high stress and exhaustion took a serious toll on Beşiktaş’s game against Galatasaray and Karagümrük. Without the physical thrust and an opponent giving time and space, Beşiktaş did not have a plan in place to score.

Still, in the last game of the season, Yalçın’s team managed to beat Göztepe and secured the title it deserved thanks to the incredible run between November and May.

Even though this squad and this game are clearly not Champions League material, the time will come to address these issues as well. Right now, Yalçın and his team are the rightful champions of the Turkish Süper Lig.