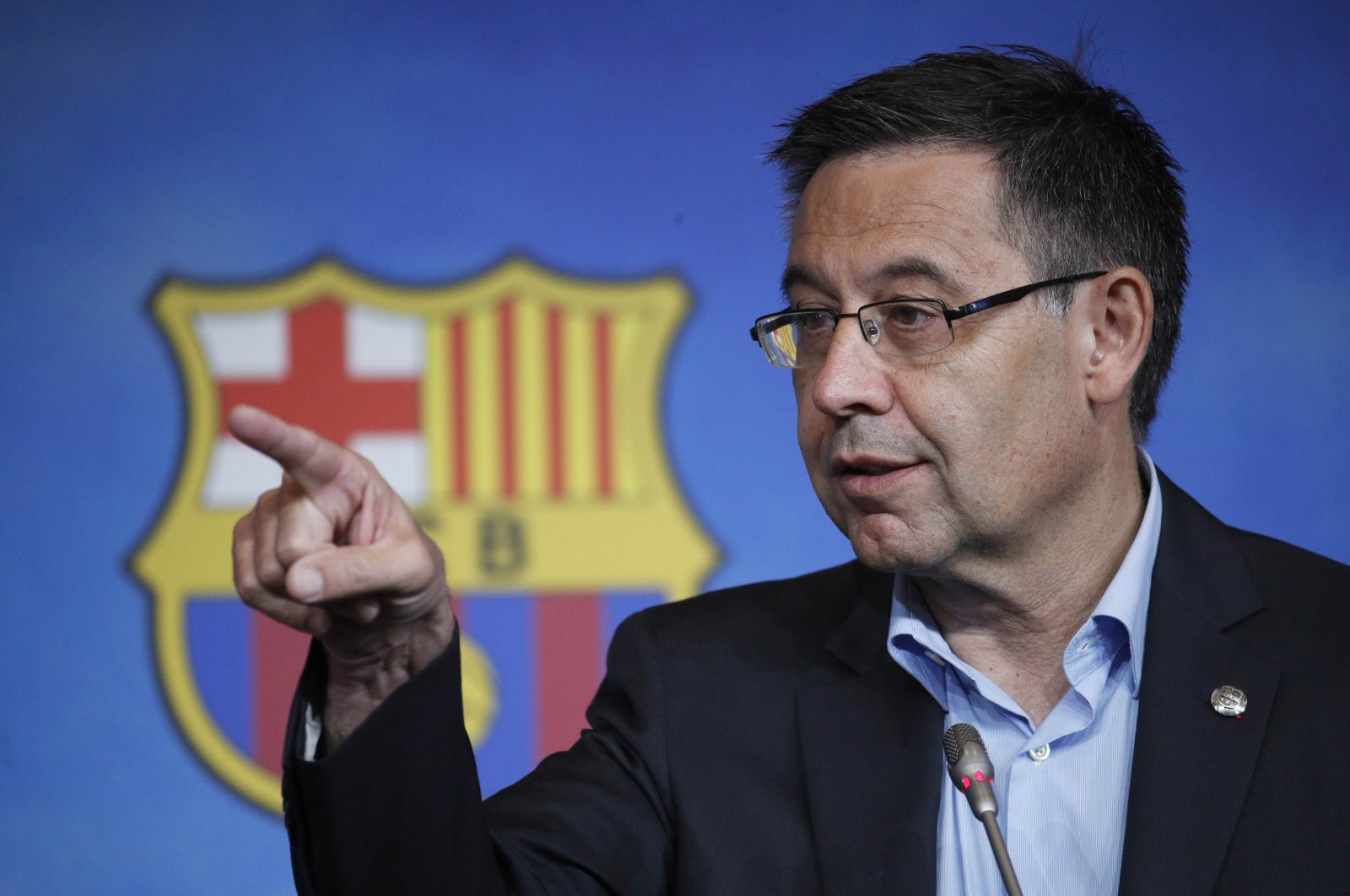 Reverter presented a grim picture of the club’s financial situation while releasing the results from a Deloitte audit that started after Laporta arrived in March following the resignation of former president Josep Bartomeu and his board of directors last year.

Reverter said the audit concluded that “there have been serious administrative deficiencies” during the administration of Bartomeu, who in the past has denied being responsible for the team’s current financial struggles.

“The new board of directors and its new executive structure encountered an economic and financial situation marked by negative equity and in a situation of technical bankruptcy,” Barcelona said.

“There was no operating cash flow as the club struggled to pay all the salaries,” he said. “There was an urgent need for refinancing.”

He said the new administration had to fully restructure the club's debts and drastically reduce its payroll to start getting back in shape, which was one of the reasons the club couldn't give Lionel Messi a new contract. Messi eventually signed for Paris Saint-Germain.

Reverter said the club will bet on the youngsters from Barcelona's famed “La Masia” academy for its future success.

“If we keep doing that, we can put Barça back where it deserves to be,” he said.

Barcelona closed the 2020-21 financial year with 481 million euros ($554 million) in losses “caused by both falling revenues and the inability to contain spending.”

Barcelona's salary cap had to be slashed to 97 million euros ($113 million), about 285 million euros ($334 million) less than a year ago and more than seven times smaller than that of Real Madrid.

Reverter said the audit was needed to fully understand the club’s financial situation after Bartomeu left amid his fallout with Messi. Reverter said the audit took longer than expected because several documents couldn’t be found, including emails that had been deleted. A “forensic study” is still being conducted to detect possible irregularities.

The club said the main reasons for the financial struggles were the increase in the players' payroll and in administrative expenses, as well as a six-fold increase in financial costs.

Reverter mentioned the transfers of Antoine Griezmann and Philippe Coutinho as examples of bad management in signings. Griezmann was sent back on loan to Atletico Madrid this season so the club could clear some salary cap space.

“There was no financial planning. They signed players without knowing if they could pay for them,” Reverter said. “There was an inverted pyramid, with veteran players having long contracts and young players having one-year contracts, which makes it difficult when it comes to negotiating.”

Reverter claimed the club had not complied with its liabilities to banks, the La Liga and UEFA. He also said the club’s facilities had not been maintained properly, including the Camp Nou Stadium.

Bartomeu had said the coronavirus pandemic was largely to blame for the club's financial problems. Reverter said the effect of the pandemic so far was about 108 million euros ($124 million), which didn't justify the club's poor financial situation.

Barcelona is ninth in the Spanish league after only three victories in seven matches. It is five points off the lead with a game in hand.

“Barcelona has endured many crises before, but it has always been able to overcome them,” Reverter said.