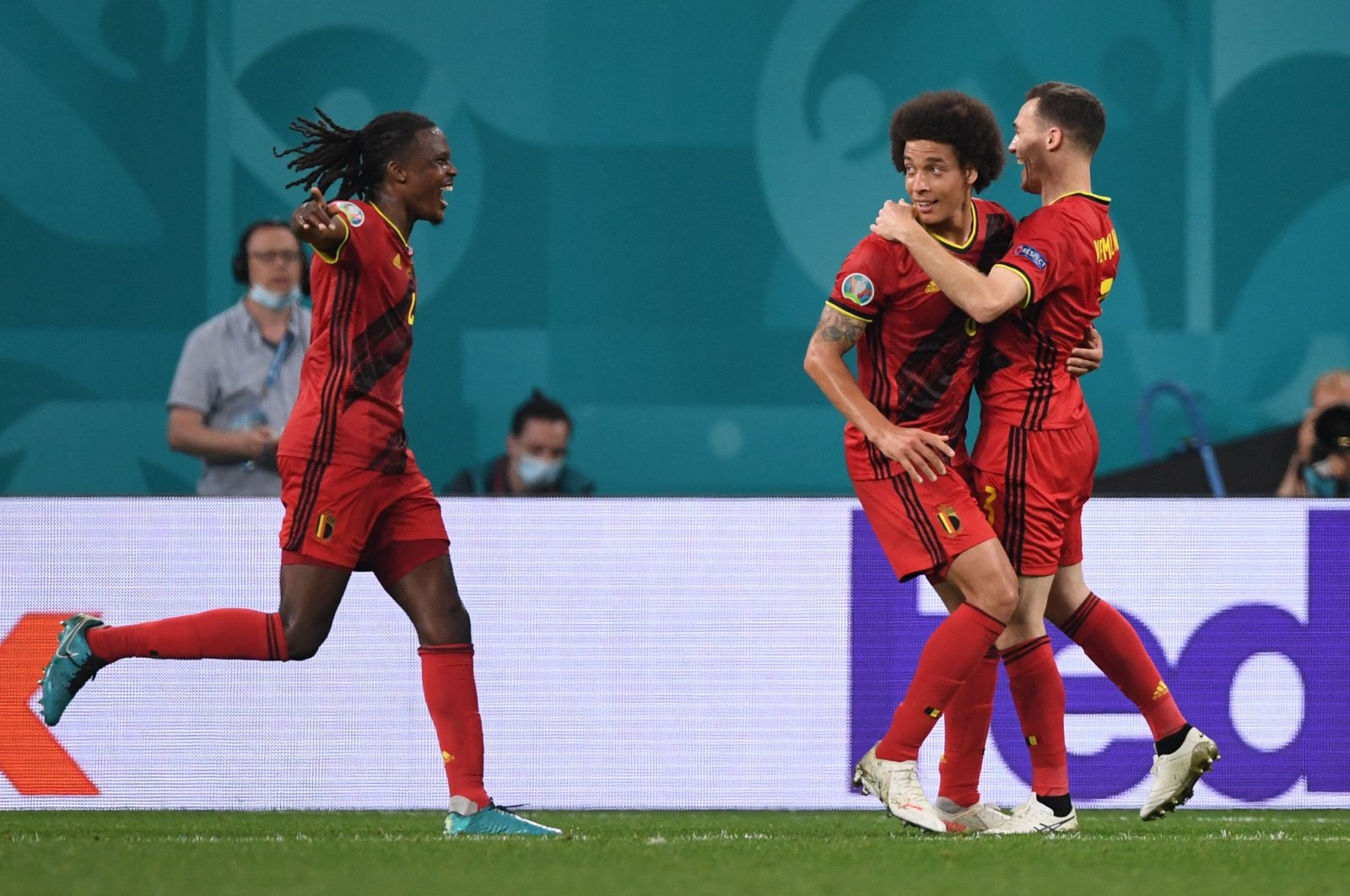 Belgium defeated Finland 2-0 on Monday to finish the Euro 2020 group stages Group B and joined Italy and the Netherlands in qualifying with maximum points.

Finland finished in third place in its first appearance at a major tournament, nipped by Denmark after its 4-1 victory over Russia in Copenhagen.

Belgium's second goal, scored by Romelu Lukaku in the 81st minute for his third at Euro 2020, could prove significant because it left the Finns as the worst third-place team in the three completed groups. They have only a small chance of qualifying as one of four best third-place finishers.

That didn't stop a vocal section of white-and-blue-clad Finland supporters from staying behind long after the final whistle at Saint Petersburg Stadium to serenade their team. The players eventually came out of their locker room and back onto the field to applaud.

Finland was on its way to the draw that would have secured the team second place in the group when goalkeeper Lukas Hradecky had the misfortune of scoring a cruel own-goal in the 74th minute. A header from Belgium defender Thomas Vermaelen bounced down and hit the post, rebounded onto the outstretched hand of Hradecky, and went over the line before he had chance to scoop it away.

Hradecky fell to his knees in anguish.

Belgium will play one of the four third-place finishers in the round of 16 in Sevilla on Sunday, with coach Roberto Martinez having more options after seeing Kevin De Bruyne, Eden Hazard and Axel Witsel – three key players – proving their fitness after recent injuries.

De Bruyne came off in second-half stoppage time – during which period a woman ran onto the field of play before being quickly escorted away – after having set up Lukaku for his goal, which saw the striker turn his marker inside the area and shoot low and right-footed past Hradecky.

The Manchester City midfielder, back playing after facial injuries sustained in the Champions League final, also supplied the corner which Vermaelen headed toward goal for the opener and generally ran the game from central midfield.

Hazard and Witsel played the whole game after their own fitness issues, while Martinez was also able to rest first-choice players like midfielder Youri Tielemans and defenders Toby Alderweireld and Jan Vertonghen.

“To be able to see 90 minutes from Axel and Eden, and Kevin was almost on the pitch for 90 minutes, that was very satisfying. On top of that, every outfield player has been on the pitch in these three games. It is the perfect moment to go forward to the next game.”

The match in St. Petersburg was billed as the biggest in Finland’s history by Kanerva and some of the team’s fans were in tears during the pre-game national anthem.

A drummer in one section of the Finland supporters kept up the beat throughout the game and there was a huge roar when the halftime whistle was blown, with their team coping fairly comfortably.

Belgium hadn’t pushed too hard by then, knowing a draw guaranteed first place, but Lukaku thought he had scored in the 65th minute when he collected a pass, again from De Bruyne, and slotted home a finish from 10 meters.

It was ruled out after a video review by a marginal offside call, prompting a huge roar from the Finland fans, many of whom threw bottles toward – but not onto – the field.

They were soon to be disappointed by the two late goals Belgium scored, with Lukaku's putting him tied with Cristiano Ronaldo, Georginio Wijnaldum and Patrick Schick with a tournament-leading three goals.