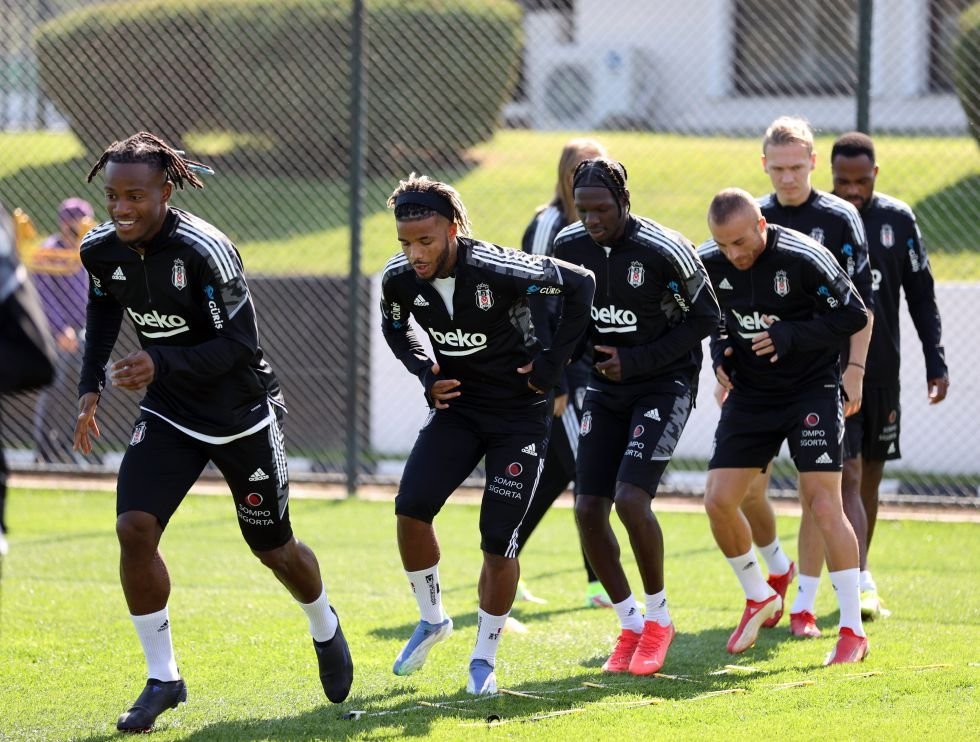 Beşiktaş will look to bounce from a weekend loss in the domestic league as it welcomes Sporting, a side that is, much like the Istanbul powerhouse, searching for a first European win this season

Turkish heavyweights Beşiktaş will be looking for a first European win under coach Sergen Yalçın as it hosts Portuguese side Sporting CP in a UEFA Champions League Group C match Tuesday.

Currently placed third in the Süper Lig points table, Beşiktaş will look to bounce back from its 3-2 weekend loss against Istanbul Başakşehir. It will also look to put its far from ideal European campaign behind it.

In the first Group C match, the Istanbul powerhouse lost 2-1 against Borussia Dortmund, before suffering a 2-0 defeat at Ajax.

Benfica, in the meantime, is also looking for a first Champions League win this season. It was handed a 5-1 drubbing by Ajax in the first match and a narrow 1-0 defeat against Dortmund.

In the other game in Group C, favorites Borussia Dortmund and Ajax will take on each other. The Dutch side will have a tough task on hand in containing star striker Erling Haaland, who returned from a muscle injury with a bang after scoring two goals against Mainz over the weekend.

French giant Paris Saint-Germain has won 10 of its 12 games overall this season but there are serious questions being raised about the level of play.

PSG again looked laborious in a league game against Angers on Friday night and scraped another late win courtesy of a controversial penalty from striker Kylian Mbappe.

At least PSG will have Lionel Messi and Neymar back from international duty for the home game against Leipzig on Tuesday, but midfielder Leandro Paredes is out with a thigh injury.

Messi scored a brilliant first goal for PSG against Manchester City in the previous Group A game and netted his 80th for Argentina during World Cup qualifying.

Ahead of other Group A game, Pep Guardiola will make a late decision on whether goalkeeper Ederson and forward Gabriel Jesus should play in Manchester City’s match at Club Brugge on Tuesday, after being unable to prepare with the team due to a prolonged period on duty with Brazil.

City, which reached the Champions League final last season, slipped to third in Group A after losing to Paris Saint-Germain in the French capital last month.

Daniel Maldini is the third member of his family to play for AC Milan. The 20-year-old attacking midfielder has gradually claimed a starting position this season, following in the footsteps of his grandfather Cesare and record-breaking father Paolo, Milan’s current sporting director.

Daniel scored his first Serie A goal last month and now could get his first start in the Champions League when Milan visits Porto on Tuesday in Group B.

Daniel came on for the final seven minutes of Milan’s 3-2 loss to Liverpool last month.

Elsewhere in Group B, striker Luis Suarez will meet former club Liverpool for the first time since joining Atletico Madrid from Barcelona.

Suarez scored 82 goals in 133 games for the English club. His last match against Liverpool was a 4-0 loss with Barcelona in the 2019 semifinals.

For Tuesday's game, Atletico coach Diego Simeone is expected to count on a couple of players who had been doubtful because of injuries – midfielder Marcos Llorente and defender Jose Maria Gimenez.

Madrid, on the other hand, is hoping to rebound from its shock home loss against Moldovan league club Sheriff at the Santiago Bernabeu. The Group D game is on Tuesday.

Bayern Munich returned to form with a 5-1 win over Bayer Leverkusen in the Bundesliga on Sunday, bouncing back from a rare loss to Eintracht Frankfurt in its previous game. Next up is Benfica away on Wednesday in Group E.

Bayern won its opening two games and a third victory over the second-place Portuguese team would go a long way to securing qualification.

Sitting in last place in Group E, Barcelona needs a home win against Dynamo Kyiv to have a realistic chance of advancing to the knockout stage.

The Catalan club made it past the group stage every season since 2001-02. Barcelona opened with 3-0 losses to both Bayern Munich and Benfica.

It is a point behind third-place Dynamo and four behind second-placed Benfica. Bayern leads the group with six points from two matches.

If losing at Young Boys last month created new doubts over Ole Gunnar Solskjaer's suitability to manage Manchester United, a 4-2 loss at Leicester on Saturday only magnified them.

United has yet been unable to benefit significantly from the return of Cristiano Ronaldo by picking up only one point in nine in the Premier League.

Things do not get any easier for United, which hasn't won a trophy since the Europa League in 2017, as Atalanta arrives at Old Trafford for the Group F game on Wednesday before Liverpool visits on Sunday.

In Group G, Lille will be looking to secure a first win against the Spanish side Sevilla on Wednesday.

Although Jonathan David is in fine form with Lille, the other forwards are not scoring enough.

David only came on in the second half so should be fresh to face Sevilla.

He has six league goals but is yet to score for Lille in the Champions League.

In the meantime, Group H favorites Chelsea and Juventus have favorable fixtures this week as the English giant hosts Malmo, while the Old Lady of Turin goes to Russia to face Zenit. Both matches are on Wednesday.