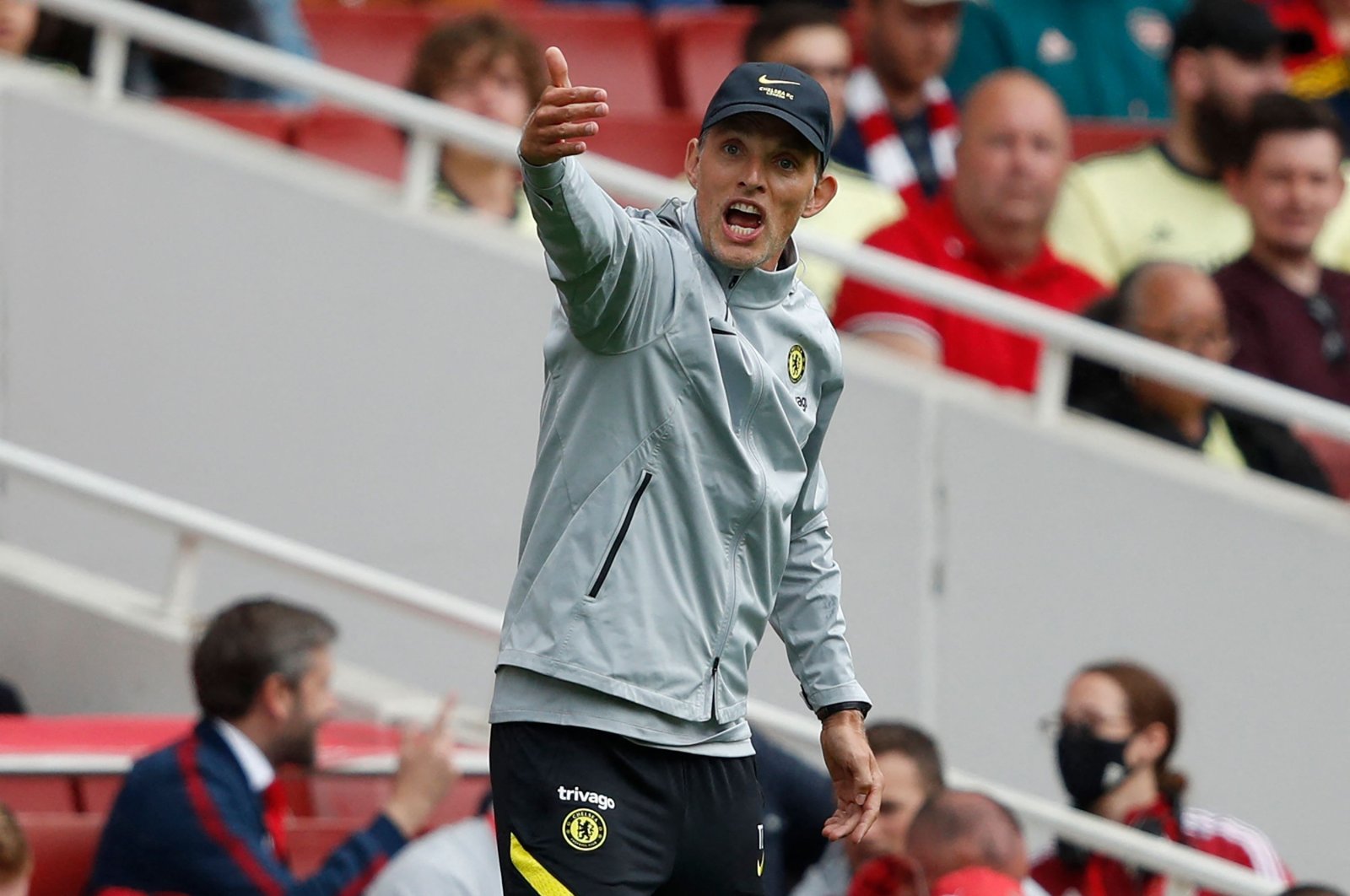 Chelsea will aim to start the new season with more silverware as it takes on Europa League winners Villarreal in the UEFA Super Cup in Belfast on Wednesday.

Thomas Tuchel's stunning impact since taking charge of the Blues in January has raised expectations for Chelsea to challenge in all competitions this season, particularly with Romelu Lukaku on the verge of returning to Stamford Bridge for a club-record fee of 97 million pounds ($135 million).

Tuchel's men beat Manchester City to lift the Champions League in May, just five months after he replaced the sacked Frank Lampard with Chelsea languishing in ninth in the Premier League.

Victory in Porto was Chelsea's third over City in six weeks towards the end of the season. Now it has the longer-term goal of dethroning Pep Guardiola's side as the English champion.

"We want to win, we want to compete and of course we want to be successful," said Tuchel ahead of his side's return to competitive action in Northern Ireland.

"This is in Chelsea's nature and of course we are up for the challenge.

"We will try to compete for every title in every competition we enter but I also think it will be a huge step forward if we can maintain the same quality, attitude and effort that we showed last season."

As many of Europe's traditional giants have been squeezed by the economic consequences of the coronavirus pandemic, the backing of billionaire Russian oligarch Roman Abramovich has again allowed Chelsea to strengthen at a time of crisis.

Now Lukaku looks set to return for nearly four times the amount he was sold seven years ago to provide the missing piece of a proven goalscorer.

The Belgium forward's move should be completed before Chelsea's Premier League opener against Crystal Palace on Saturday, but will not be registered in time to face Villarreal.

Instead, Werner and Havertz will be tasked with starting their second season in England better than they did their first.

After a slow start, Havertz came good on his 71 million pound price tag with the winning goal in the Champions League final.

The 22-year-old was also one of few star performers for Germany at a disappointing Euro 2020.

"I think we have all a lot of goals this season. The Champions League title is not enough for us, we want to win more and that's our aim for the season," said Havertz, who attributed the turnaround in his form to the return of fans to stadiums.

"With the fans now in the stadium, they give you a lot of support. I feel very comfortable. I like it here, I like the city and I like the club, so all good."

While Chelsea has become accustomed to lifting trophies on an annual basis in nearly two decades since Abramovich took charge, Villarreal is aiming to back up its first-ever piece of silverware when it beat Manchester United on penalties in Gdansk.

Unai Emery has now won the Europa League four times but never won the Super Cup after his three previous successes with Sevilla.

The former Arsenal and Paris Saint-Germain boss believes Chelsea will become "the best team in the world" this season but is hopeful it suffers a European Championship hangover with a number of key players only just back into pre-season training.

"Chelsea have Italian and English internationals who haven't arrived back until this week. Their starting line-up will not be the same as the Champions League final," said Emery.

"Hopefully they misfire from the start."