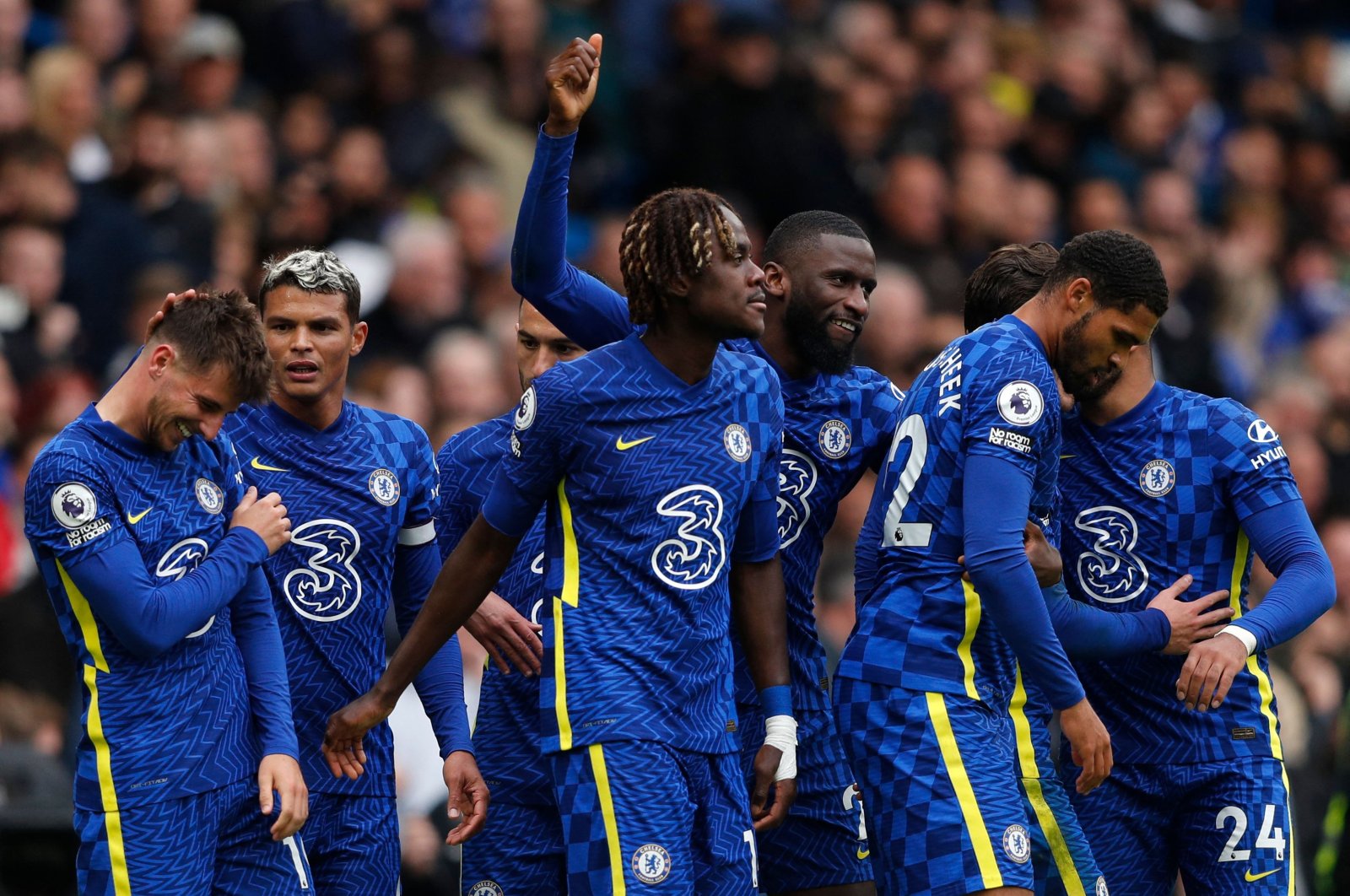 A ruthless Chelsea put seven goals past a sorry Norwich to open up a two-point lead at the top of the Premier League while defending champion Manchester City went second with a 4-1 victory at Brighton on Saturday.

Mount started the rout after just eight minutes and finished it with two more in the closing stages after Ben Gibson had been sent off for the visitors.

Callum Hudson-Odoi, Reece James and Ben Chilwell were also on target for Thomas Tuchel's men, while Max Aarons' own goal summed up a sorry day for the Canaries.

Mount had not scored since May, and Tuchel welcomed his return to scoring form with Lukaku and Werner expected to be out for some time.

"No matter how satisfied the coach is, the offensive guys need goals to be fully happy," said Tuchel.

"He waited too long, so it was good that he got some goals. I agree he looked fresh again today."

Norwich already looks destined for a swift return to the Championship with only two points and minus-21 goal difference from its opening nine games.

At the Amex Stadium, champion Manchester City underlined its determination to hold onto the title with a commanding performance.

City took the lead after 12 minutes when Brighton goalkeeper Robert Sanchez spilled the ball under pressure and Ilkay Gündoğan applied the finish.

Bernardo Silva launched the rapid raid that produced City's second goal in the 28th minute as he fed Jack Grealish for a low cross that Foden converted in clinical fashion.

Three minutes later, Grealish's shot was blocked into the path of Jesus, whose effort deflected off Foden and past Sanchez.

Alex Mac Allister got one back for Brighton with an 81st-minute penalty after Ederson fouled Enock Mwepu.

But Riyad Mahrez converted Foden's pass to wrap up an emphatic win in stoppage-time.

"Phil is a player who can play in different positions but especially up-front because he has the quality and precision. He is young and will keep improving," City boss Pep Guardiola said.

Liverpool would climb back above City into second place, within one point of Chelsea, if they win at archrival Manchester United on Sunday.

Second-bottom Newcastle's wait for a Premier League win went on after a 1-1 draw against Crystal Palace.

Newcastle's new Saudi owners were given another reminder of the investment it will take to make the Magpies a force to be reckoned with at Selhurst Park.

Interim manager Graeme Jones took charge for the first time since Steve Bruce was sacked and needed a moment of brilliance from Callum Wilson just to salvage a point.

Claudio Ranieri got his first win as Watford manager as the Hornets twice came from behind to stun Everton 5-2 at Goodison Park.

Juraj Kucka and Emmanuel Dennis were also on target for the visitors, who scored four times in the final 12 minutes.

Leeds needed a stoppage-time penalty to earn a 1-1 draw at home to Wolves.

Wolves were set to move up to fifth until Joe Gelhardt was fouled inside the area in the 94th minute and Rodrigo slotted home the penalty.

Burnley remains in the bottom three, but Maxwel Cornet is proving himself a shrewd signing for Sean Dyche's men as the Ivorian scored twice in a 2-2 draw at Southampton.

The Saints turned the game around after Cornet opened the scoring to take the lead with goals from Tino Livramento and Armando Broja.

The former Lyon winger then salvaged a point for the Clarets with a thumping finish on the volley from outside the area.