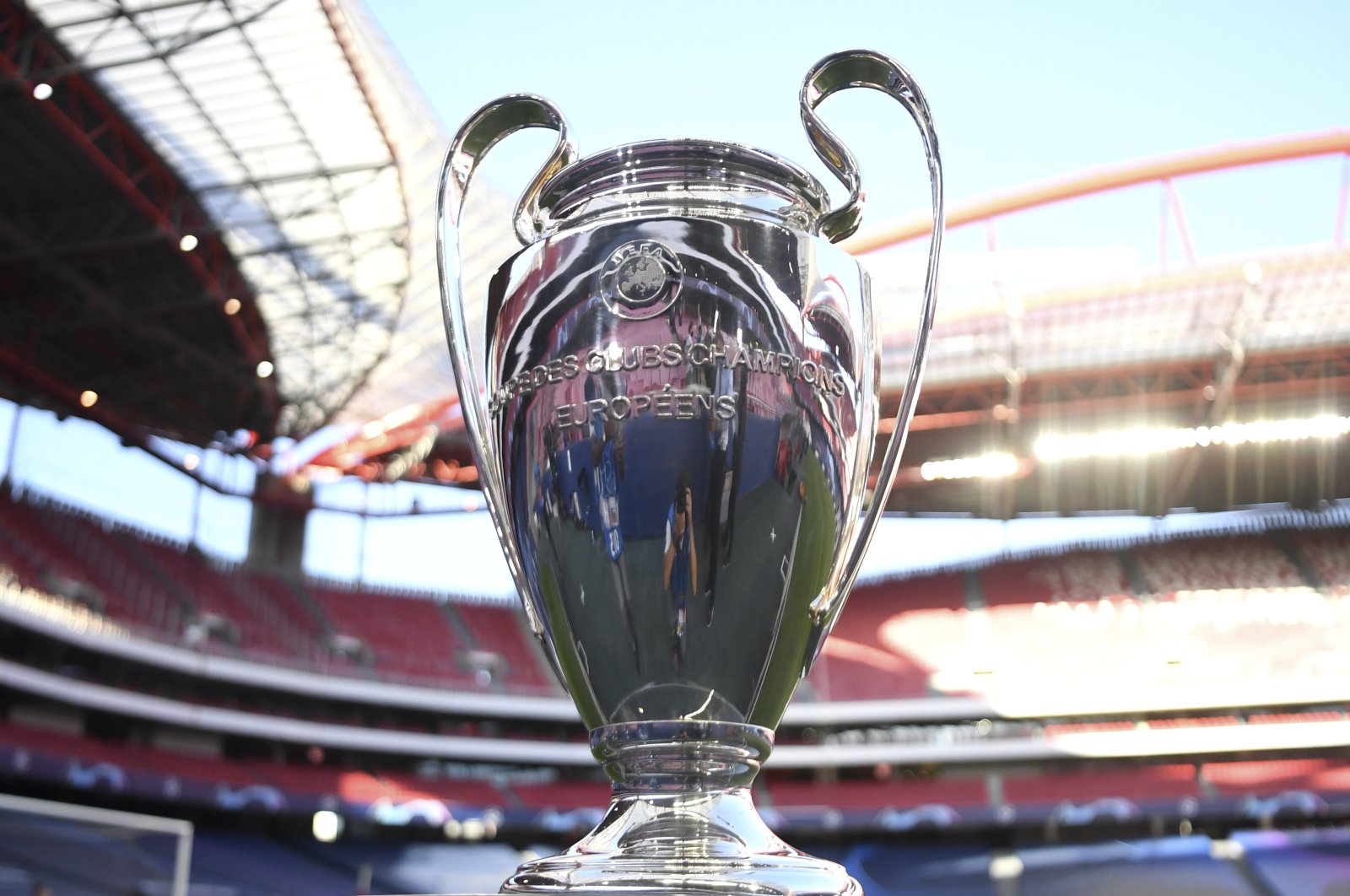 The Champions League trophy is displayed before a semifinal match between RB Leipzig and Paris Saint-Germain at Luz Stadium in Lisbon, Portugal, Aug. 18, 2020. (AP Photo)
by Daily Sabah with AFP May 19, 2021 10:54 pm
RECOMMENDED

The UEFA Champions League final and the Formula 1 Turkish Grand Prix have been moved from Istanbul for “political reasons,” President Recep Tayyip Erdoğan said on Wednesday.

"In my opinion, they made a political decision," Erdoğan said during a talk with the country's youth.

"I call it political because we were notified two years ago of the decision that the Champions League would be played in Turkey," he added.

The initial decision by UEFA was to hold the 2020 final in Istanbul but that decision was postponed to this year when the coronavirus pandemic spread across the country. However, after this year’s final was scheduled to be a meeting between two English clubs – Manchester City and Chelsea – the final was postponed for a second year in a row due to the U.K.’s decision to place Turkey on a coronavirus travel red list.

Erdoğan said UEFA promised to hold the 2023 final in Istanbul after Ankara’s pressure.

Regarding the Turkish GP race, Erdoğan said the postponement came as a surprise as Istanbul was added to the calendar so late in the season.

“We organized a really successful race last year and all the participants in F1 lauded the efforts we put into it. Then they said we would be included on the calendar but then suddenly they moved the race to someplace else,” he said.

F1 last year reintroduced the Turkish GP to the calendar after a nine-year hiatus. The race was well received both by the participants and the audiences, with British driver Lewis Hamilton clinching his record-equaling seventh title in a thrilling race through a rain-drenched Istanbul Park circuit.

The organizers initially left Istanbul out of the calendar when the new season was announced, with a single race date left unannounced.

In late April, F1 said Turkish GP would be coming back for a second year, but a little more than two weeks later, it announced that the Istanbul race was postponed.