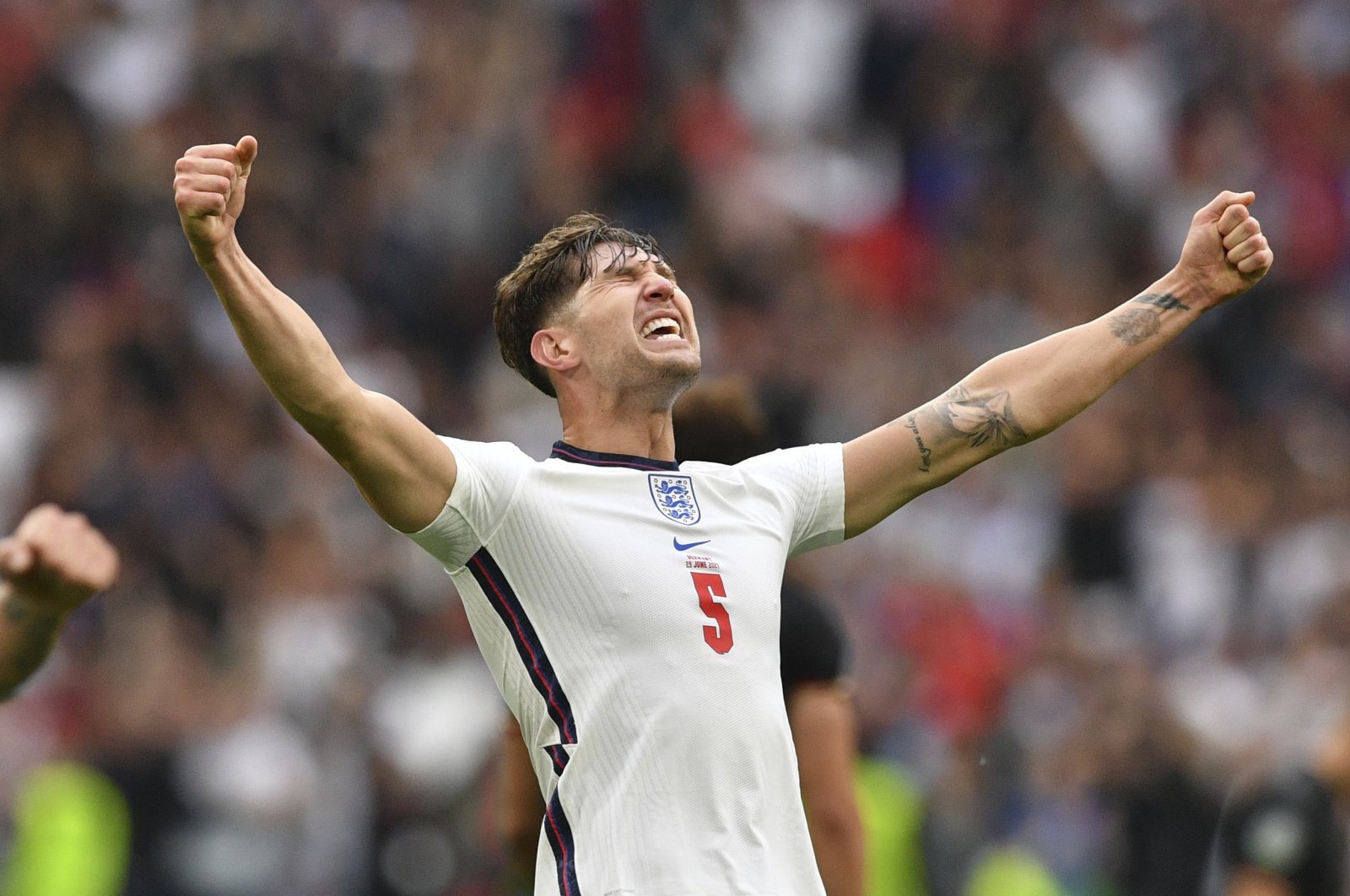 Denmark and the Czech Republic have both welcomed back injured players, while a driven England and inspired Ukraine try to best each other as Euro 2020's quarterfinals wrap up

An ambitious England takes on Ukraine, while the hopeful Danes face Czechs as Euro 2020’s quarterfinal round wraps up Saturday.

Denmark will be dreaming of a repeat of the surprising success in 1992, when it won the European title, as it faces the Czech Republic in the first match.

The Danes were in danger of an early exit after group-stage losses to Finland and Belgium, the first of which was overshadowed by star player Christian Eriksen suffering cardiac arrest on the pitch. But, roared on by a raucous Copenhagen crowd, they thrashed Russia 4-1 to finish second in Group B, before traveling to Amsterdam to thump Wales 4-0 in the last 16.

"It's a chance that we might never have again," coach Kasper Hjulmand said ahead of Saturday's match, according to Agence France-Presse (AFP).

"It's many years' work for lots of people. We want to make the most of this chance."

The Scandinavians have gone from strength to strength in the tournament and know victory in Azerbaijan would set up a semifinal meeting with either England or Ukraine at Wembley.

The last time Denmark reached a major quarterfinal was at Euro 2004, where it was beaten 3-0 by a Czech Republic side inspired by Pavel Nedved and two goals for Milan Baros.

"At the time, we all believed we would easily get past them. And that turned into an awful and, as I remember, rainy day in Copenhagen."

The Czechs produced an excellent display to beat the 10-man Netherlands 2-0 in Budapest last time out but have expressed their frustrations about having to play in Baku.

A packed Puskas Arena, including 7,000 Czech fans, saw them beat the Dutch, but it will be far more difficult for supporters to travel to the Azerbaijani capital.

"You fly a distance like this to Baku only to play in front of an empty stadium, now that we saw the atmosphere in Budapest," said midfielder Petr Sevcik.

Jaroslav Silhavy's men have reached the last eight at a major championship for the first time since 2004, when they lost to Greece in the semifinals, by conceding only two goals in four games while relying on in-form striker Patrik Schick.

The Bayer Leverkusen player has netted four times already, including one of the all-time great Euro goals against Scotland, to sit just one behind Cristiano Ronaldo in the race for the Golden Boot.

Schick is the only player still in the tournament to have scored four goals or more and is aiming to become the second Czech, after Baros, to finish as European Championship top-scorer.

"Of course we would like Pata to win the Golden Boot. We'll do our best to help him," Sevcik said.

Later in the day, England will take on Ukraine for the last ticket to the Euro 2020 semifinals.

Gareth Southgate's England went into its last-16 tie with Germany amid relentless reminders of historic failures against its old rival and the fear of yet another. And now, Southgate’s men are simply expected to beat Ukraine in Rome Saturday.

It is not only the media and fans in England, buoyed by Tuesday's victory at Wembley, that makes the Three Lions clear favorites – any objective analysis of the two teams would reach the same conclusion.

England is ranked third in the world while Ukraine is 24th.

The average player value of the England team is 57.8 million euros ($68 million) – while Ukraine's is 6.6 million euros.

England's captain Harry Kane is valued at over 100 million euros and Ukraine's top player Oleksandr Zinchenko is worth less than a quarter of that amount.

In the group stage of the tournament, England was unbeaten and finished top of their group while Ukraine lost twice and finished third, the only team with three points to make it to the knockout stage. This is their first Euro quarterfinal match while it will be England's sixth.

Ukraine has conceded six goals in their four matches while England has let in none and in seven meetings between the two nations, England has won four times and Ukraine just once.

"It's pretty clear (that England are favorites) – you've seen them, the players they have, and the level they play at," Ukraine defender Mykola Matviyenko was quoted as saying by Reuters.

"So, yes, it will be difficult but I'll say it again: Anything is possible at this stage, and we believe," he added.

While Southgate's men go into this game still buzzing from the electric atmosphere at Wembley, Ukraine is also on a high after Artem Dovbyk's header at the end of extra-time gave it a 2-1 win over Sweden.

The pressure is all on England for whom defeat would mean the tournament is viewed as a failure and they will leave their home turf for the Stadio Olimpico where the crowd will be smaller but probably backing their underdog opponents.

"This is a big challenge for us. We’ve got to go away from Wembley, to somewhere where there might not be many fans, it’s quite hot, and play an opponent where not many of their players are known to us," Southgate said.

“And then there is this perception now that all we’ve got to do is turn up and we’re on our way. So there is total focus now on Saturday, we need to prepare the right way, and our mentality will be critical," he added.

His counterpart, Andriy Shevchenko, is relishing the chance to take on England at a ground where he played against Roma and Lazio during his years as a prolific goalscorer with AC Milan.

"They are incredibly difficult to score against but their strength shouldn't scare us," he said.

"It should motivate us because everything is possible in football as in life and we will play our hearts out to give our fans even more to cheer about."