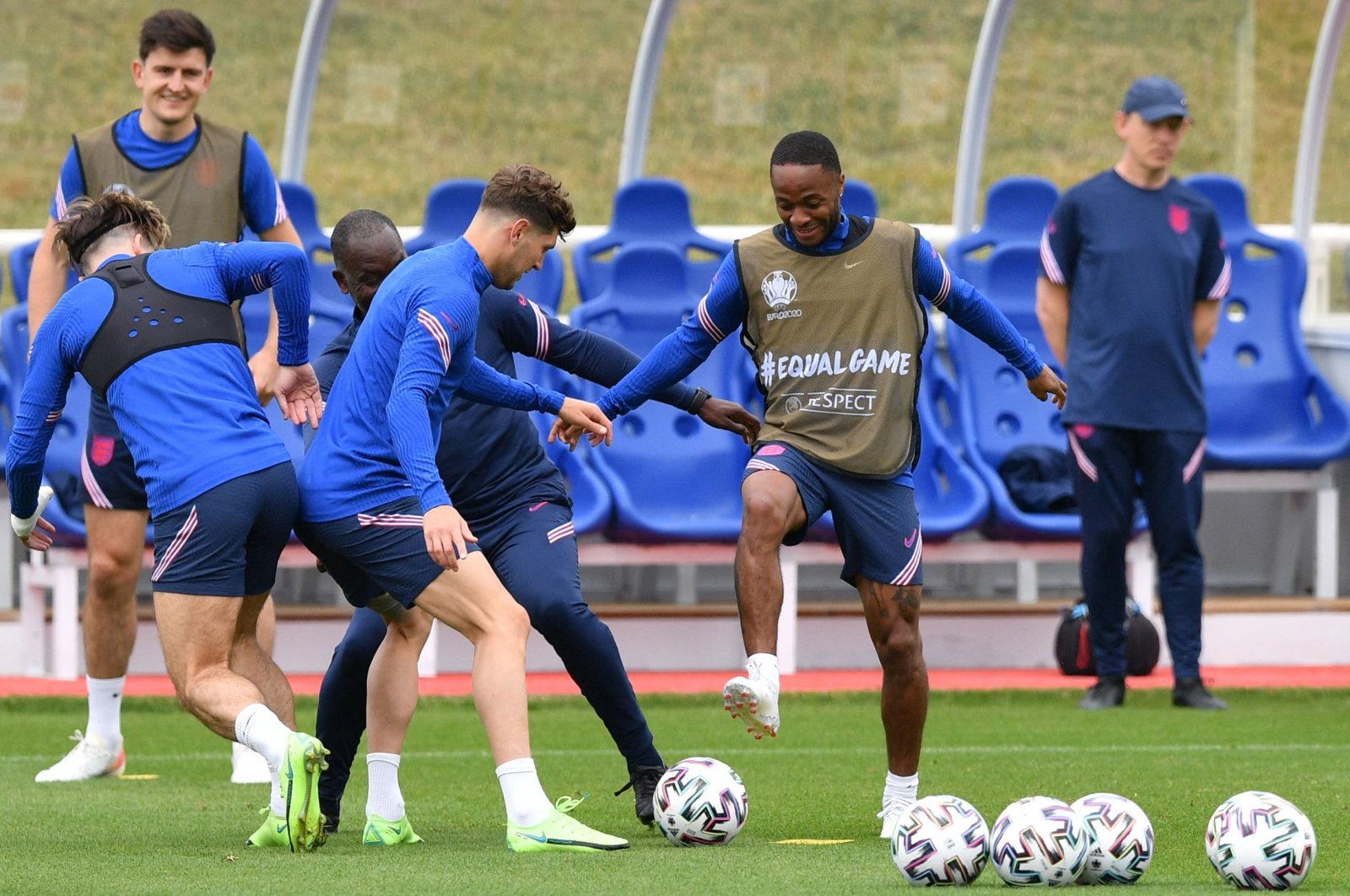 Traditional rivals England and Scotland will take on each other in an enticing Euro 2020 clash at Wembley on Friday.

Scotland's return to the major tournament stage may be off to a slow start, facing England offers Steve Clarke's men the chance to writes themselves into folklore for generations to come.

A 2-0 defeat by the Czech Republic at Hampden on Monday leaves Scotland realistically needing to avoid defeat against the Three Lions to maintain hopes of making it out of the group stage for the first time.

On paper there appears a gulf in class for Clarke's side to bridge against the side ranked fourth in the world, who harbor ambitions of conquering Europe for the first time.

But no game means more to Scotland than beating the old enemy.

The Scottish sides of 1967 and 1977 are still fondly remembered for victories at Wembley in the old British Home Championship.

Doing so at its first major tournament for 23 years would make the Scottish players legends back home.

"The English media would have you believe the gap is humongous," said Aston Villa midfielder John McGinn on Wednesday. "It's up to us on Friday to prove that wrong."

McGinn is one of a batch of proven Premier League players in Clarke's squad that have helped guide Scotland back from the wilderness in international football.

Andy Robertson has won the Champions League and Premier League at Liverpool, Scott McTominay has established himself as a regular at Manchester United and there are hopes Arsenal's Kieran Tierney could be fit to return from injury.

In total 14 of the 26-man Scotland squad ply their trade in England.

Rather than be starstruck by its more illustrious opponent, McGinn believes many of the Scottish team has already proven they can go toe-to-toe with the best England has to offer.

"We compete against the majority of these guys week in, week out and we seem to hold our own," added the 26-year-old.

"We know if we play to our capabilities we'll give England a lot of problems."

If Scotland is to pull off the upset of the tournament so far, Clarke has a number of big decisions to make.

Tierney's return would be a huge boost as his presence on the left side of a back three was badly missed with and without the ball against the Czechs.

Despite never starting a previous international, there is also a clamor for Chelsea's Billy Gilmour and Nathan Patterson of Rangers to be thrown in at the deep end after impressing in pre-tournament friendlies.

Southampton's Che Adams is almost certain to start up front after being surprisingly left on the bench for the opening game.

Clarke is another of the Scottish contingent to have made his name in England, firstly as a player and then a coach at Chelsea as part of Jose Mourinho's backroom staff.

Never one to get too high in victory, or low in defeat, the 57-year-old has dismissed the reaction to losing to the Czechs as unnecessary "doom and gloom".

"You have to look only forward, there is no point looking back and thinking 'If only this, if only that.' We move on," he said.

"We said before the tournament we need to get the points to get out the group, we've still got a chance to do that."

Getting out the group via victory at Wembley would be the sweetest way for Scotland.

Croatia will not assign a particular defender to stifle the in-form Czech Republic forward Patrik Schick when they meet in a crunch Euro 2020 Group D match in Glasgow on Friday, assistant coach Vedran Corluka said.

Schick netted a superb brace in Monday's 2-0 win over Scotland at Hampden Park and although Corluka heaped praise on the 25-year-old, he stressed the Croatians would stick to its usual defensive strategy.

"Schick is an outstanding player and I say this not only because he scored two goals against the Scots," former defender Corluka told a news conference in Croatia's coastal Rovinj base camp on Wednesday.

"He has shown at club level too that he is a handful up front but we won't man-mark him. That's never been our strategy at the back and it won't change on Friday."

Corluka, who played in the center of defense when Croatia threw away a two-goal lead in a 2-2 group stage draw with the Czech Republic in Euro 2016, said the present Czech side would be even more difficult opposition.

"This team is much faster and more dynamic and hence much more awkward to play against. We face a tougher challenge now than we did in 2016," Corluka said.

Croatia, the 2018 World Cup runners-up, is under pressure to deliver after a 1-0 defeat by England and Corluka conceded they needed to show more bite up front after a subdued performance at Wembley.

"Our recent problems are clear for everyone to see," he said. "We are struggling in the final third of the pitch and not creating enough chances. We are working hard to get that right."

Center back Dejan Lovren is back in training after recovering from a knee ligament injury in the build-up to the tournament but is unlikely to start as his replacement Duje Caleta-Car put in a decent shift against England.

With no injury problems, the Czechs have a full squad to choose from and goalkeeper Tomas Vaclik said Croatia being under pressure could play into their hands as they will look to catch their rivals on the break.

"Croatia needs the three points after losing to England and they will therefore have to attack. We have an idea how we are going to play against them," he said.

"We timed our form well. We played a really good match against the Scots and now it's important that we keep it up." (Writing by Zoran Milosavljevic; Additional reporting by Michael Kahn; Editing by Christian Radnedge)

Sweden up the ante

The return of winger Dejan Kulusevksi to face Slovakia will bolster Sweden's attacking options following an ultra-defensive display against Spain that earned them a scoreless draw, but few new fans at Euro 2020.

Janne Andersson's side stifled the Spaniards in Seville as Juventus winger Kulusevksi watched on TV, isolated from his teammates along with midfielder Mattias Svanberg following positive tests for COVID-19.

Having never lost to the Slovakians, Andersson indicated that he and his side are unlikely to show them the same level of respect as they did to Spain.

"We have everything in our toolbox based on what we have practiced, what we have prepared for and how we have played in different games these last few years," Andersson told reporters.

Sweden striker Alexander Isak, who had a shot turned onto a post in the first half and created a chance that Marcus Berg should have scored from in the second, should lead the line, and he has good memories of playing against the Slovakians.

Isak netted his first international goals against Slovakia in January 2017 aged 17 years 113 days, making him the youngest player to score for Sweden.

The Swedes will face a tough task in Slovakia, who beat Poland 2-1 to top the group after the first round of games with Milan Skriniar getting the winner.

With no injury problems reported, Stefan Tarkovic has a full Slovakia squad to choose from, while Sweden's Mikael Lustig may miss out after suffering a groin strain against Spain.