Galatasaray's Muslera out for 8-10 weeks after Luyindama collision 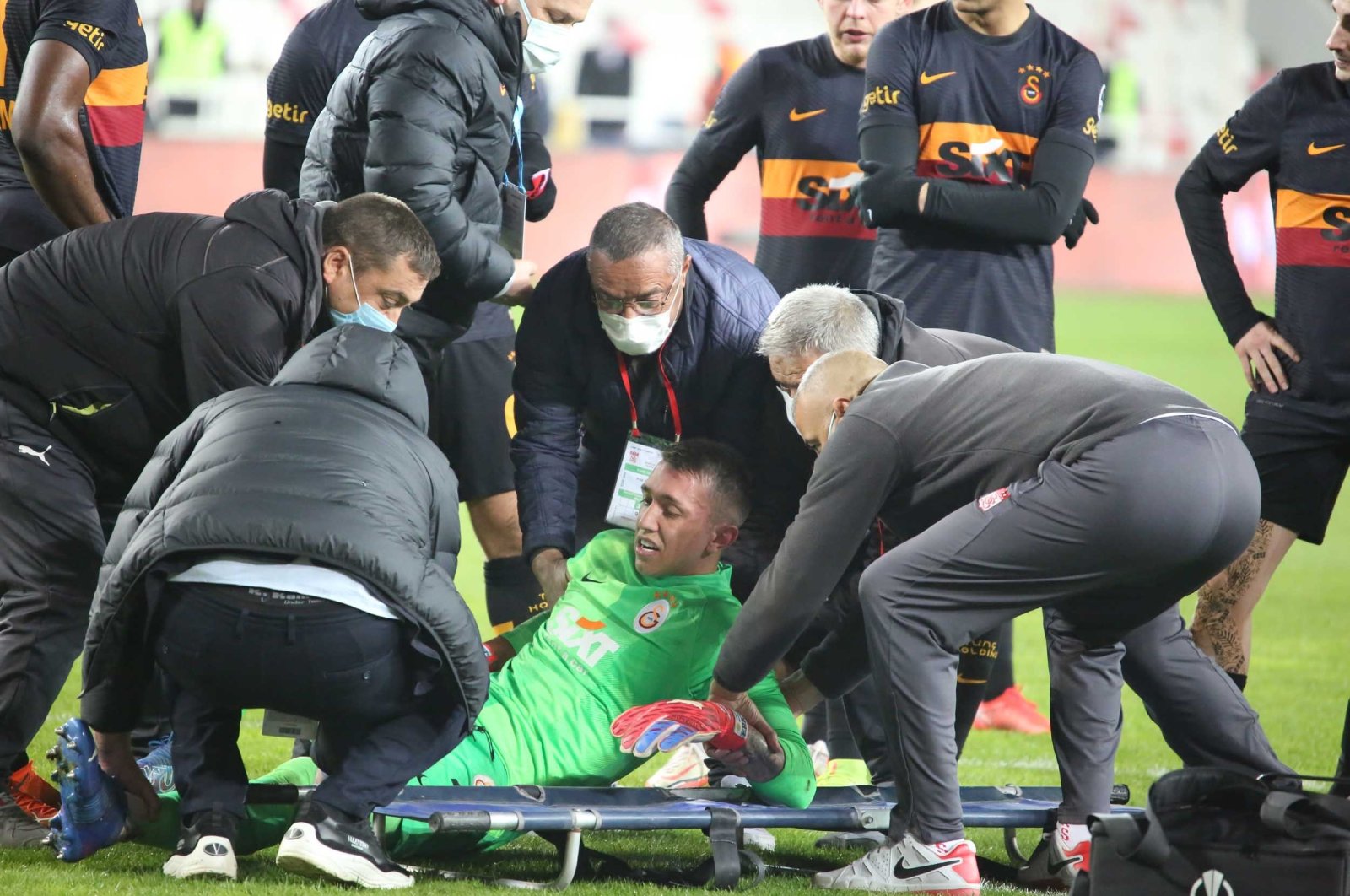 Galatasaray’s veteran goalkeeper Fernando Muslera has been ruled out for at least eight to 10 weeks with a knee injury, the club confirmed on Tuesday.

The Uruguayan was left writhing in pain after he accidentally collided with teammate Christian Luyindama during Monday’s Süper Lig match against Sivasspor.

In a statement, the Istanbul club said the collision had torn the medial collateral ligament on Muslera’s left knee and also hurt the anterior cruciate ligament (ACL).

Due to the seriousness of the injury, the 35-year old will likely be out until the end of the winter break and might only return in the second half of the season.

Muslera was also out for weeks last year after he suffered a double fracture on his right leg during the Turkish Süper Lig tie against Çaykur Rizespor and underwent surgery.

Muslera joined Galatasaray back in 2011 and has remained with the Lions ever since. His contract was extended for another three-year term earlier in March.

The veteran goalkeeper, who also captains the Yellow Reds, remains the club's most capped foreign player. He also made 131 appearances for Uruguay and contributed greatly to his team's World Cup and Copa America campaigns.