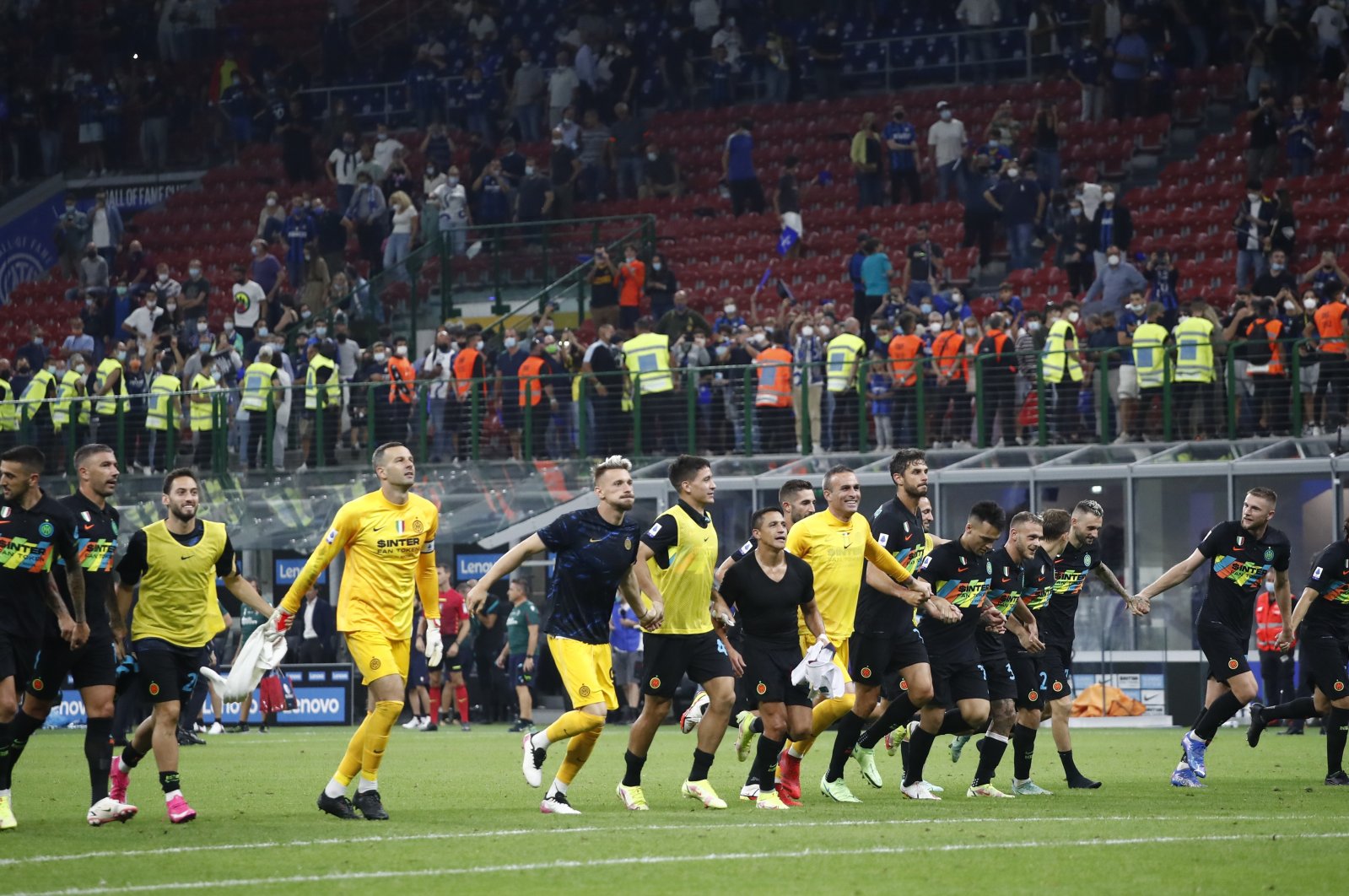 Inter Milan displayed a superb performance on Saturday as the defending Serie A champion dominated Bologna 6-1 to climb to the top of the league.

Even without Romelu Lukaku and Antonio Conte, the Nerazzurri completely overwhelmed the visitor to extend its unbeaten start.

The victory provided some welcome relief following two frustrating performances for Inter: A draw at Sampdoria last weekend and a loss at home to Real Madrid in the Champions League. Inter moved atop the standings, one point above AS Roma, AC Milan, Napoli – which are yet to play this weekend – and Fiorentina, which won at Genoa 2-1 earlier. Bologna's first defeat of the season left the club seventh.

There had been concern about Inter’s status after Conte surprisingly left the team in May shortly after leading the club to its first Italian league title in more than a decade. Conte was openly concerned about the finances of Inter's Chinese owners and his lack of input in the transfer market, and his worries were confirmed when Lukaku was sold to Chelsea in August for a reported $135 million, a record transfer fee for the European champions. Lukaku scored 64 goals in 95 matches across all competitions in his two seasons at Inter.

But under new coach Simone Inzaghi, Inter has had no trouble so far making up for losing Lukaku’s goals. With 15 goals scored in four matches, Inter has the most productive attack in the league.

Lautaro started things off against Bologna by redirecting a cross from Denzel Dumfries six minutes in at the San Siro for his fourth goal in as many matches.

Skriniar then rose uncontested to meet a corner with an on-target header on the half-hour mark and Barella concluded another devastating counterattack four minutes later.

After the break, Vecino scored with a tap-in then Dzeko scored through the goalkeeper's legs for his first and fired in from a sharp angle for his second.

"You have to look at everything and not just at the result," Inzaghi said. "I have to say congratulations to the players. I was very angry because when you don't win after a match like ours against Real Madrid on Wednesday it's not nice. Tonight we had a great match, every single player was amazing."

The Viola won 2-1 at Genoa with second-half goals from Riccardo Saponara and Giacomo Bonaventura. Genoa pulled one back with a late penalty from Domenico Criscito.

Italiano was a late hire after Gennaro Gattuso left Fiorentina in June, barely three weeks after taking charge of the club, due to disagreements over the transfer market.