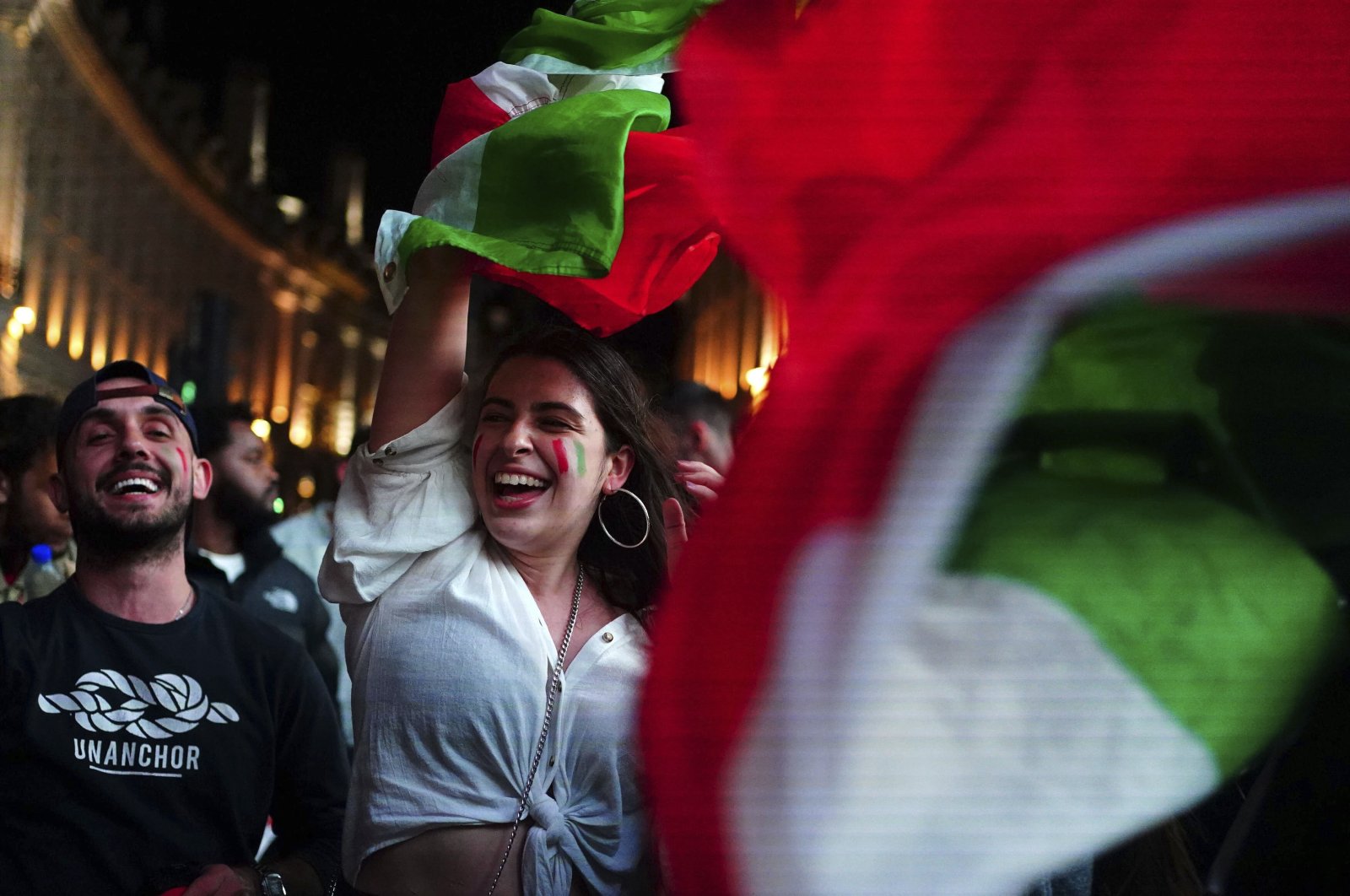 Jubilant Italian fans took over the streets from Milan to Palermo as they celebrated the national team's Euro 2020 triumph over England on Sunday, leaving behind painful memories of the COVID-19 pandemic that has ravaged the country for more than a year.

In the heart of the capital Rome, a concert of car horns and foghorns rang out amid a cloud of smoke from firecrackers after Italy lifted their second European title and first since 1968.

Roberto Mancini's side won 3-2 on penalties after the match at Wembley had finished 1-1 after extra time.

At the final whistle, thousands of fans draped in Italian flags left fan zones installed near the Colosseum and Piazza del Popolo to converge on Piazza Venezia, at the foot of the monument to King Victor-Emmanuel II, father of Italian unification.

Many had dreamed of a double in London on Sunday, but Matteo Berrettini lost the Wimbledon final to Novak Djokovic.

The European football crown will return to Italy, though, three years after the four-time world champions failed to qualify for the World Cup for the first time in 60 years.

"We can't win everything!" one fan Piero told AFP.

"The important thing was the Euro. It was our year," added his girlfriend Federica.

Few of the crowds wore masks, which have not been mandatory outdoors in Italy since the end of June.

Discussions were held on whether or not to install a giant screen at the Stadio Olimpico, but the authorities, fearing an outbreak of the Delta variant, decided against the idea.

On paper, large gatherings were prohibited.

But it was difficult, in reality, to prevent young and old from finally meeting after months of lockdown when they were deprived of social life.

Under the hundred-year-old pines of Via dei Fori Imperiali, the police watched the procession of jubilant supporters.

Beyond the sporting performance, Italy wants to believe that the coronation as European champions will help the country definitively close the fatal chapter of the COVID-19 pandemic which has killed more than 128,000 people.

The nation was the first in Europe to be seriously struck by the virus in February 2020 and the memory remains vivid.

For Pierluigi de Amicis, 51, "it's a rescue, after a year and a half of pandemic, suffering, death."

"Hopefully the delta variant won't ruin everything," he added.

"IT'S OURS! Football came home," read the Corriere dello sport. "England beaten on penalties, Italy in the streets to celebrate the Cup."