Leader Inter Milan aims to cap off memorable 2021 in style 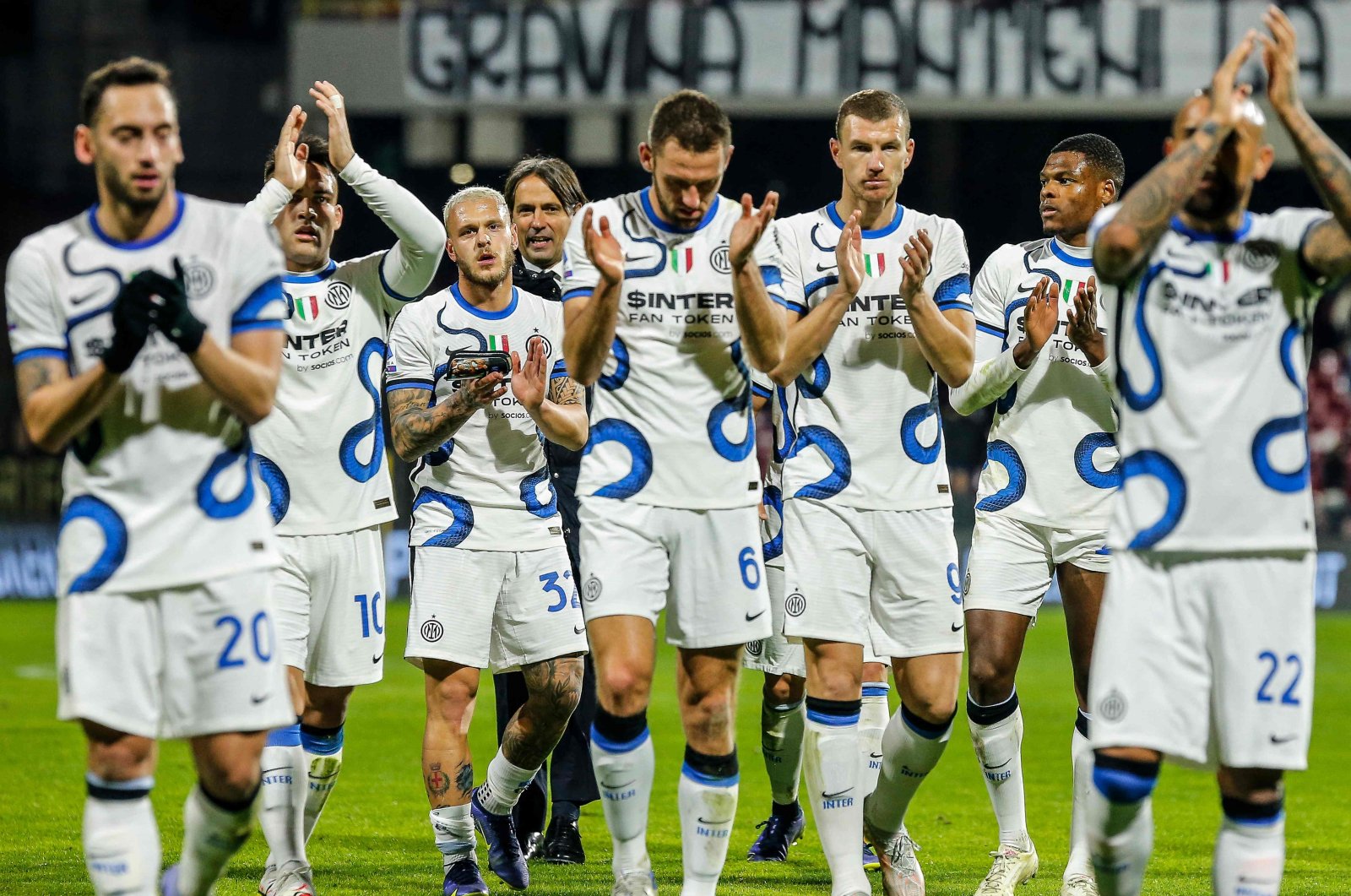 Inter Milan players and coach acknowledge the public at the end of a Serie A match against Salernitana, Salerno, Italy, Dec. 17, 2021. (AFP Photo)
by REUTERS Dec 21, 2021 3:16 pm
RECOMMENDED

Serie A table topper Inter Milan will look to cap off a memorable year with a win as it faces Torino in the Italian top flight's final round of fixtures before the winter break Wednesday.

Inter lifted its first Scudetto in 11 years in May, finishing 12 points ahead of rival AC Milan in second.

After losing key figures in that title success during the close season – coach Antonio Conte, top goalscorer Romelu Lukaku and flying fullback Achraf Hakimi – things did not start well this term under Simone Inzaghi, with Inter playing catch up until recent weeks.

It has found top gear again, however, to sit top of the standings by four points. Inter has been crowned winter champion, too, following its sixth successive league win, at Salernitana on Friday, and Milan's loss to Napoli on Sunday.

Friday's 5-0 success took Inter to 100 goals in a calendar year for the first time in its Serie A history.

By its high standards, Juventus's 2021 has been nothing short of woeful.

Looking to make it 10 successive league titles last season, rookie coach Andrea Pirlo could only steer Juve to the fourth position – a return that cost him his job.

Massimiliano Allegri returned to save the day in the close season, taking charge of the Turin club for the second time, but he has fared even worse, with Juve languishing down in seventh ahead of Tuesday's clash with Cagliari.

Allegri is fully aware he has it all to do to turn things around.

"We have to win tomorrow and then see where we can get," Allegri told a news conference Monday. "On Feb. 28, we’ll know if we are in the race for the top four. There's a lot of work to do over the next two months."

Milan is again looking likely to be one of Inter's main title challengers, but Stefano Pioli's side, who went unbeaten in its opening 12 league matches of the season, has stuttered of late, losing three of its last six league games.

Empoli is Milan's final opponent before the winter break Wednesday and will be no pushover, having already beaten Juve and Napoli this season.

Napoli's 1-0 win in the San Siro on Sunday saw them climb above Milan to sit second on goal difference. It too went unbeaten in the opening 12 league games before falling away. Victory over Spezia on Wednesday will keep it in the title hunt.

Fourth-placed Atalanta's six-game Serie A winning streak was ended by AS Roma on Sunday, meaning it cannot afford more dropped points at Genoa on Tuesday if it is to keep Inter in sight.