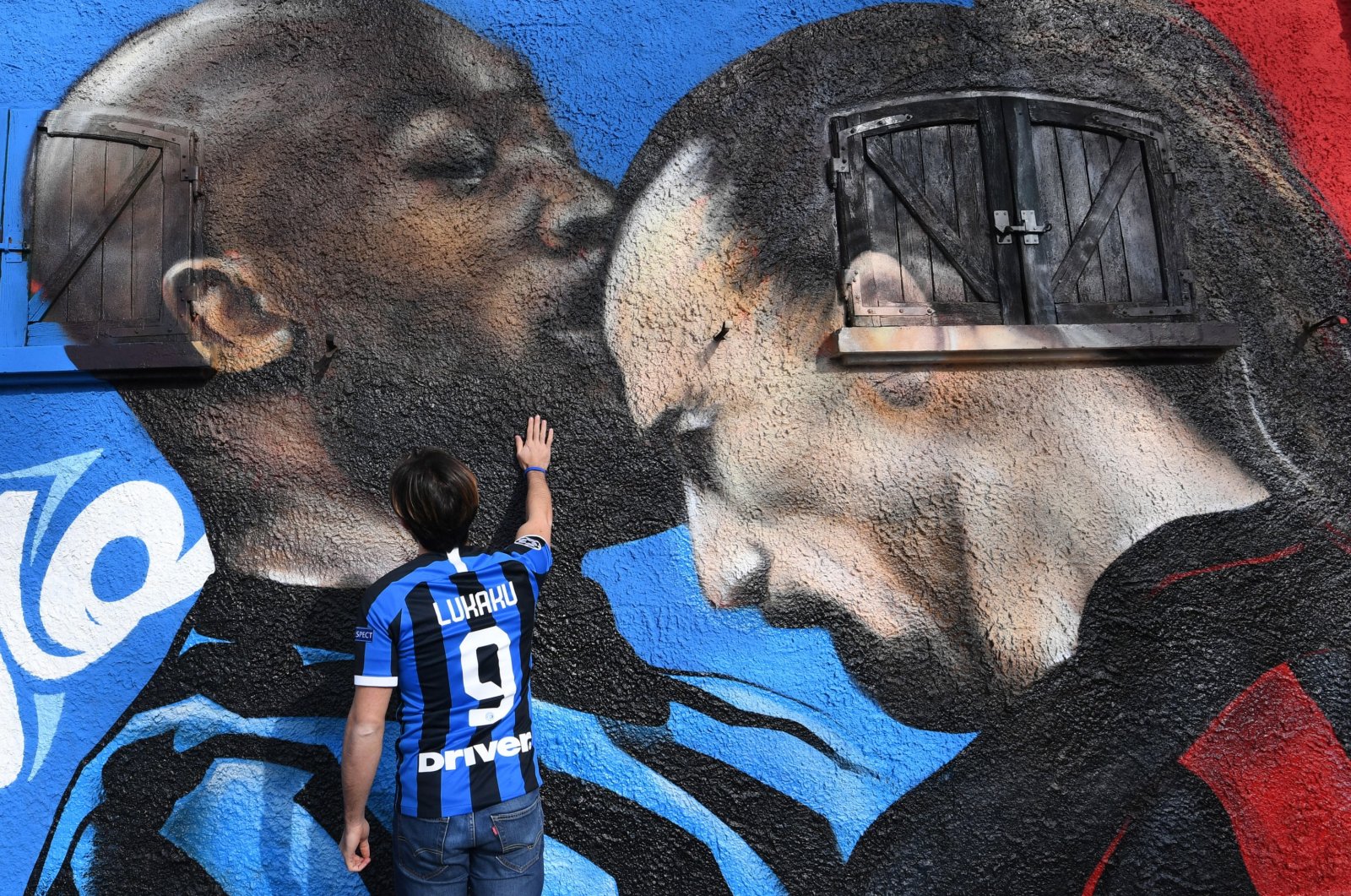 AC Milan and city rivals Inter renew their duel for the top spot in Serie A on Sunday in a third clash this season between star strikers Zlatan Ibrahimovic and Romelu Lukaku as champions Juventus play catch-up.

The stakes are high in the Milan derby. The Scudetto could be on its way back to Milan after nine years of domination by Juventus. Inter and AC Milan clash in a hotly-anticipated "Derby della Madonnina" with Antonio Conte's Inter having moved a point clear of its city rival at the top last weekend after Milan lost at Spezia.

With Roma and Juve both some way off the pace, the winner of this derby will be in a very strong position.

Inter has the momentum and has won five of the last six derbies, including a 2-1 victory in the Coppa Italia last month.

However, Milan, who rested key players including Ibrahimovic against Red Star Belgrade in the Europa League, won the last Serie A derby in October.

Bayern was given a fright by Arminia Bielefeld on Monday, having to come from 3-1 down to draw 3-3 on the back of its Club World Cup exertions. Hansi Flick's team remains five points clear of RB Leipzig atop the Bundesliga, but it faces a tough test at third-placed Eintracht Frankfurt.

Eintracht lost 5-0 when it last faced Bayern, away, in October. However, it has won eight and drawn two of its last 10 Bundesliga outings, powered by Portugal forward Andre Silva, who has 11 goals in that time and 18 altogether in the Bundesliga.

Only Robert Lewandowski, with 25, has more, but Bayern could have one eye here on next Tuesday's Champions League last 16, first leg against Lazio.

Erling Braut Haaland is once again the talk of Europe after his Champions League double against Sevilla, and now he has struggling Schalke in his sights with Borussia Dortmund in the Ruhr derby.

Haaland, who has 25 goals in 24 games this season, was on target when Dortmund won 3-0 in the last derby in October. Edin Terzic's team won 3-2 in Spain but a run of just one win in six in the Bundesliga has seen them slip to sixth.

There is therefore a risk it won't be in the Champions League next season. Schalke, meanwhile, looks unlikely to be in the Bundesliga next season. It is still just one win all season for the Royal Blues, who are bottom, nine points from safety. This could be the last Ruhr derby for a while.

Fresh from a statement performance in the Champions League, Kylian Mbappe faces his old club Monaco in a key game in Ligue 1.

Mbappe scored a stunning hat trick to floor Barcelona, leaving Paris Saint-Germain with one foot in the quarterfinals in Europe just as it finds itself playing catch-up in Ligue 1.

Mauricio Pochettino's side is second, a point behind Lille, while Monaco is fourth, five points behind PSG.

The principality side is unbeaten in 10 league games, and in Wissam Ben Yedder and Kevin Volland it boasts a fearsome strike duo. But it knows all about the threat posed by Mbappe, who emerged with Monaco and starred in its run to the title in 2017.

Barcelona look to bounce back

A humiliating night against PSG was a reminder to Barcelona of how far it has fallen compared with Europe's elite. Yet the 4-1 hiding came just as Ronald Koeman's side has been enjoying a revival in La Liga, in which it is unbeaten in 12 and has enjoyed seven straight wins. Lionel Messi has scored 14 in his last 14 league games.

For all that it remains third, nine points behind leader Atletico Madrid and now play a Cadiz side who won 2-1 when the teams met in December. However, Cadiz is on a run of four straight defeats in which it has conceded 15 goals. This, therefore, looks like the ideal game for Barca to bounce back.