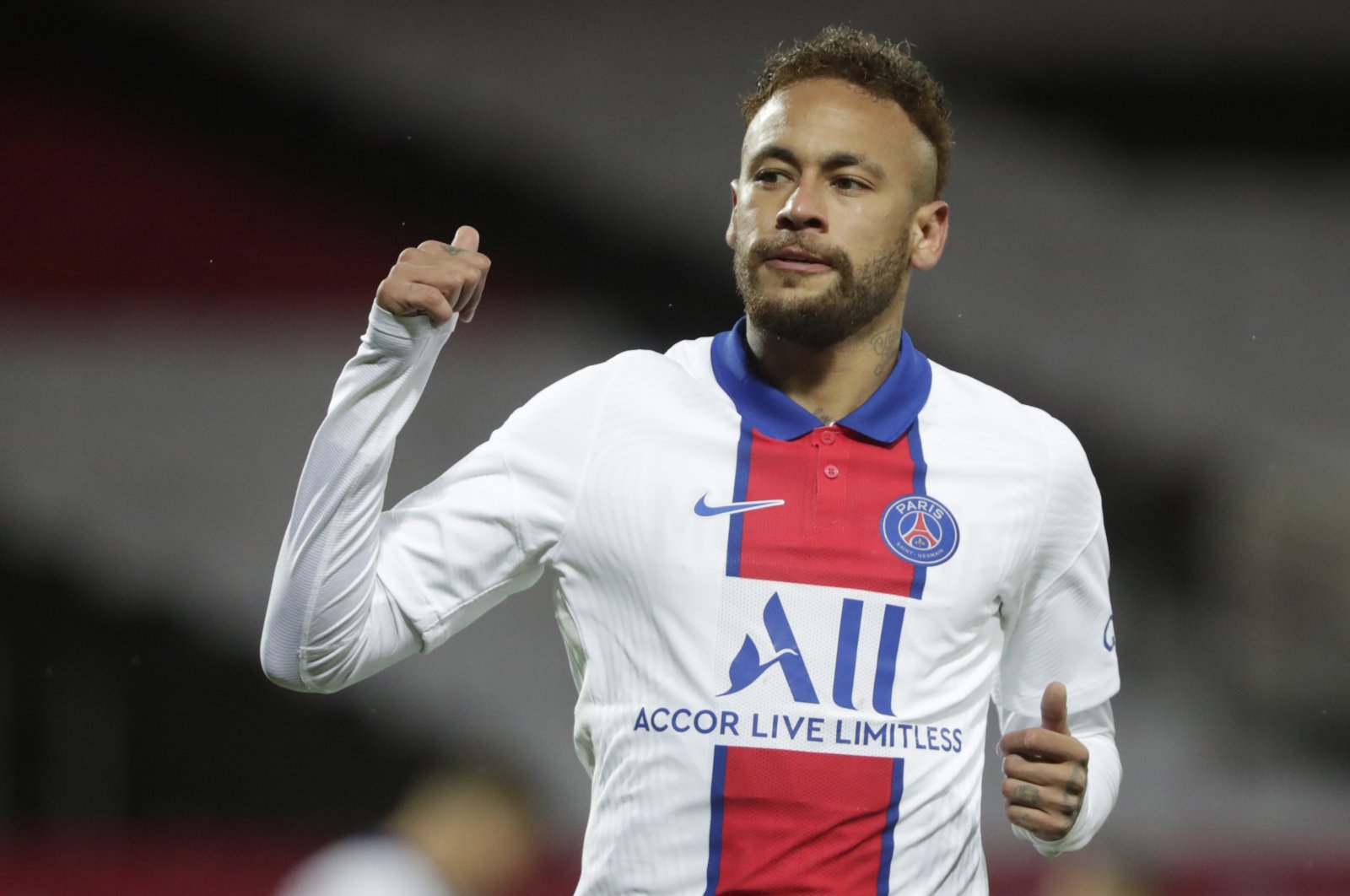 PSG's Neymar reacts during a French Ligue 1 soccer match between Brest and Paris Saint-Germain at the Stade Francis-Le Ble Stadium in Brest, France, May 23, 2021. (AP Photo)
by French Press Agency - AFP May 28, 2021 8:56 am
RECOMMENDED

Sports equipment and apparel giant Nike announced Thursday it has ended its cooperation with Neymar as the Brazilian star "refused to cooperate in a good faith investigation" launched over an employee's allegations of sexual assault.

Nike said in a statement that its investigation into the alleged 2016 incident, which was reported to the company in 2018, was inconclusive.

"No single set of facts emerged that would enable us to speak substantively on the matter," the company said.

In a Wall Street Journal article reporting the assault allegation, a spokesperson for Neymar said the player denies the claim.

"Neymar Jr. will vigorously defend himself against these baseless attacks in case any claim is presented, which did not happen so far," she said in a statement, adding that Nike and Neymar split for commercial reasons.

Nike said otherwise in its statement.

"It would be inappropriate for Nike to make an accusatory statement without being able to provide supporting facts," the company said, but added: "Nike ended its relationship with the athlete because he refused to cooperate in a good faith investigation of credible allegations of wrongdoing by an employee."

The Wall Street Journal reported, citing documents and unnamed people, that Nike hired lawyers at Cooley LLP to conduct an investigation starting in 2019 and decided to stop featuring Neymar in marketing during the probe.

In its statement, the company said it was prepared to investigate in 2018 when the woman first came forward, but "respected the employee's initial desire to keep this matter confidential and avoid an investigation."

The firm therefore didn't share information with law enforcement or any other third party until 2019, when she expressed an interest in pursuing the matter.

"We continue to respect the confidentiality of the employee and also recognize that this has been a long and difficult experience for her," Nike said.

Neymar's spokesperson told the Wall Street Journal that the two parties had been in talks since 2019.

"It is very strange a case that was supposed to have happened in 2016, with allegations by a Nike employee, come to light only at that moment," she told the newspaper.

"We were surprised by something that happened in 2016," the senior Neymar told Brazil's Folha de Sao Paulo newspaper. "It's all very strange now. Neymar doesn't even know this girl. Of course, this came from Nike after we left."

Nike did not give a reason when it terminated its contract with Neymar at the end of August 2020. The company had sponsored Neymar, 29, since he was a 13-year-old prodigy.

The superstar announced in September 2020 that he had signed an endorsement deal with Puma to become the German sportswear giant's new poster boy.

Earlier this month, Neymar signed a contract extension with French champion Paris Saint-Germain that will keep him with the club until the end of the 2024-2025 season.

The Brazilian said he has "grown as a person, as a human being" since joining the club in 2017 from Barcelona for 222 million euros ($270 million) in what remains the most expensive transfer in history.

Neymar has claimed three Ligue 1 titles and two French Cups with PSG, although he has also provoked hostility from fans by saying he wanted to return to Barcelona.

His image as an eternal spoiled child was revived late last year by rumors of a giant year-end party he organized in his homeland in the midst of the coronavirus pandemic, which Neymar denied claiming it was only a "low-key dinner."

A young woman also filed a complaint against him for rape in 2019, a case he vehemently denied and that was eventually dropped.