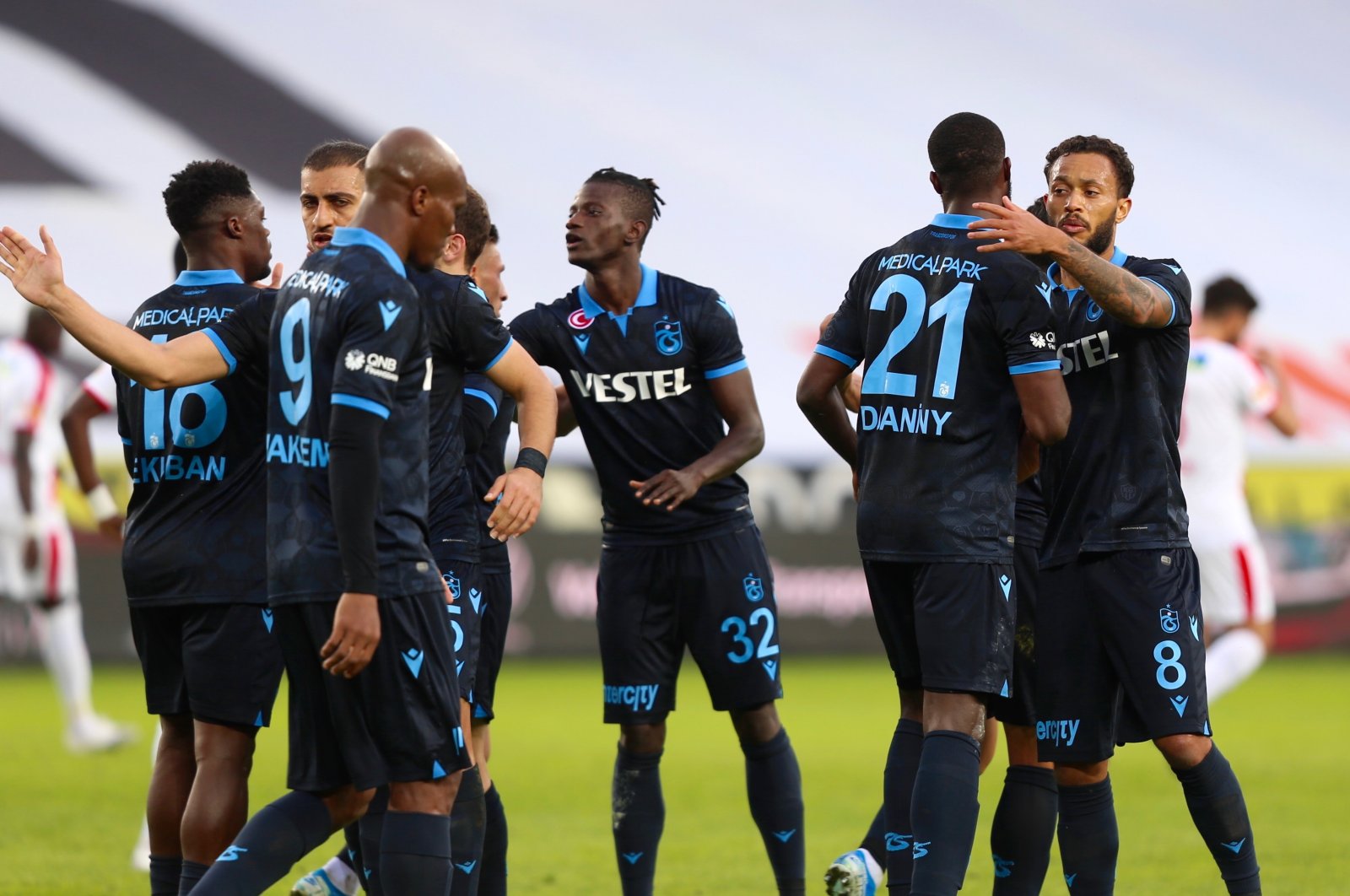 Almost completely reversing its pitiful form with the arrival of coach Abdullah Avcı, the Black Sea Storm looks to join the title race by knocking the Black Eagles out of the top spot

With the Süper Lig season’s first half out of the way, the title race has already taken a familiar form reminiscent of past years – a neck and neck race between Istanbul’s “Big Three.”

Beşiktaş, Fenerbahçe and Galatasaray have already converged at the top three spots of the table, and the Süper Lig trophy appears to be poised for an Istanbul club.

This weekend’s clash between Trabzonspor and Beşiktaş, however, could upset the balance of power as the Black Sea giant could become a late entry to the title race after reviving itself under coach Abdullah Avcı.

Once condemned to the depths of the table at the start of the season, the Trabzonspor board was quick to take radical action when the club parted ways with former coach Eddie Newton after just seven matches.

Deemed risky at the time, Avcı’s appointment has proven to be on point as the veteran Turkish coach lifted his team as high as sixth place.

Since its dramatic exit from the Turkish Cup in December, Trabzonspor has since gone on to win six of its eight matches, while losing only once – to Istanbul powerhouse Galatasaray.

While the win was the Black Sea Storm’s first silverware under Avcı, it also had a twofold effect as both clubs were bitter rivals in last year’s title race, and Wednesday’s game was cold revenge for Trabzonspor.

Now with high morale and good form, Avcı’s men prepare to host Süper Lig leader Beşiktaş on Sunday for a shot at entering the fray.

While Trabzonspor will look to unseat Beşiktaş from its perch, coach Sergen Yalçın’s side could be too much to handle for Avcı’s players.

Not losing a match since a 2-1 defeat at Alanyaspor in December, the Black Eagles proved they intend to stay on top after spoiling a similar plan by Galatasaray.

Two weeks ago, Galatasaray visited Vodafone Park stadium with the same goal of unseating Beşiktaş but was sent packing with a 2-0 humbling by Yalçın’s men.

While Trabzonspor will have the home advantage, there has been little differentiation between home and away games due to the coronavirus pandemic barring spectators from stadiums.

For Sunday’s clash, both coaches will have the majority of their squads at their disposal.

Defenders Douglas Pereira and Nicolas Isimat-Mirin and striker Jeremain Lens will be missing from Beşiktaş’s match roster due to injuries, while Trabzonspor will be without midfielders Anders Trondsen and Abdülkadir Ömür.

Aside from the marquee event of the matchday, the majority of the Süper Lig fans will keep a watchful eye on Fenerbahçe’s match against Rizespor to see whether the top-flight’s most sensational transfer in recent years will come on the pitch.

After finalizing the transfer of Arsenal’s superstar-turned-exile Mesut Özil, fans of Fenerbahçe and almost all other teams were left wondering whether the German-Turkish playmaker would participate.

Considering Özil hasn’t played a single match in around six months, the 32-year-old player could still need some time before making his Süper Lig debut.

With or without Özil, however, the Rizespor match might be Fenerbahçe’s lucky break as the Yellow Canaries could swoop into the top spot if Beşiktaş fails to win on Sunday.