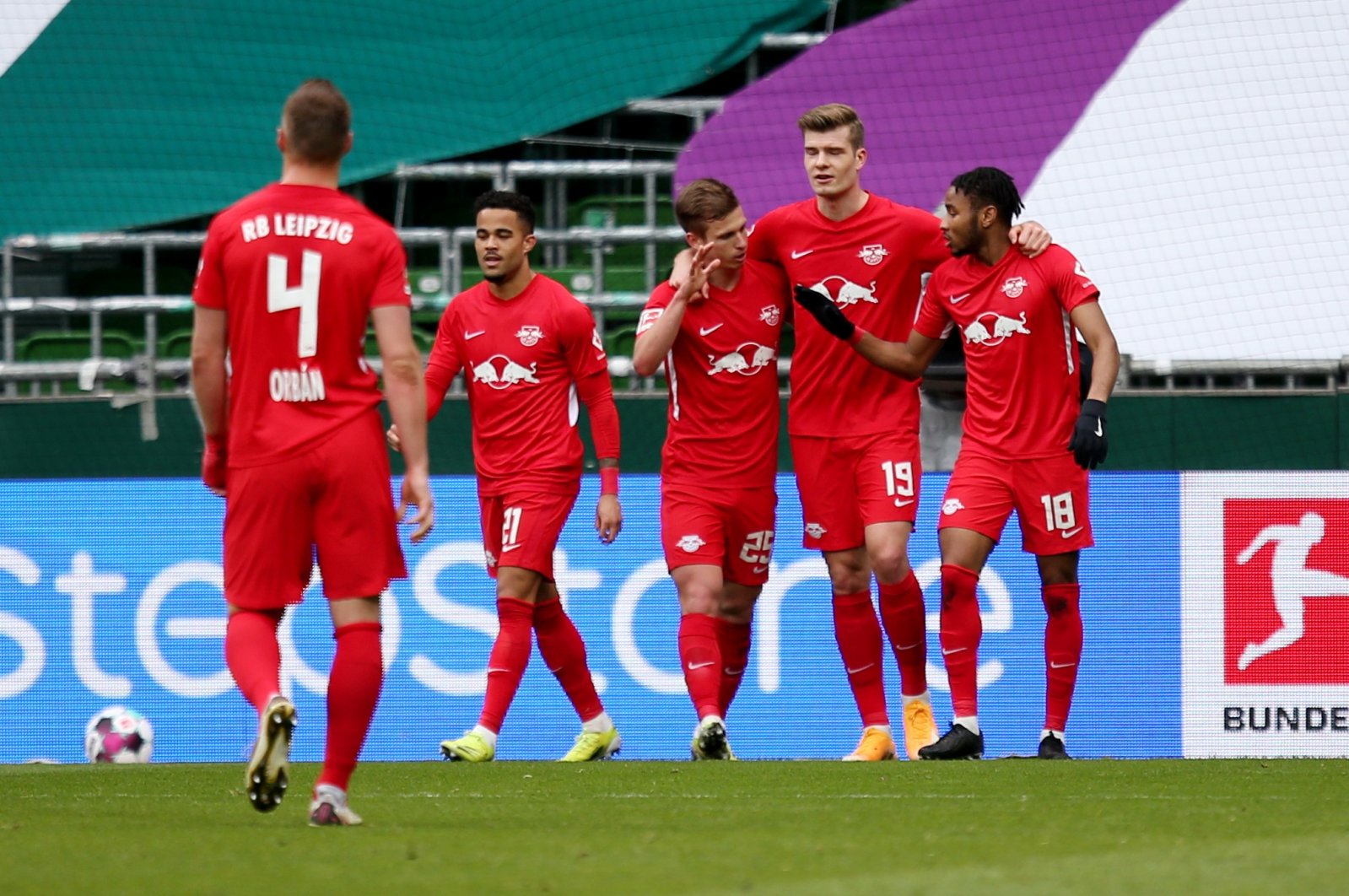 Sorloth headed his first goal nine minutes after Dani Olmo put the visitors ahead in the 23rd minute. He then grabbed his second of the afternoon four minutes before the break to kill the game.

The hosts pulled a goal back through Milot Rashica in the 61st but Marcel Sabitzer restored Leipzig's three-goal cushion two minutes later.

Second-placed Leipzig, losing last week's match against leader Bayern, moved to 60 points and cut the gap to five points with six games left in the campaign.

Union’s visit came at the wrong time for the European champion, weakened by injuries and focused on the second leg in the quarterfinals of the Champions League. Bayern lost the first leg 3-2 to Paris Saint-Germain on Wednesday.

Bayern struggled to break through Union’s stubborn defense until the 18-year-old Jamal Musiala finally made the breakthrough in the 68th minute, but Robert Andrich set up Ingvartsen for the visitors’ equalizer in the 85th.

Bayern coach Hansi Flick, who said Friday his squad wasn’t as strong as the previous year’s, started with reserve players Josip Stanisic and Tiago Dantas. It was a debut for the 21-year-old Stanisic, a defender, and first start for Dantas.

Bayern’s injury worries deepened after about half an hour when Kingsley Coman needed treatment on his left knee, but the France attacker continued till the break when he was substituted by Leroy Sane. Bayern had already been missing nine players through injury or illness including top striker Robert Lewandowski and winger Serge Gnabry.

The 18-year-old Christopher Scott came on for his Bayern debut in the 66th, and Musiala scored two minutes later. Union’s defense failed to clear the ball, which rebounded off Thomas Müller’s shoulder into Musiala’s path. He danced past a couple of defenders before scoring from close range.

Manager Hansi Flick, a front-runner for the Germany job after the Euros, has had an uneasy relationship with Bayern sports director Hasan Salihamidzic over squad planning and before the game repeatedly refused to answer questions regarding his future at Bayern.

Fourth-placed Eintracht Frankfurt enjoyed a 4-3 win over third-place Wolfsburg, and Hertha Berlin could only draw 2-2 with Borussia Mönchengladbach despite playing most of the game with a player advantage after Yann Sommer’s early sending off for the visitors.

The top four teams qualify for the Champions League group stage. Eintracht is on 53, a point behind the Wolves, and 10 ahead of fifth-placed Borussia Dortmund, which defeated VfB Stuttgart later on Saturday.

Teenager Ansgar Knauff fired in an 80th-minute winner for his first professional goal to give for Dortmund maintain their slim hopes of a top-four finish. Germany youth international Knauff, in his third league appearance, picked up the ball on the edge of the box and audaciously threaded his shot past two defenders and the goalkeeper to secure the win that lifted Dortmund to 46 points in fifth place.

Goals from Jude Bellingham and Marco Reus in the 47th and 52nd minutes gave Dortmund, who host Manchester City in their Champions League quarter-final second leg next week, a 2-1 lead after the hosts had gone in front thanks to Sasa Kalajdzic's looping first-half header.

Daniel Didavi then fired in a 78th-minute equaliser for Stuttgart but their joy lasted only two minutes when the 19-year-old Knauff snatched the winner.