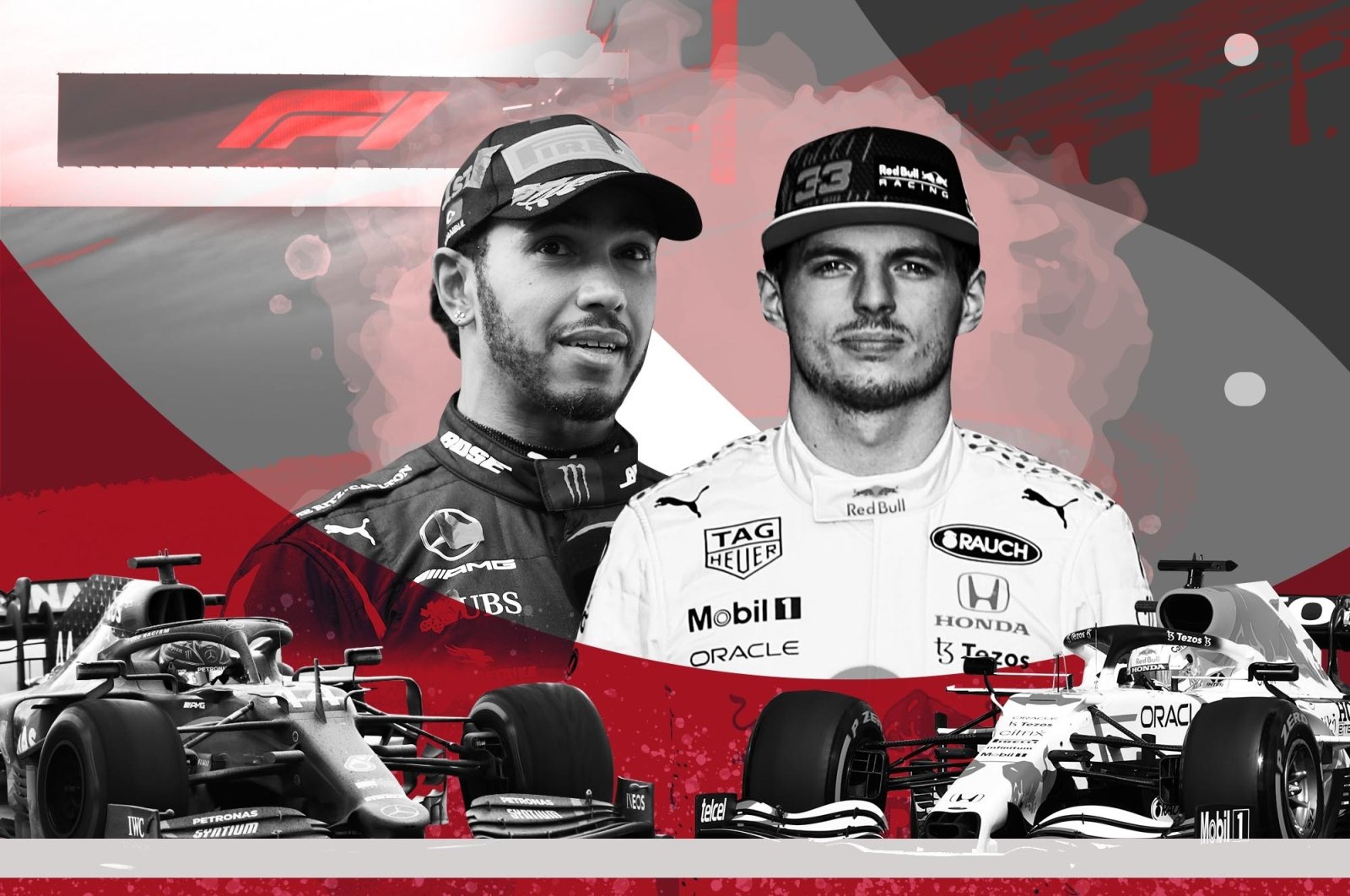 Lewis Hamilton might have won his seventh title at the Turkish GP last year, but this time around things are much less clear for the British driver with Max Verstappen just two points behind

Lewis Hamilton and Max Verstappen's thrilling rivalry for the Formula One title resumes in Istanbul at the Turkish Grand Prix on Sunday, and the narrow margin between the two drivers won't leave any time for mistakes.

Both are hoping the Istanbul track is much more reliable than it was last year when it had just been re-laid to host an F1 race for the first time since 2011 and was far too slippery.

Drivers complained throughout practice and qualifying about the unreliable surface on the 5.3-kilometer (3.3-mile) course.

Verstappen said it was like an ice rink and placed sixth in the race after qualifying in the second spot. Hamilton profited from the unpredictability of the race to rise from sixth on the grid to win and clinch a record-equaling seventh world title.

“I remember from when I was little, playing the F1 (computer) game on this track and it was one of my favorites. Last year I was very excited to come back, and I was disappointed because of the grip level," The Associated Press (AP) quoted Verstappen as saying at his news conference Thursday.

"I hope this year will be a lot of fun because the track layout is really interesting, so let’s hope for better conditions."

The 24-year-old Red Bull driver is two points adrift of Hamilton, but he could have been further behind in the standings considering he started the Russian GP two weeks ago from the back of the grid. He went over his allocation of three engines for the season and took a grid penalty for using a fourth engine.

Although Hamilton won in Sochi to clinch a record-extending 100th F1 win, Verstappen limited the damage by finishing a surprise second as the rain came thundering down and chaos ensued with just a few laps left.

"We are very relaxed but also very focused and of course we want to win," the Dutch driver told reporters. "There's nothing you can force or you have to stress about because we always want to do the best we can anyway."

Verstappen said he was not thinking about the final outcome too much.

"If that’s going to be, at the end of the year, first, that's, of course, an amazing achievement and that’s what we work for, right?" he added.

"But even if we would finish second, I think we still would have a great season and at the end of the day, it’s not really going to change my life.

"I enjoy what I’m doing and I think that’s also very important. For me, there is not much to worry about, really."

Double world champion Fernando Alonso told reporters separately that Verstappen seemed to deal with the pressure better than others.

"It seems that for him it is not a big deal every weekend and he takes it race by race. I think that's the right approach for these remaining races," said the Spaniard, according to Reuters.

Four-time world champion Sebastian Vettel said it remained to be seen how it would all play out.

"If you care about something really much, it's difficult to be always cool and always in control," said the Aston Martin driver. "Is it helpful to be in control? I think most times yes, but I think time will tell.

"Will it change his life? He has to judge if it will or not. In the bigger scheme of things, he's young and he has time. He's been around five or six years now, he's not a newcomer anymore."

Meanwhile, Hamilton was touched by the reception he got in Britain – and in Paris during his visit to Fashion Week – for his hundredth win.

“It was incredibly positive. I went back to the U.K., running around London (with) people shouting out ‘100!’ and being at restaurants," Hamilton said on Thursday. “Just everywhere I was going people were super positive, in Paris also. I wasn't expecting it, but it was really nice to see.”

Hamilton will take a 10-place grid penalty for Sunday's race after Mercedes changed the engine on his car on Friday.

The new internal combustion engine (ICE) exceeds the Briton's allocation of three for the season, triggering the penalty.

But Hamilton will not start from the back of the grid, like Verstappen, as changing only a single component, rather than the whole engine, brings just a 10-place penalty.

Ferrari has given Carlos Sainz Jr. a new engine, meaning he will start Sunday's race from the back.

Verstappen is a major threat to Hamilton's bid for an eighth world title to surpass Michael Schumacher and stand alone among F1 greats. He leads Hamilton 7-5 for wins this season and 7-3 for pole positions.

While the drivers' title race is close, Red Bull is dropping behind in the constructors’ and trails Mercedes by 33 points.

Some of that is down to bad luck, with Verstappen knocked out of the British GP by Hamilton and, in Hungary, getting bumped off track on the first lap after Valtteri Bottas' poor start.

But it's also because teammate Sergio Perez has not been scoring enough points. The Mexican driver has gone eight races without a podium since June when he placed third at the French GP. In those races, he has collected a mere 36 points compared to 84 in the first seven races of the campaign.

“I want to be back on the podium this weekend,” said Perez, who counts two wins among 12 career podiums but accepts he must do better in qualifying. “I am conscious we must get the car where it deserves on the grid.”

The Turkish GP took the slot normally reserved after the Japanese GP was canceled in August amid the government's coronavirus concerns.

Red Bull is powered by Honda engines but the Japanese manufacturer is pulling out of F1 at the end of 2021. Suzuka would have been Honda's last race, so in honor of Honda both Red Bull and feeder team AlphaTauri will have special liveries.

The Red Bulls will have a predominantly white livery, inspired by the Honda that American driver Richie Ginther powered to victory at the 1965 Mexican GP.

Pierre Gasly and home favorite Yuki Tsunoda’s AlphaTauris will carry “Arigato” – Japanese for thank you – on the rear wings.