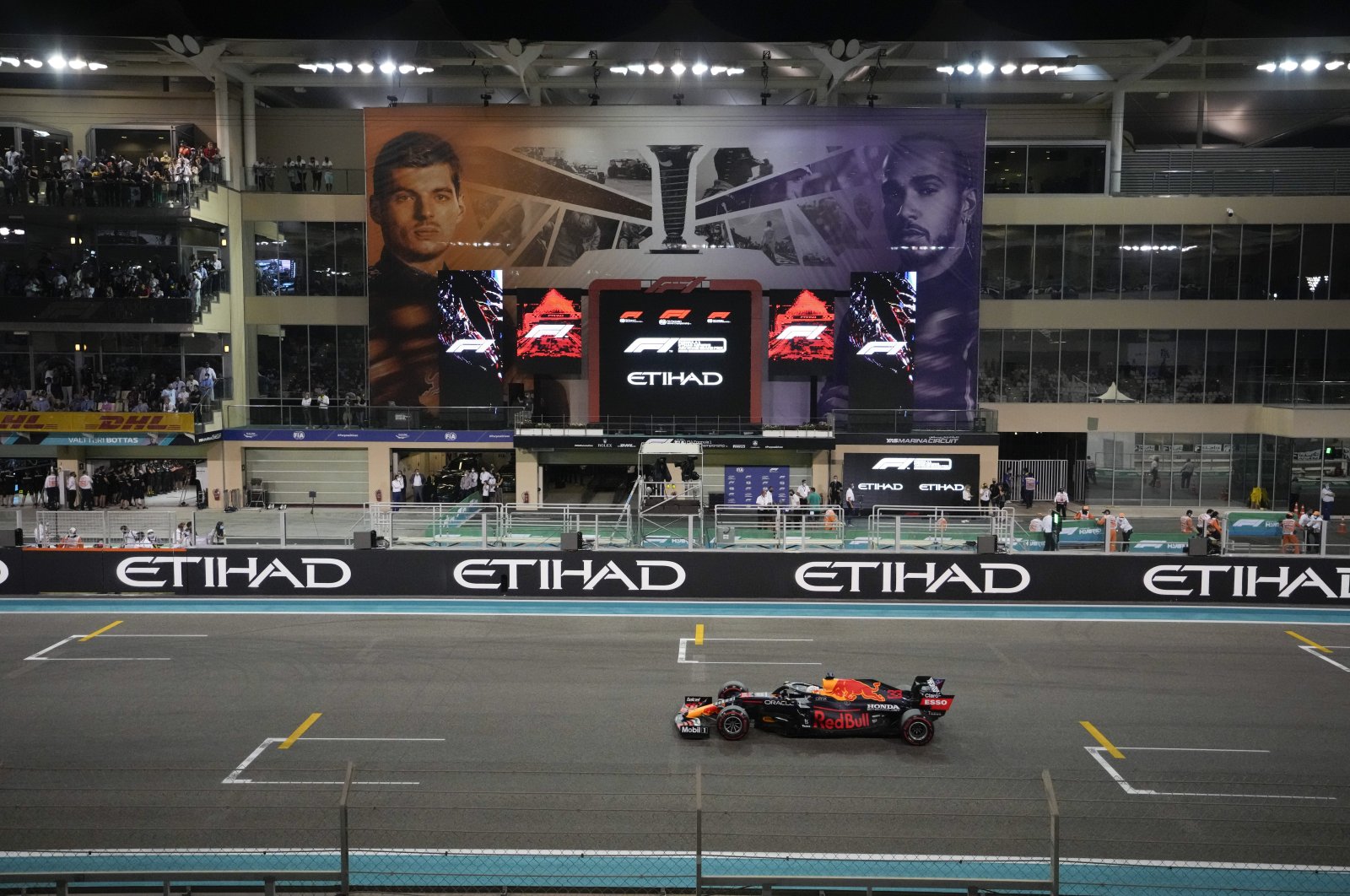 Max Verstappen clinched perhaps the most important pole position of his career at Abu Dhabi on Saturday as the Dutchman is trying to dethrone seven-time champion Lewis Hamilton in the final race of the season.

Hamilton will line up alongside on the front row, with the Red Bull's hopeful on the quicker soft tires for the start and the Briton going for the more durable mediums.

The pair are level on points in the standings, with Verstappen ahead 9-8 on race wins – meaning he will be champion regardless of where he finishes if Hamilton fails to score for any reason.

"I didn't expect that, but amazing job guys," said the Dutch 24-year-old over the team radio after being told he had secured pole under the Yas Marina floodlights for the second successive season.

"That was a fantastic lap from him," said Hamilton. "We’re in a good position with our tires for tomorrow and I hope we can have a good race."

The pole was Verstappen's 10th of the 22-race season, more than anyone else, and he was helped with a vital slipstream "tow" down the straights behind his ever-helpful Mexican teammate Sergio Perez, who qualified fourth.

"It was a great teamwork," said Perez. "Very pleased for Max that I managed to support him there."

Team boss Christian Horner said Verstappen's lap of one minute 22.109 seconds was one of his best of the year and the Dutch driver sounded remarkably relaxed given the amount of pressure on him.

"It's very important to have a good start and from there onwards we just try to do our race to the very best, then we'll see where we end up," said the 2020 race winner.

Hamilton had been fastest in practice and the first phase of qualifying but Verstappen was top in the second phase after he "flat-spotted" his set of medium tires and switched to the soft Pirellis.

"The lockup wasn't ideal so it kind of forced our hand," said Horner.

Hamilton had lapped nearly half a second faster than Verstappen to top the first session ahead of Bottas, with both doing a run more than the Red Bull driver, but ended up with a best effort of 1:22.480.

The first phase was briefly halted for a loose bollard to be removed after it was hit by Haas driver Mick Schumacher and then run over by McLaren's Lando Norris.

Alfa Romeo's Kimi Raikkonen, the 2007 world champion with Ferrari, will start his 349th and final race before retirement in 18th place.