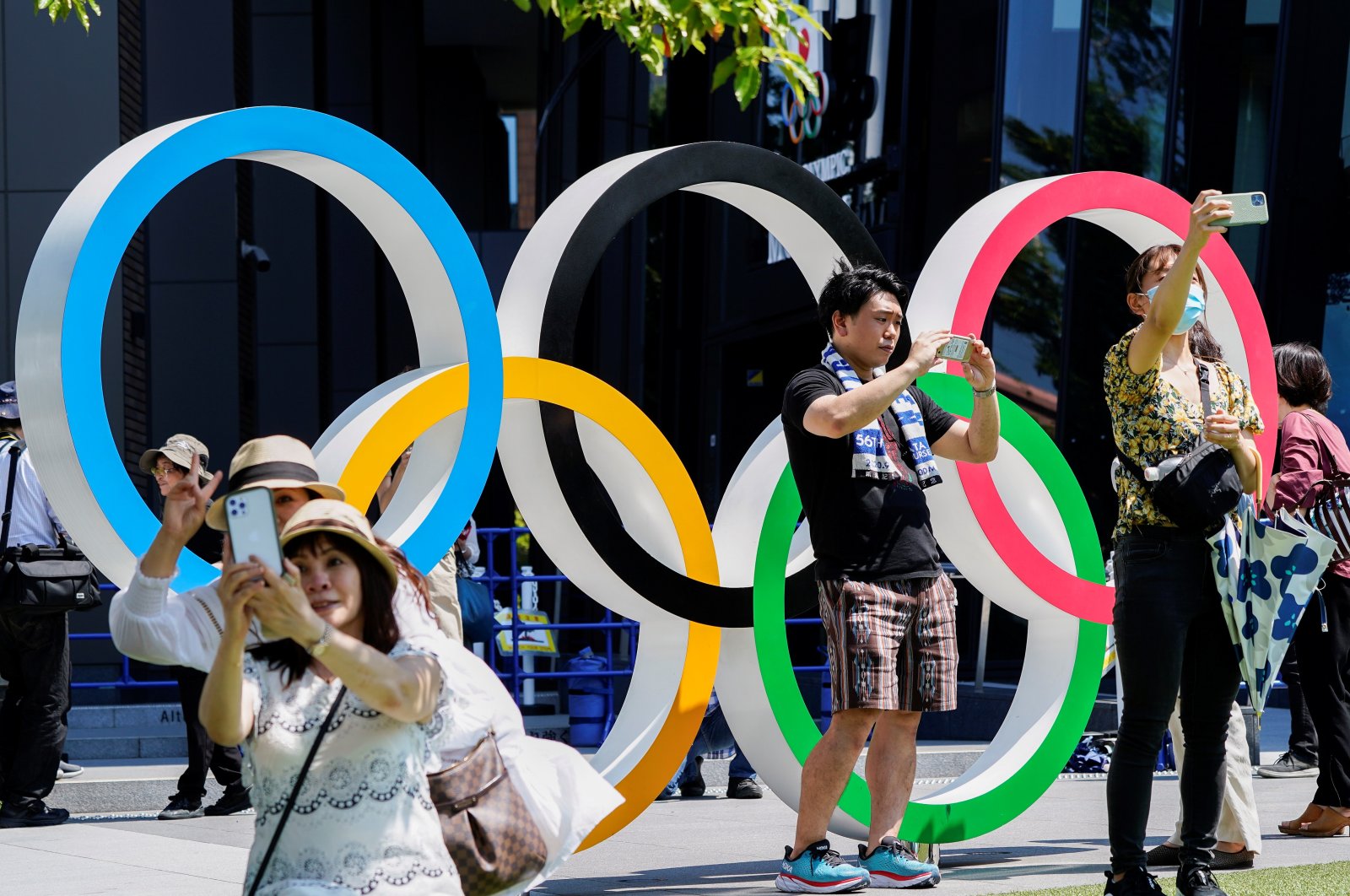 People take selfies in front of an Olympic Rings monument near the National Stadium, the main venue of the Tokyo 2020 Olympics and Paralympics in Tokyo, Japan, July 19, 2021. (Reuters Photo)
by REUTERS Jul 19, 2021 2:26 pm
RECOMMENDED

While Japanese spectators have recently filled arenas to watch sumo, or domestic basketball, or baseball matches, Olympic athletes were left wondering why they will be competing in front of empty stands at the Tokyo Games.

Japanese organizers have decided to ban spectators from venues of the Olympics, which start this week, in a bid to stem an increase of COVID-19 infections, with the capital in a state of emergency until Aug. 22. Foreign visitors were banned earlier from attending the delayed Tokyo 2020 Games.

"A state of emergency has been declared for Tokyo and on July 9 we saw the decision was to ban spectators," Olympic Games Executive Director Christophe Dubi told a recent online media roundtable. "Obviously, it is a decision that we respect."

"There was however one sentence which was pleasing that should the situation change the situation could be reviewed," Dubi said, referring to the organizers' statement on the decision. "That other sporting events now have fans is a decision that belongs to local authorities. We must respect that," Dubi said.

Last Friday, Central League's 5-4 win over the Pacific League in Game 1 of Japan's All-Star baseball series was played in front of 8,992 masked fans at MetLife Dome outside Tokyo while at the same time, the Nagoya Grand Sumo Tournament was staged with crowds in the stands of the Dolphin's Arena.

The International Olympic Committee (IOC) has had to slash the number of officials attending the opening ceremony on July 23 to comply with health safety rules.

Some athletes, among them Japan's football team men's captain, Maya Yoshida, question the decision to bar spectators. "A lot of people's tax money is going to hold these Olympics," Yoshida recently. "Despite that, people can't go and watch. So you wonder about who the Olympics is for, and what it is for."

"We have received questions from a number of athletes who are observing the same. As far as the IOC is concerned we respect this decision and abide by this rule but you could address this question to the organizing committee or the local authorities," he said when asked by Reuters.

Dubi said there was still the possibility that should the number of coronavirus cases drop then organizers could review the ban.