Defending champion Halep pulls out of Wimbledon with calf injury 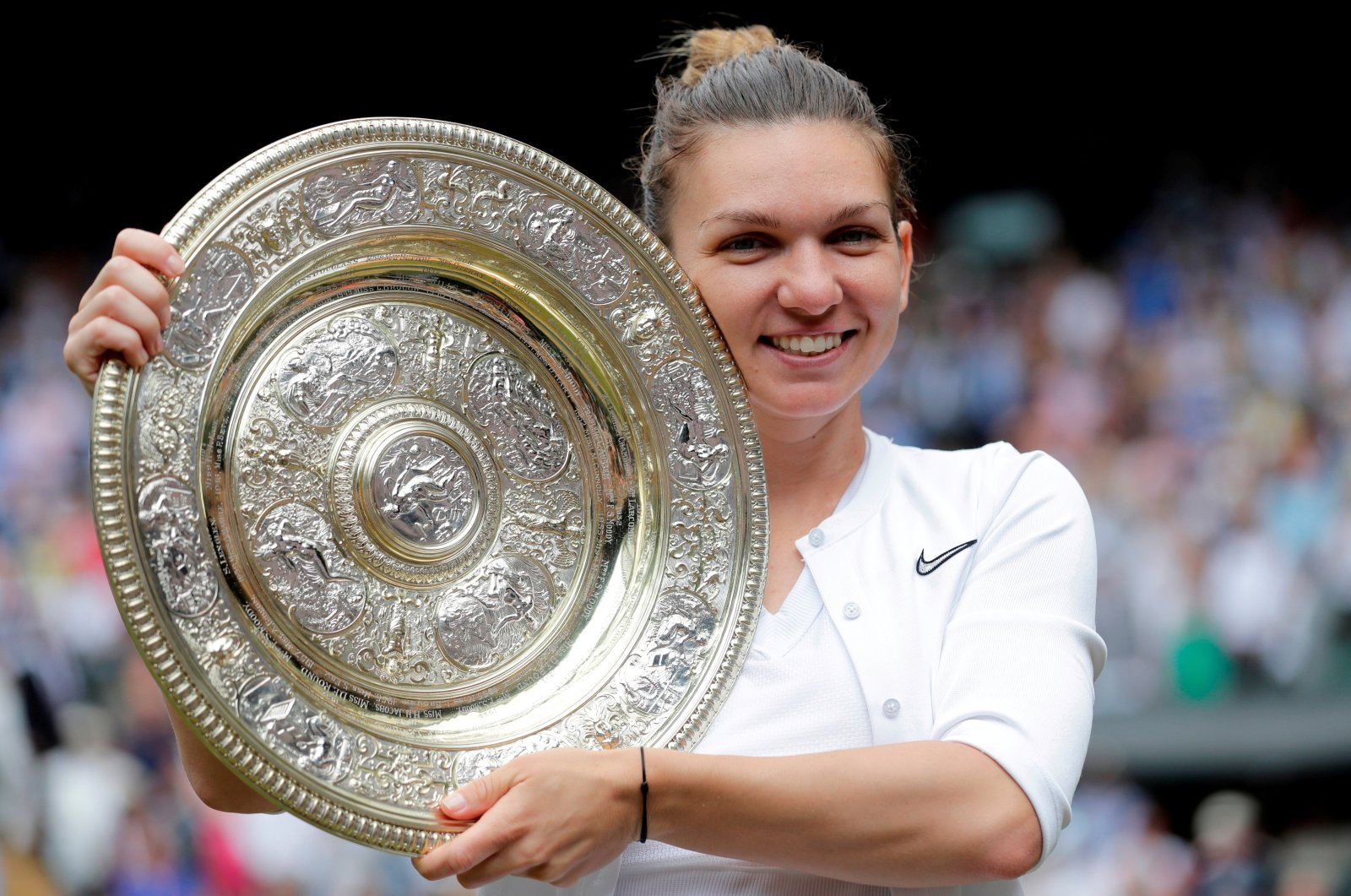 Defending Wimbledon champion Simona Halep on Friday pulled out of the grass-court Grand Slam with a calf injury.

The Romanian world No. 3 and second seed had produced a stunning display to defeat Serena Williams in the final two years ago. But she tore her left calf muscle during a match in Rome in May and was forced to miss the French Open.

Halep had looked set to be fit for Wimbledon and traveled to London earlier this week but has reluctantly decided she is not able to compete in the tournament, which opens Monday.

The 29-year-old told Wimbledon.com: "It is with great sadness that I’m announcing my withdrawal from the championships as my calf injury has not fully recovered.”

Halep won her first grand slam title at Roland Garros in 2018 and had been thought of as a player most likely to thrive on slower surfaces prior to her brilliant run at the All England Club two years ago.

The 2020 edition of the grass-court slam was canceled due to the coronavirus pandemic.

Japan's Naomi Osaka has also withdrawn in order to prepare for the home Tokyo Olympic Games next month while world No. 1 and top seed Ash Barty also has some fitness concerns after retiring from Roland Garros and not playing any grass tune-up this season.

"I gave it everything I had in order to be ready to play Wimbledon and after having such special memories from two years ago, I was excited and honored to step back on these beautiful courts as defending champion," said Halep.

"Unfortunately, my body didn’t cooperate and I’ll have to save that feeling for next year.”