One month to go: Tokyo Olympics near finish line despite hurdles 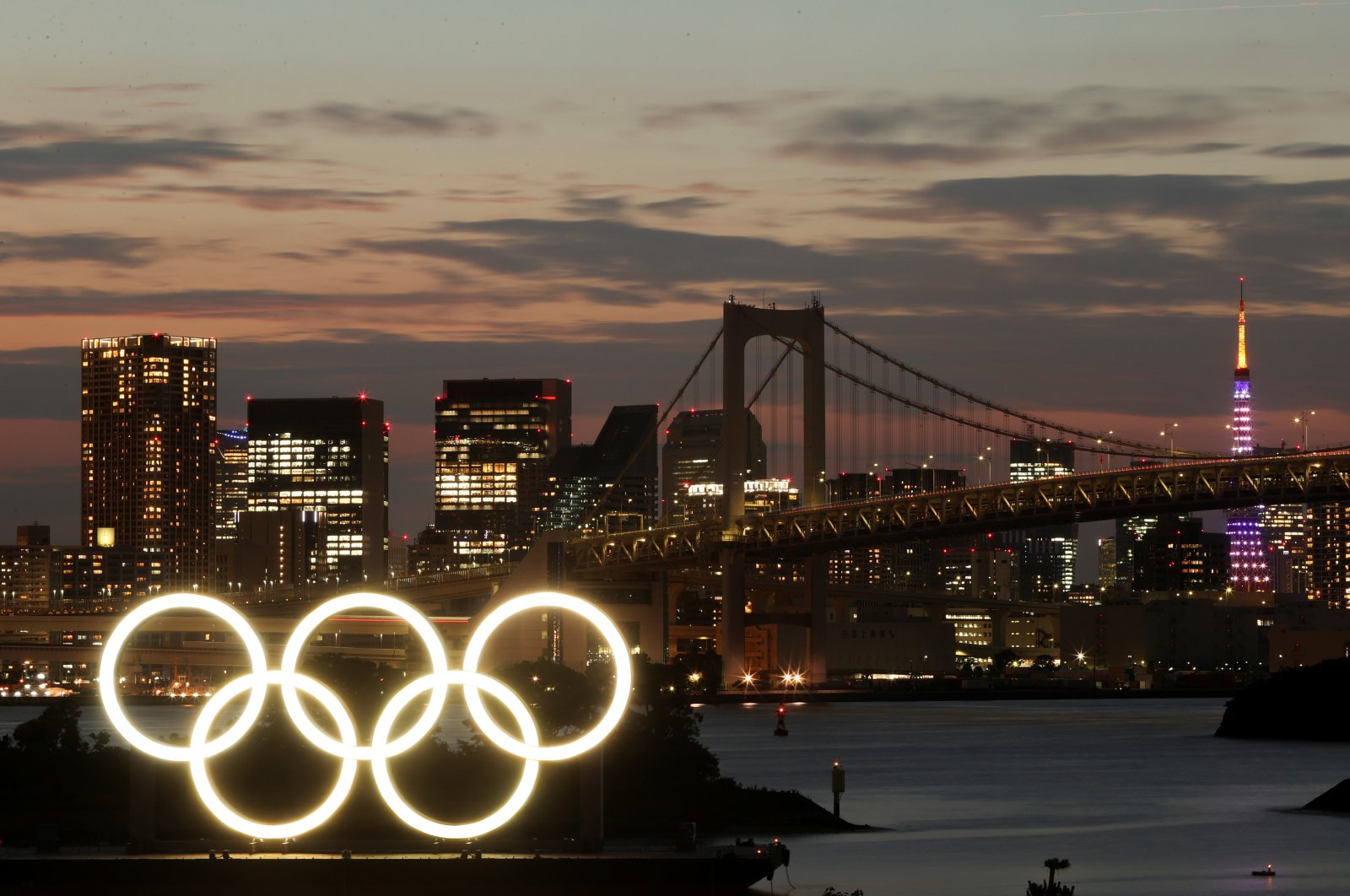 A long-exposure photo of the Olympic Rings on a floating platform with the Rainbow Bridge in the background ahead of the Tokyo 2020 Olympic Games, Tokyo, Japan June 21, 2021. (Reuters Photo)
by French Press Agency - AFP Jun 22, 2021 1:28 pm
RECOMMENDED

With just one month to go, the Tokyo Olympics finally have the finish line in sight after it survived a historic postponement, an unprecedented ban on overseas fans and persistent domestic opposition.

The journey to this year's Games has involved a long list of complications that sometimes threatened to make them the first modern Olympics canceled in peacetime.

Now, just four weeks remain until the opening ceremony on July 23, and while the mood is far from jubilant, organizers might just have cause to celebrate.

The first Olympic teams are already in Japan, along with key officials and some overseas media. And polls suggest long-standing public opposition to the Games may be weakening as D-day approaches.

"Athletes are beginning to arrive in Tokyo, ready to make their Olympic dreams become a reality."

It has been an uphill battle since the unprecedented decision to postpone the Games in March 2020, as the scale of the pandemic started to emerge.

Back then, there was cause to hope the pandemic might be over before the opening ceremony came around – the Games would be "proof of mankind's victory over the virus," Japanese officials said.

But a global coronavirus surge and the rise of more infectious variants put paid to that triumphant tone and fueled rising opposition in Japan.

For the first half of the year, polls regularly found most Japanese opposed the Games this summer, favoring either a further delay or cancelation.

But officials pressed ahead, contending with delayed qualifiers and test events and launching a mammoth effort to draft virus rules they say will keep the event safe.

In March they announced the Games would be the first to bar overseas spectators, a decision that Tokyo 2020 chief and former Olympian Seiko Hashimoto called "unavoidable."

On Monday, organizers set a maximum of 10,000 domestic fans per venue, but warned events could move behind closed doors if infections surge.

Even with some spectators in the stands, there's no doubt this year's Games will be a pale imitation of Olympics past.

Cheering will be banned, and athletes can't hug or high-five.

They must wear masks at all times except when eating, sleeping, or competing, and are only allowed to move between the Olympic Village and their venues.

Punishments for violating the rules will range from verbal warnings and fines to being kicked out of the Games altogether.

The Tokyo Olympics faced setbacks as far back as 2015, when the main stadium's revamp was sent back to the drawing board because it was too expensive.

In 2019, the head of Japan's Olympic committee stepped down over a French investigation probing $2.3 million in payments made before and after Tokyo's nomination. He denied any wrongdoing.

And in February, Tokyo 2020 chief Yoshiro Mori resigned after causing a furor with his sexist remarks that women talk too much in meetings.

As the Games finally approach, the IOC says more than 80% of those in the Village will be vaccinated, but competitors will still be tested daily.

In a taste of the challenges ahead, a coach from Uganda's Olympic team tested positive on arrival in Japan on Saturday, despite the delegation reportedly being vaccinated and testing negative before travel.

The Olympic delay and virus security have added at least 294 billion yen ($2.6 billion) to an already hefty budget of 1.64 trillion yen ($14.9 billion), which could make Tokyo the most expensive Summer Games ever.

But despite the coronavirus and the hefty expense, there are signs public opposition is softening, with recent surveys finding 50% or more favor the Games going ahead over cancelation.

Japan's Prime Minister Yoshihide Suga, who faces his first election just after the Games, will be hoping for a success that can boost his political career.

His government has faced pressure over its coronavirus response, though Japan has seen a smaller outbreak than many nations, with around 14,500 deaths despite avoiding harsh lockdowns.

The country vaccine rollout started slowly, though the pace is now increasing, with around seven percent of the population fully inoculated.