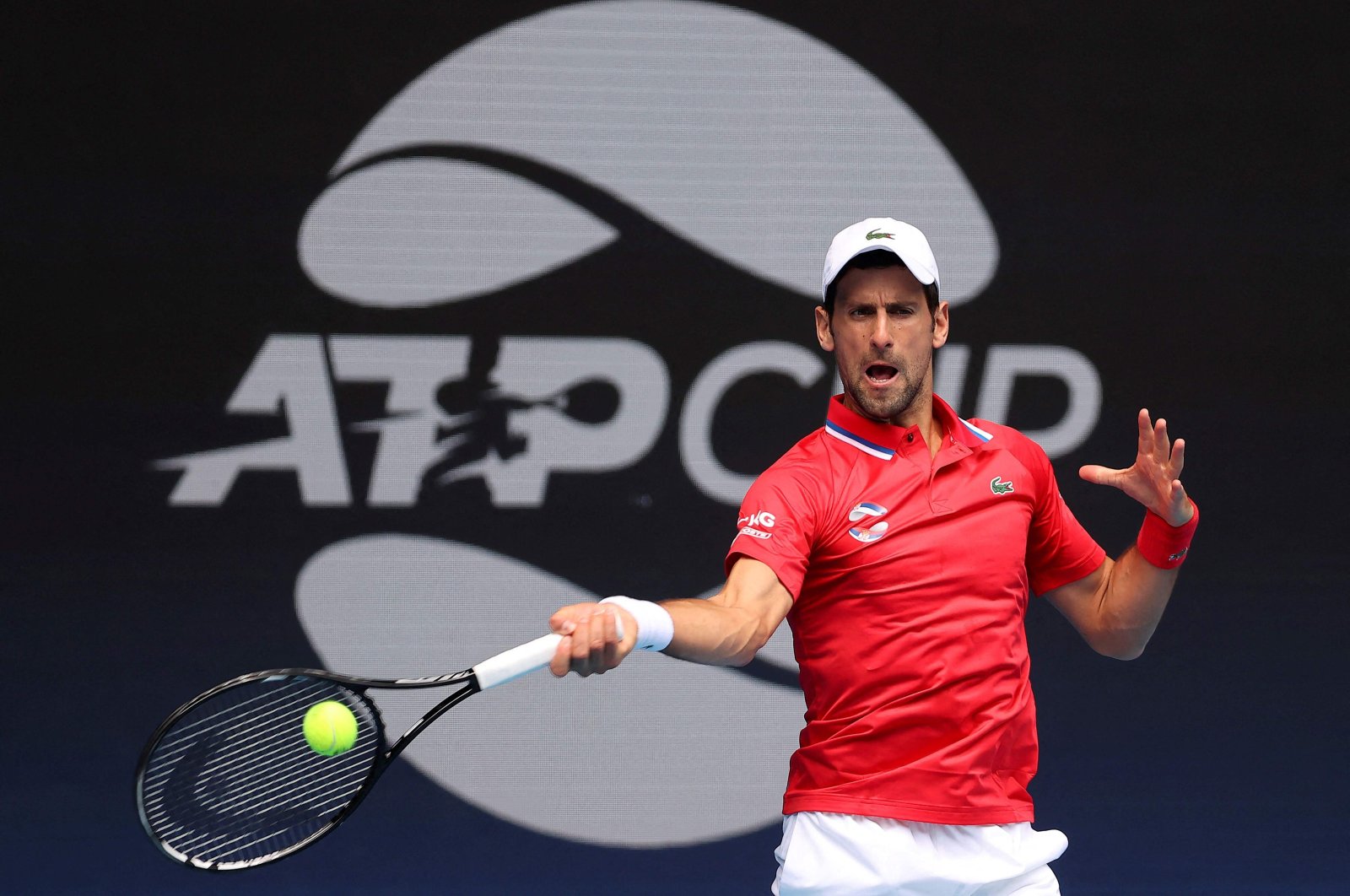 The confusion over Novak Djokovic's participation in the ATP Cup, which leads up to the Australian Open, remains after Tennis Australia said Tuesday that the Serbian has not withdrawn from the tournament.

The confirmation comes as other top players, led by Japanese star Naomi Osaka, began arriving ahead of next month's Australian Open.

There has been serious doubt as to whether men's world No. 1 Djokovic would travel to Australia, having refused to confirm if he has been vaccinated against the coronavirus.

An unnamed member of his team told Serbian newspaper Blic that they were "99% sure" that he would not play in the ATP Cup adding to the intrigue over whether Djokovic would be at the first Grand Slam of the year.

But Tennis Australia told Agence France-Presse (AFP) the Serbian had yet to pull out of the teams event, which is due to start Saturday in Sydney with Djokovic drawn to play Norway's Casper Ruud on opening day.

"We haven't heard of any withdrawals from Team Serbia for the ATP Cup," a spokesperson said.

Tennis Australia has organized charter flights to bring international stars into Melbourne and Sydney, with the first arriving Tuesday.

Defending women's Australian Open champion Osaka was among those to touch down, but Djokovic was not on board, TA said. Players can also opt to fly commercial.

Nine-time Australian Open champion Djokovic could win a record 21st Grand Slam title if he plays at Melbourne Park, but to enter Australia he and members of his entourage have to be vaccinated.

The 34-year-old has previously expressed his opposition to the vaccine and his father Srdjan said in late November that Djokovic would probably not play the Australian Open, accusing the organizers of "blackmail."

The ATP Cup has already been hit by several players testing positive for COVID-19, including Russian world No. 5 Andrey Rublev and Canada's Wimbledon semifinalist Denis Shapovalov.

Spanish superstar Rafael Nadal, who was due to play a warmup event in Melbourne next week, also contracted the virus. They all played in an Abu Dhabi exhibition tournament this month.

Tennis Australia has organized charter flights to help minimize the risk of getting the virus on the trip over, with all passengers having to provide proof of a negative test in the 72 hours before flying.

The Australian Open is due to start on Jan. 17.