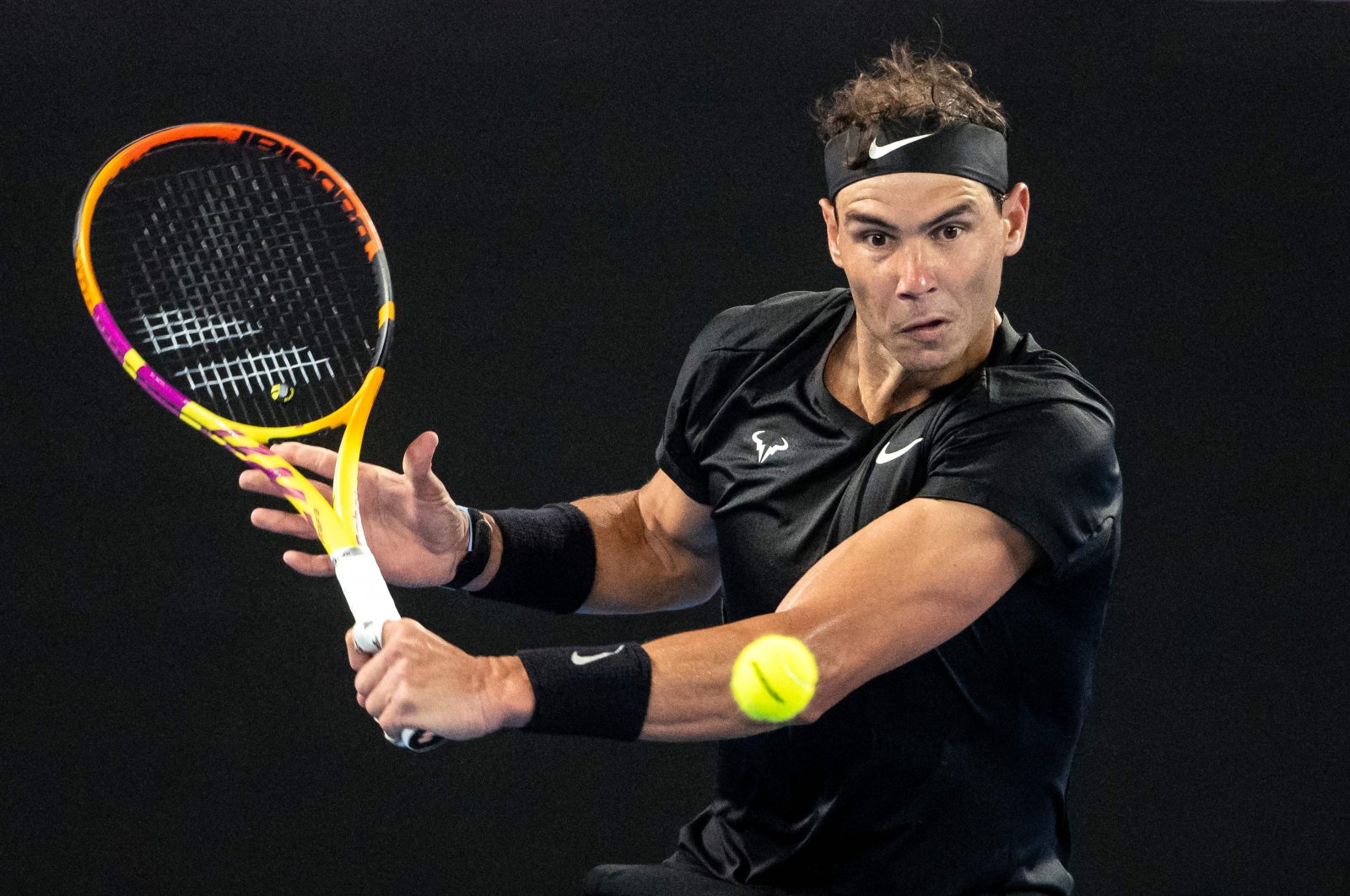 Rafael Nadal could only piece together a patchy win over qualifier Ricardas Berankis as the Spanish star made a return from COVID-19 and injury at the Melbourne Summer Set tournament Thursday.

The 20-time Grand Slam champion launched his Australian Open preparations with a 6-2, 7-5 win in the second round, his first singles match on the ATP Tour since August.

The 35-year-old, who tested positive for COVID-19 last month, was in action just as his rival Novak Djokovic was facing deportation from Australia.

Nadal, who suffered a foot injury last year and sat out Wimbledon and the U.S. Open in 2021, received a first-round bye at the Melbourne Summer Set before meeting Lithuania's 104th-ranked Berankis.

The Spaniard broke Berankis early in the second set and looked on track for a straightforward win when he led 5-2, only for his serve to go off the boil and allow the Lithuanian back into the match.

Berankis leveled the set at 5-5 before Nadal at last held serve, then broke once more to wrap up victory.

He will now play either Australia's Alexei Popyrin or Tallon Griekspoor of the Netherlands in the quarterfinals.

Speaking to the media after the match, Nadal had little sympathy for long-time rival Novak Djokovic, saying he must face the consequences for not being vaccinated against coronavirus.

The world No. 1 was stopped by border officials on arrival to Australia late Wednesday and his visa was canceled for failing to meet COVID-19 vaccine-entry requirements.

Unlike Djokovic, Nadal said he was a big believer in getting vaccinated to stem a pandemic in which "a lot of people had been dying."

"I went through the COVID, I have been vaccinated twice. If you do this, you don't have any problem to play here. That's the only clear thing," he said.

"The only for me clear thing is if you are vaccinated, you can play in the Australian Open and everywhere, and the world in my opinion have been suffering enough to not follow the rules.

"Of course, I don't like the situation that is happening. In some way, I feel sorry for him.

"But at the same time, he knew the conditions since a lot of months ago, so he makes his own decision."

"I felt so tired and I had fever," Nadal said of having COVID-19.

"I had to be on the bed for a couple of days without having the chance to move much because I was very sick with fever.

"After I got infected, I needed to see a little bit how my body improved after COVID. I'm quite happy the way that I improved in terms of recovery," he added.