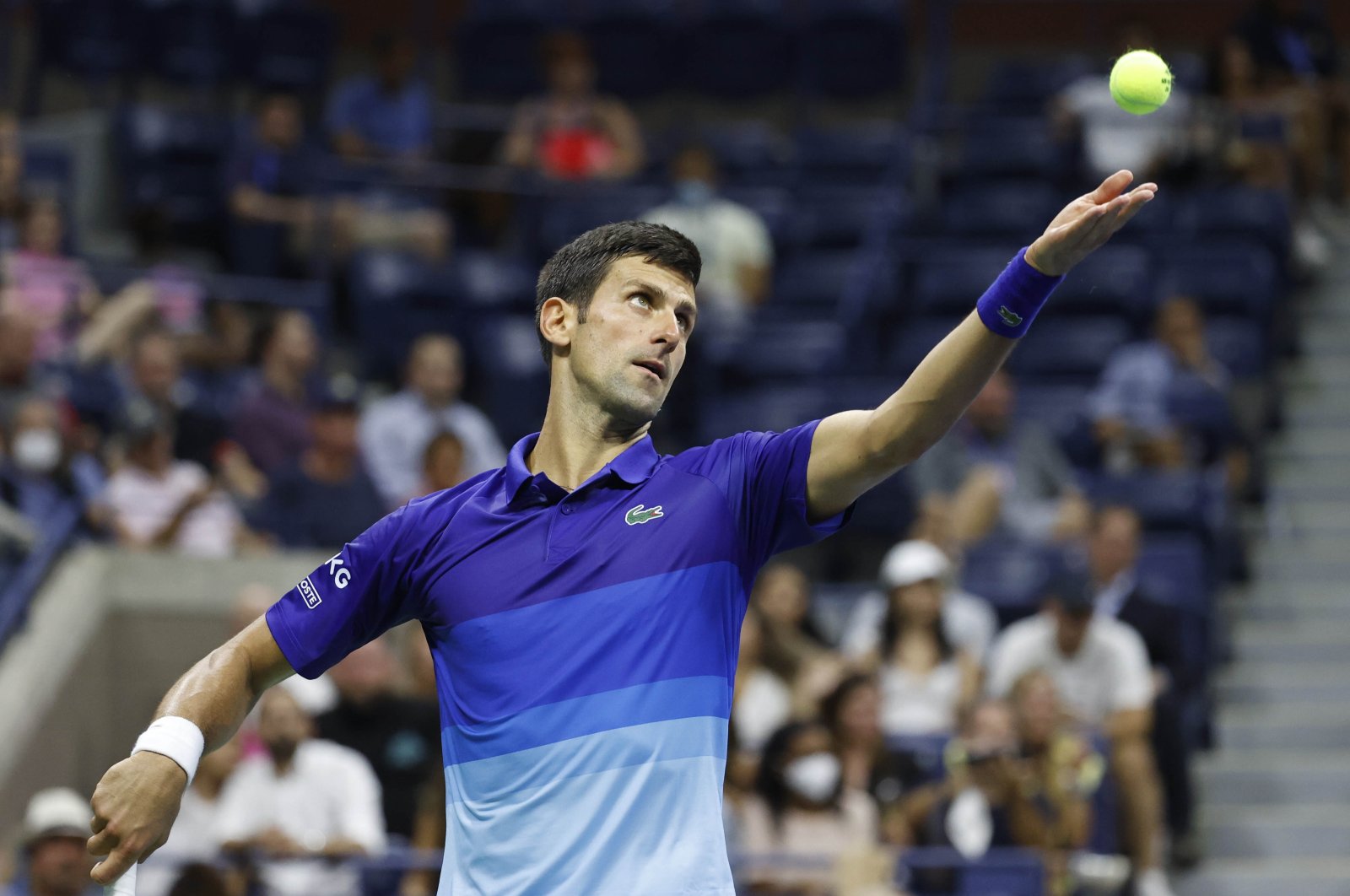 World No. 1 Novak Djokovic, on quest for a calendar Slam and record 21st major title, got off to a shaky start to his U.S. Open campaign Tuesday.

History-chasing Djokovic, who has won eight of the past 12 Grand Slam events, will next face 121st-ranked Dutchman Tallon Griekspoor, a rival the top seed admitted he didn't know much about.

Djokovic would complete the first men's singles calendar-year Slam since Rod Laver in 1969 by winning the crown on the New York hardcourts.

He would also break the deadlock for all-time men's Slam titles at 20 which he shares with Roger Federer and Rafael Nadal, both absent due to injuries, as is defending champion, Dominic Thiem.

Rune, ranked 145th, began cramping in the third set and struggled to finish.

"From the third or fourth game in the third set, he couldn't move much," Djokovic said. "You could see he struggled a lot. I feel for him."

Djokovic won the first set in 26 minutes without facing a breakpoint, fell behind 3-0 to start the second before battling into the tie-breaker, where Rune grabbed leads of 4-0 and 6-3. After two Djokovic service winners, he sent a backhand service return long to drop the set.

In the third set, Djokovic broke to lead 3-1 and Rune began getting treatments between games, grimacing at times and struggling to run for shots to the end.

Earlier Tuesday, Tokyo Olympic champion Alexander Zverev stretched his win streak to 12 matches and warned he has his eyes on denying Djokovic the Slam.

"I hope in two weeks' time I'll be on an 18-match winning streak," said Zverev, who would claim his first Grand Slam title if he creates such a run.

The 24-year-old German, last year's U.S. Open runner-up, hit 18 aces and 40 winners while never facing a breakpoint in advancing after 1 hour and 40 minutes.

"Novak is chasing history," Zverev said. "But the young guys are going to try and get in the way of that. I'm going to try to give him a challenge as well."

Zverev, who next faces Spain's Albert Ramos-Vinolas, could face Djokovic in the semifinals.

"I hope I can keep the level up," Zverev said. "To beat Novak here is going to be an extremely difficult task."

After beating Djokovic for a Tokyo Olympic bronze medal, the Spaniard's U.S. Open ended slamming down his racquet in frustration.

"When my back was against the wall late in that buster, I came up with some really good stuff," Barty said.

The 25-year-old Australian next faces Denmark's Clara Tauson as she goes for her sixth title of the year.