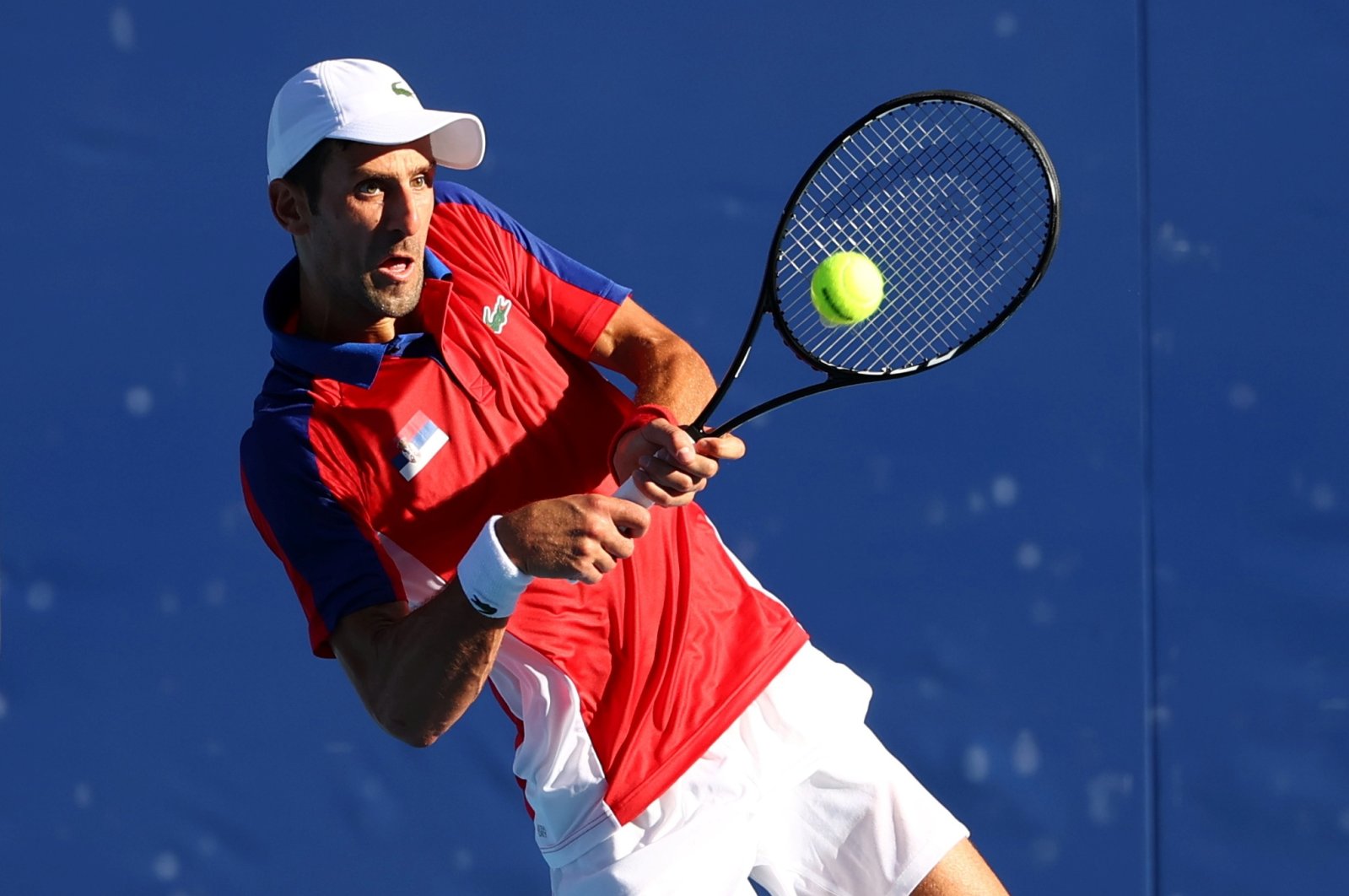 World No. 1 Novak Djokovic goes into the U.S. Open with his eyes set firmly on the first calendar-year men's singles Grand Slam since 1969 that will also help him break the record for all-time men's titles.

Five past champions won't be in the field when the showdown begins Monday on the New York hardcourts, with Roger Federer, Rafael Nadal, Stan Wawrinka, Juan Martin del Potro and 2020 winner Dominic Thiem absent due to injuries.

That leaves the main obstacles in Djokovic's path to a 21st career Slam crown as a set of rising 20-something talents trying to build their trophy hauls – Russia's second-ranked Daniil Medvedev, Greece's third-ranked Stefanos Tsitsipas and fourth-ranked Olympic champion Alexander Zverev of Germany.

The roots of Djokovic's amazing 2021 run were in last year's U.S. Open, where he was defaulted out of the tournament in the fourth round against Carreno Busta when he struck a ball and it accidentally hit a line official in the throat.

The 34-year-old Serbian star has not dropped a Grand Slam match this year, beating Medvedev in the Australian Open final, Tsitsipas in the French Open final and Italy's Matteo Berrettini in the Wimbledon final.

"It's really fortunate for me and incredible that it's all coming together in the same year," Djokovic said. "That's something that I didn't expect but I always dream of achieving the biggest things in sport."

He's trying for a calendar-year men's Slam feat managed only by Australian Rod Laver in 1962 and 1969 and American Don Budge in 1938.

"What he achieved this year is something amazing," Nadal said. "I definitely believe that he can do it, without a doubt."

Djokovic briefly has held all four Slam titles at once, winning his fourth in a row at the 2016 French Open to complete a career Grand Slam.

He has spent a record span at world No. 1, more than 335 weeks, and comes into the U.S. Open not having played since losing the Olympic bronze medal match to Spain's Pablo Carrena Busto.

Nadal, who along with Federer and Djokovic shares the men's record at 20 Slam titles, sees no reason why the Serbian star won't finish what he has started.

"Well, he already won three. So when you win three, you can win four, without a doubt, no? He did 75% of the way. He going to be playing on hard court, probably his best surface, so why not?" Nadal said.

The "Big Three" of Federer, Nadal and Djokovic have won 60 of the past 72 majors since Federer took his first at Wimbledon in 2003, but six of the 12 won by others have come at the U.S. Open.

"Definitely Novak is going to be the highest contender," Medvedev said. "He won already 20. He has experience. So he's the man under pressure, but I think he likes it.

"I'm going to try to do my best. If I manage to keep the level I'm playing at right now, I have good chances to go far. I just want to play good."

Tsitsipas is proud of his ranking and his Roland Garros finals run.

"Three is a number that's very significant," Tsitsipas said. "I wouldn't say there is pressure to it, but it definitely adds some value for the efforts you've put in. It pushes me so much to sustain that, to want to go the extra mile."