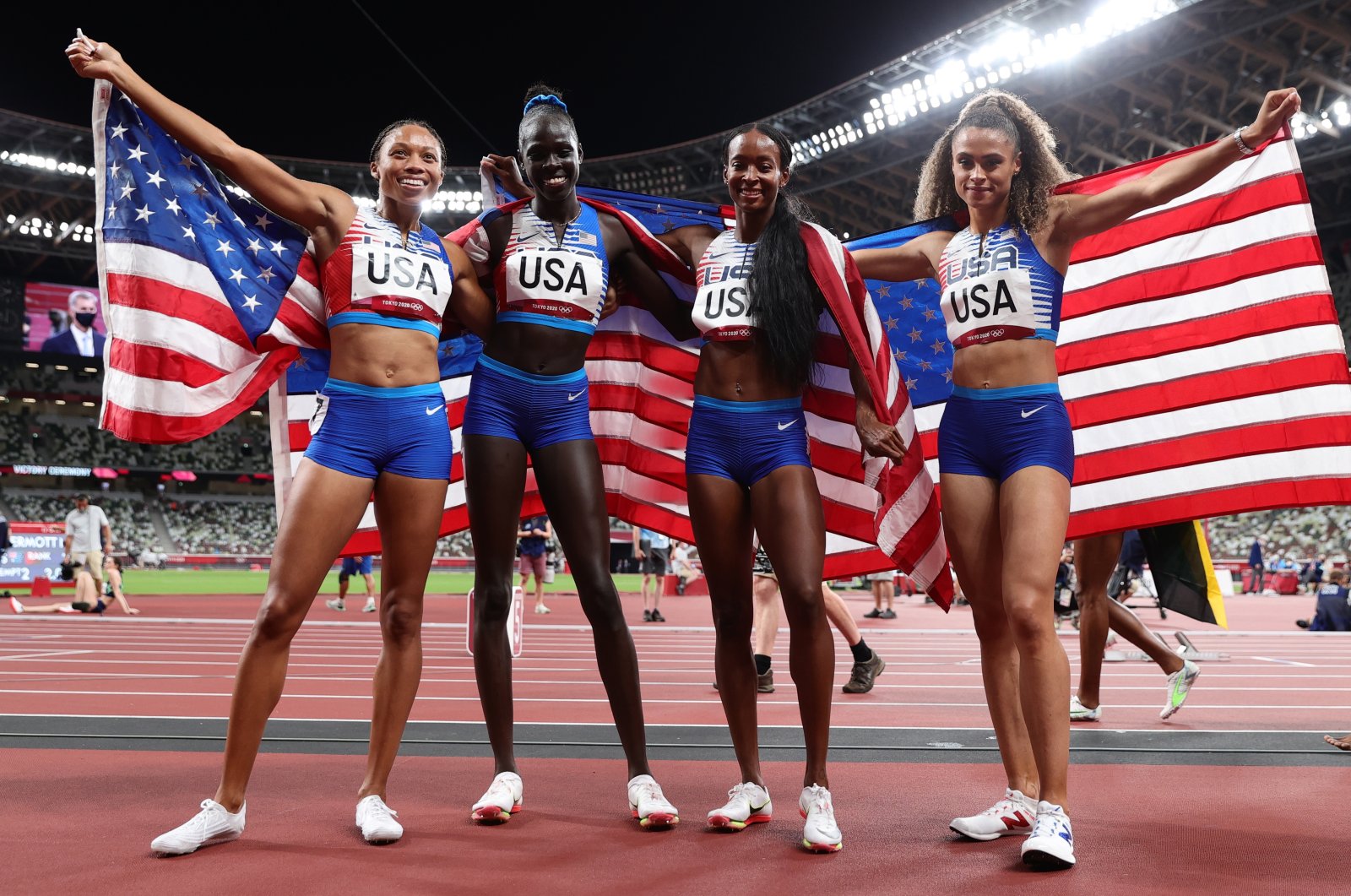 The USA edged a dominant China at the top of the Olympics medals table as the curtain fell on the biggest sports event since the coronavirus pandemic Sunday.

Kenya's Eliud Kipchoge produced a marathon masterclass while volleyball, track cycling and basketball wins put the United States top of the medals tally with 39 golds, just one ahead of China in a battle for bragging rights.

France women's team won the handball gold and the Tokyo 2020 Olympic's last gold medal was won by Serbia in the water polo final, that draw to a Games that were all but done after defying an extraordinary build-up when they were postponed last year and veered close to the first cancellation since World War II.

Thirty-three sports have been contested across 16 days in largely empty stadiums, with fans barred over coronavirus risks and athletes living in strict biosecure conditions.

"What we have seen here is that on the contrary, the athletes have brought soul to the Olympic Games."

A succession of big names have failed to perform in Japan but marathon world record-holder Kipchoge showed his class, kicking in the closing stages and clocking 2 hours 08 minutes 38 seconds to retain his 2016 title.

The Games have been plagued by low Japanese support over super-spreader fears and the marathon, moved north to Sapporo to avoid Tokyo's summer heat, was one of the few events to allow spectators.

"I know there were a lot of people against holding this Olympics due to the coronavirus," said a flag-waving, 47-year-old fan on the marathon route who gave his name as Tsujita.

"But I am glad it took place. This was a once-in-a-lifetime experience for everyone."

However, Sunday's closing ceremony will take place at a largely vacant Olympic Stadium, rounding off an extraordinary Games conducted mostly without live spectators but in front of a TV audience of billions.

The Tokyo Games saw Turkey's best-ever medal haul as the country secured a total of 13 medals, including two gold and silver medals each, and nine bronze medals.

The first of Turkey's two gold medals was won by archer Mete Gazoz on July 31, when he secured the men's individual title.

Turkey's last medal was a bronze, which was won by karateka Uğur Aktaş on Saturday.

Aktaş was defeated by Sajjad Ganjzadeh of Iran in the men’s 75-kilogram karate kumite semifinal.

The bronze was the 13th medal for Turkey in Tokyo, beating its record of 12 medals set way back in London 1948 Olympics.

A total of 11 of Turkey's 13 medals were won in martial arts competitions.

The karate team brought the most medals for Turkey at the Olympics with four. No other team has won more medals in karate, which made its debut at the 2020 Summer Olympics, than Turkey.

Ferhat Arıcan, in the meantime, made history by winning Turkey’s first-ever gymnastics medal at the Tokyo 2020 Olympics when he clinched bronze in the men’s parallel bar event.

Athletes, ordered to wear masks when not competing, training, eating, or sleeping, have endured the extra psychological strain of strict "bubble" conditions in Tokyo.

Victory celebrations have been low-key, with lonely laps of honor and sparsely attended medal ceremonies. But the emotions of the competitors have been on full view.

Superstar gymnast Simone Biles provided the most jaw-dropping moment when she abruptly pulled out of competition over a bout of the "twisties," a disorientating mental block.

Biles, widely acknowledged as the greatest gymnast in history, recovered sufficiently to return for the final event, the beam, claiming a redemptive bronze.

In other highlights, the U.S. men's team won its fourth consecutive men's basketball crown and U.S. swimmer Caeleb Dressel took over the mantle of Michael Phelps with five gold medals in the pool.

Among the final events on Sunday, Canadian cyclist Kelsey Mitchell took gold in the women's sprint while Jason Kenny won the men's keirin to become the first Briton to win seven Olympic titles.

The Americans started the day two golds behind China but the women's basketball and volleyball titles and U.S. track cyclist Jennifer Valente's omnium victory put them top of the final table.

The Olympic flag will pass to 2024 hosts Paris at the closing ceremony. But the circus will reconvene in just six months' time when Beijing, faced with boycott threats and a renewed coronavirus emergency, holds the Winter Games in February.