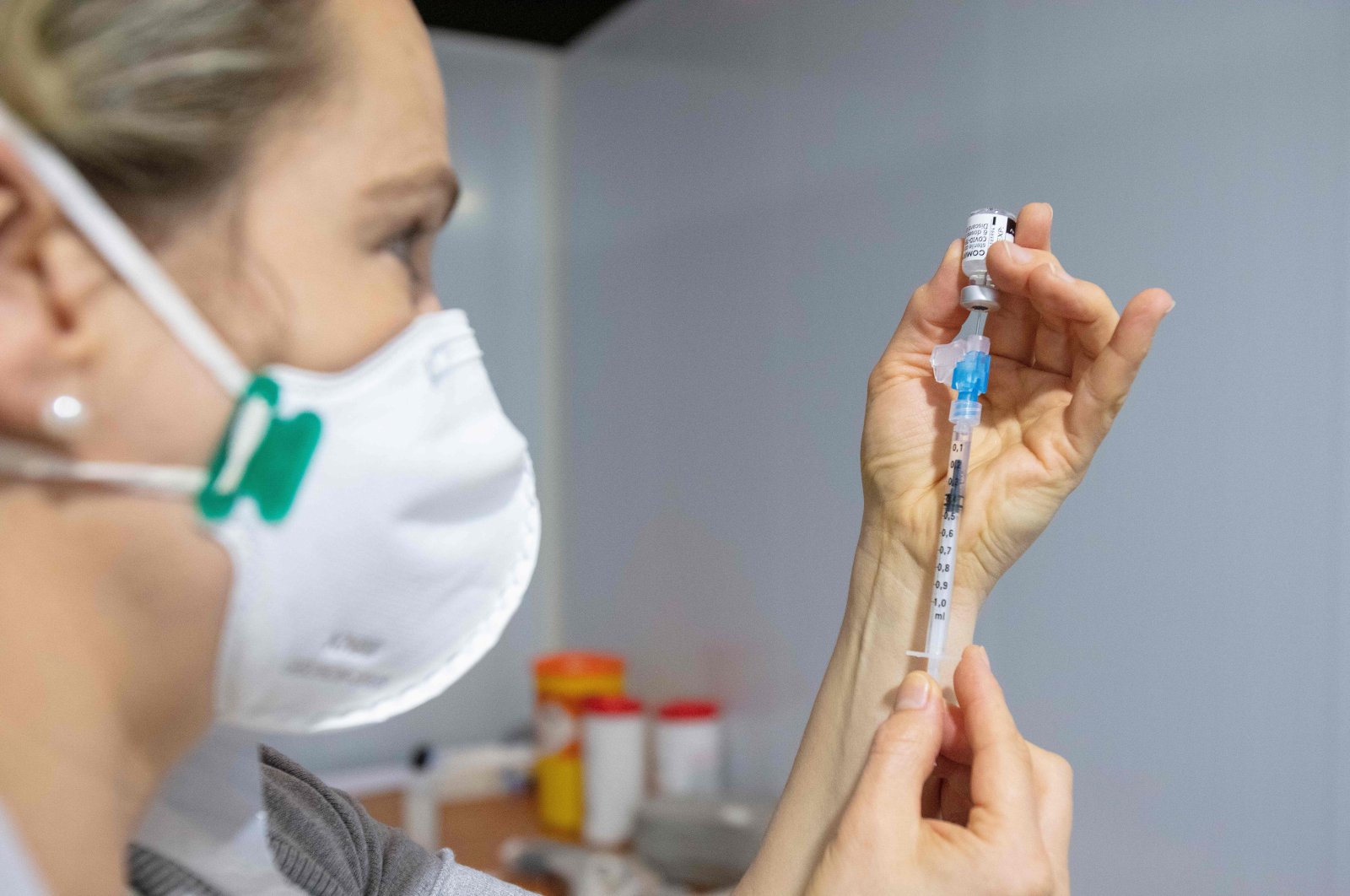 A healthcare professional prepares a dose of the Pfizer/BioNTech COVID-19 vaccine at a vaccination center at the Helix on Dublin City University's campus in Dublin on March 20, 2021. (AFP Photo)
by DAILY SABAH Mar 24, 2021 8:31 pm
RECOMMENDED

Over 700,000 doses of the BioNtech/Pfizer vaccines have arrived in Turkey from Germany adding up to 1.4 million doses in total, Health Minister Koca said Wednesday, as Turkey reported almost 30,000 new cases on the same day.

In a statement on Twitter, Koca said 5,800 doses of the vaccine arrived in the country last week for testing purposes and 750,000 doses arrived on Tuesday.

"Safety tests are underway and the vaccines will be administered, starting next week, to citizens whose turns have come," Koca said.

The minister noted that over 1.4 million doses of the vaccine have arrived so far and will be used in the country for the first time.

"It will be administered in all centers with the suitable storage capabilities," Koca added.

Meanwhile, Turkey reported 29,762 COVID-19 cases, while 146 people lost their lives in the past 24 hours, according to the Health Ministry.

The country carried out 221,738 tests and reported 1,142 symptomatic patients, the ministry said while noting that 2,881,643 people have recovered so far.

Turkey hits a new record in daily COVID-19 cases almost every day, but intensive care units are seldom overloaded. Health care authorities say this must have something to do with virus variants and a successful vaccination campaign. Indeed, cases have increased nearly 300% since Turkey lifted most restrictions on daily life starting in the first week of March, while hospitalizations in intensive care units jumped only 25%.

Authorities were already expecting a climb in the number of cases after the launch of the “normalization” process, but cases skyrocketed instead of a gradual increase, especially in big cities like Istanbul. The daily positive test rate reached nearly 11%. It is believed that virus variants now took over and the public failure to comply with rules only aggravated the situation.

Still, hospitals have fared better in this new process and have come a long way from a record 72-hour waiting time for finding an empty bed in intensive care units during the second wave of the outbreak. Intensive care applications remain low.

Turkey plans to increase the number of people vaccinated in the coming weeks by adding a Pfizer-BioNtech vaccine to its vaccine stock and try to convince 9% among those who were not vaccinated yet to receive a jab. The country has administered more than 13.8 million doses so far to its citizens, with more than 5.6 million people receiving their second shot since January.