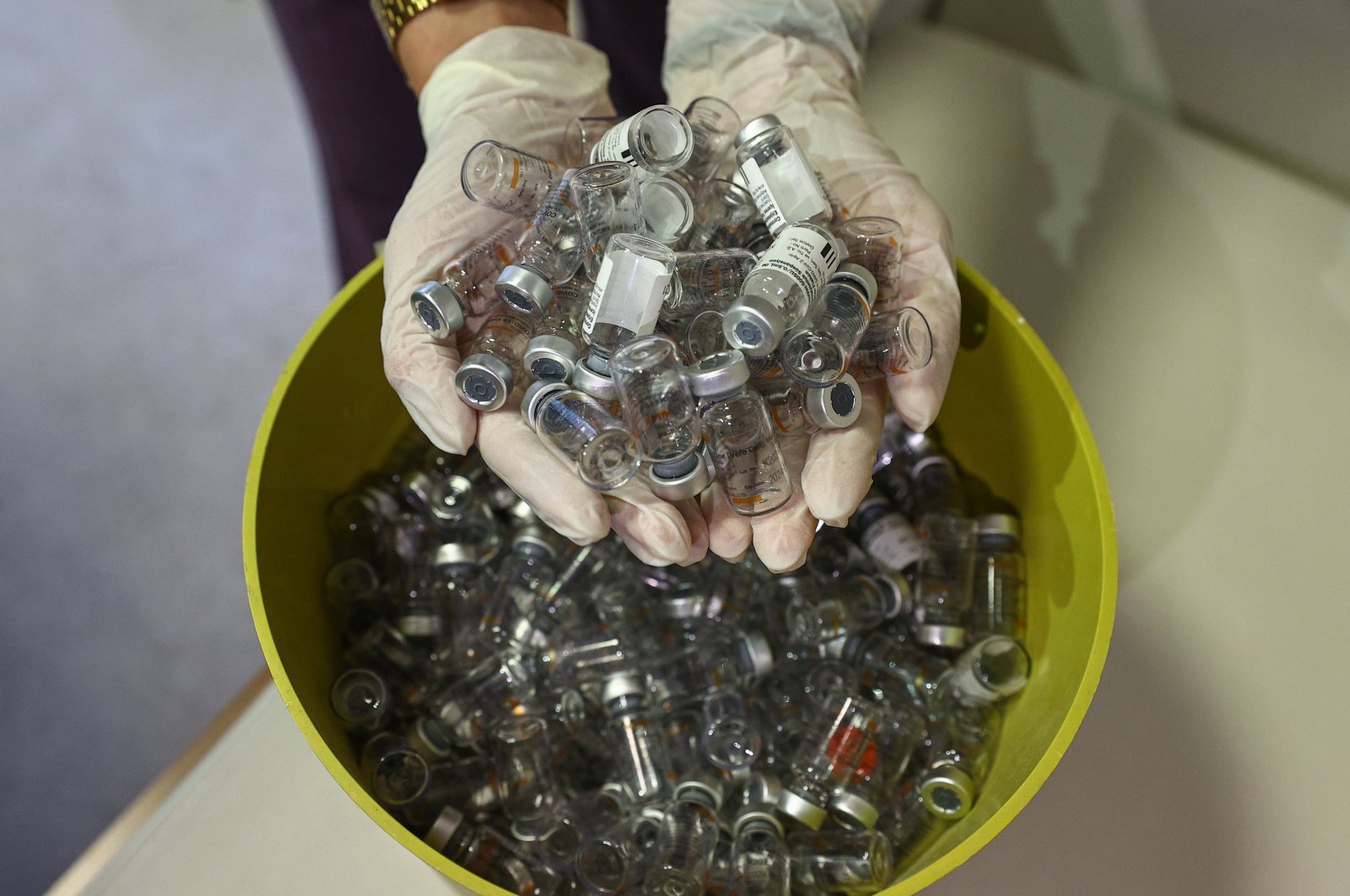 Starting on Sunday, people at the age of 30 and above are now eligible for coronavirus shots, instilling hope for the younger population of a country embattled by the pandemic. The arrival of new shipments of vaccines from abroad will also bolster Turkey on its march toward achieving its goal of mass immunity.

As of Sunday, more than 41 million doses had been administered in the country’s inoculation campaign, which started in January 2021. A total of 26.7 million people have received their first doses, while another 14.3 million people have now had both of the doses required for protection against the disease.

After a relatively slow start to the vaccination campaign, with challenges due to delays in vaccine shipments and an apparent hesitancy for jabs, Turkey started off the summer with a tremendous interest in the vaccination and a fast-paced campaign. In the span of a few weeks, the country's Health Ministry expanded vaccination from the elderly to younger people and started including members of different occupations one after another regardless of their age. This sudden progress in the vaccination campaign, which went on to break records with more than 1 million jabs daily, indicates that the country managed to secure more vaccine supplies and that the country is now closer to reaching the youngest age groups by the end of this month.

“Trust this power” has been Health Minister Fahrettin Koca’s social media mantra, where he ended almost every tweet about “good news” on the pandemic with it. This “power” apparently works, as a cargo plane carrying 5 million doses of CoronaVac, developed by China’s Sinovac, landed in Istanbul on Saturday. It follows another shipment last week that carried 3 million doses. Authorities announced 8 million doses had now arrived in the country in the past10 days. Vaccines, although they received emergency approval earlier, will be subject to routine analysis before they are provided to the public.

Turkey also offers Pfizer-BioNTech shots and plans to include Russia’s Sputnik V in its vaccination drive soon. It signed an agreement with Pfizer-BioNTech to purchase 90 million doses, with an option for 30 million additional doses. Universities and companies in the country are also working on seven different vaccines against the coronavirus, and at least one among them is expected to be widely available by the end of this year. Though not confirmed yet, the country may offer a locally-developed vaccine as another option for people in need of a booster. Experts say a third dose in some vaccines may be necessary six months after the second dose.

Rising interest in the vaccination, evident in long lines forming outside hospitals and clinics, is driving the campaign that is now also extended beyond hospitals. The Health Ministry's health care crews deliver shots at factories for workers, while some provinces have set up tents on busy squares to give vaccines to passersby without the need for an appointment.

Elsewhere, crews man the call centers to convince citizens who have resisted getting vaccinated so far or visit them at their homes as part of "persuasion" efforts. Mehmet Burak Öztop, head of the Directorate of Health in Izmir, says efforts are paying off. "We called some 20,000 citizens so far, starting with the people at the age of 55 and above. We have seen a 50% increase in vaccination among the people at the age of 55 and 65 after our efforts," he told Anadolu Agency (AA) on Sunday.

Though curfews are in place on Sundays, hospitals and clinics are open for those seeking jabs. In Izmir, more than 2.7 million doses were administered, including 1.8 million people who received their first doses. Hospitals work in full capacity for vaccination, delivering thousands of doses every day. Öztop says their record is 101,000 doses a day and they want to increase it to 110,000.

Similar scenes are emerging in Afyon, another western province, where the province's largest public hospital is filled with people seeking jabs. In 40 clinics, 40 health care workers try to cope with overwhelming demand. "This is something that cheers us," the hospital's chief physician Mehmet Duran, said. "Indeed, people believe in the benefits of vaccines."

Social media is still awash with people campaigning against vaccination, but surveys show that the number of people trusting the vaccines is increasing. Anti-vaxxers and vaccine skeptics occasionally target companies calling on their employees to have their shots as soon as possible and call for a boycott for those companies. But the recent inclusion of any worker and civil servant with social security registration in vaccine eligibility groups has caused a boom in demand for vaccines. "I waited for hours, but I got my jab. I will be here for the second dose. Everyone should have it, so we can live healthily," Mehmet Çakıroğlu, a man who was at the hospital for vaccination, told Ihlas News Agency (IHA).

The vaccination campaign will likely accelerate a normalization process that started on June 1. The government will hold a Cabinet meeting on Monday, and media outlets report that more restrictions could be eased after the meeting, including the dropping of a 31-hour curfew that starts on Saturday night and ends on Monday morning. The government is also expected to push the start of weekday night-time curfews to midnight or eliminate them entirely. Businesses will be allowed to operate for longer hours if the Presidency approves.