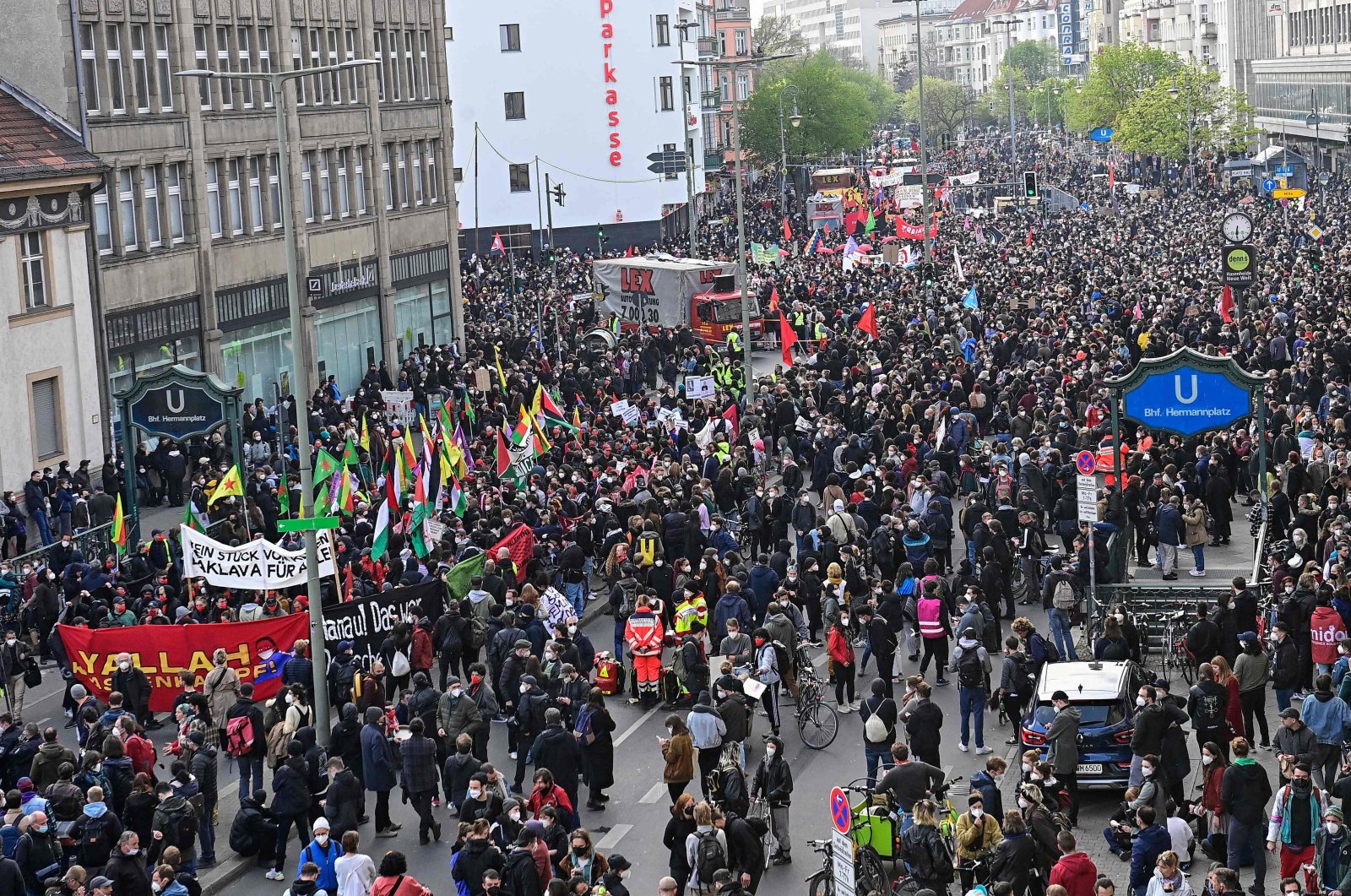 YPG/PKK terrorist group banners are displayed during the so-called "Revolutionary Mayday" demonstration at Hermannplatz in the Kreuzberg district of Berlin, Germany, May 1, 2021. (AFP Photo)
by Anadolu Agency May 01, 2021 7:58 pm
RECOMMENDED

In the report titled "Attacks Targeting Turkish Citizens Abroad," the YTB said Turkish and Muslim minority communities, as well as individual members of such groups, places of worship, schools, associations, businesses and facilities belonging to them, plus Turkey's foreign representation offices, faced many more attacks than in 2019, along with a much greater degree of violence in these attacks.

Released annually, the report seeks to prompt international communication and cooperation mechanisms against the threats Turkish nationals are exposed to, especially in Western countries amid increasing Islamophobia and racism.

The number of hate crimes directly or indirectly targeting Turks abroad rose to 389, a 53.7% increase since 2019, according to the report.

It showed that 389 crimes had been committed across 28 different countries in America, Europe and Australia, though the report noted that most attacks were not reported in the media or to the YTB.

With at least 205 attacks, Germany recorded the most crimes against Turks, followed by France with 40 and Austria with 37. In a single incident in the town of Hanau central Germany on Feb. 19, 2020, four Turks were gunned down by a far-right terrorist.

While far-right, racist and anti-Islamic terrorist groups accounted for the lion's share of hate crimes, the number of attacks by members of the PKK terrorist group, as well as Armenian racist groups, increased considerably.

At least five people lost their lives, while at least 36 were wounded in the attacks.

The report pointed out that 225 cases of hate speech or threats, 37 attacks on individuals and 25 arson cases constituted most of the crimes.