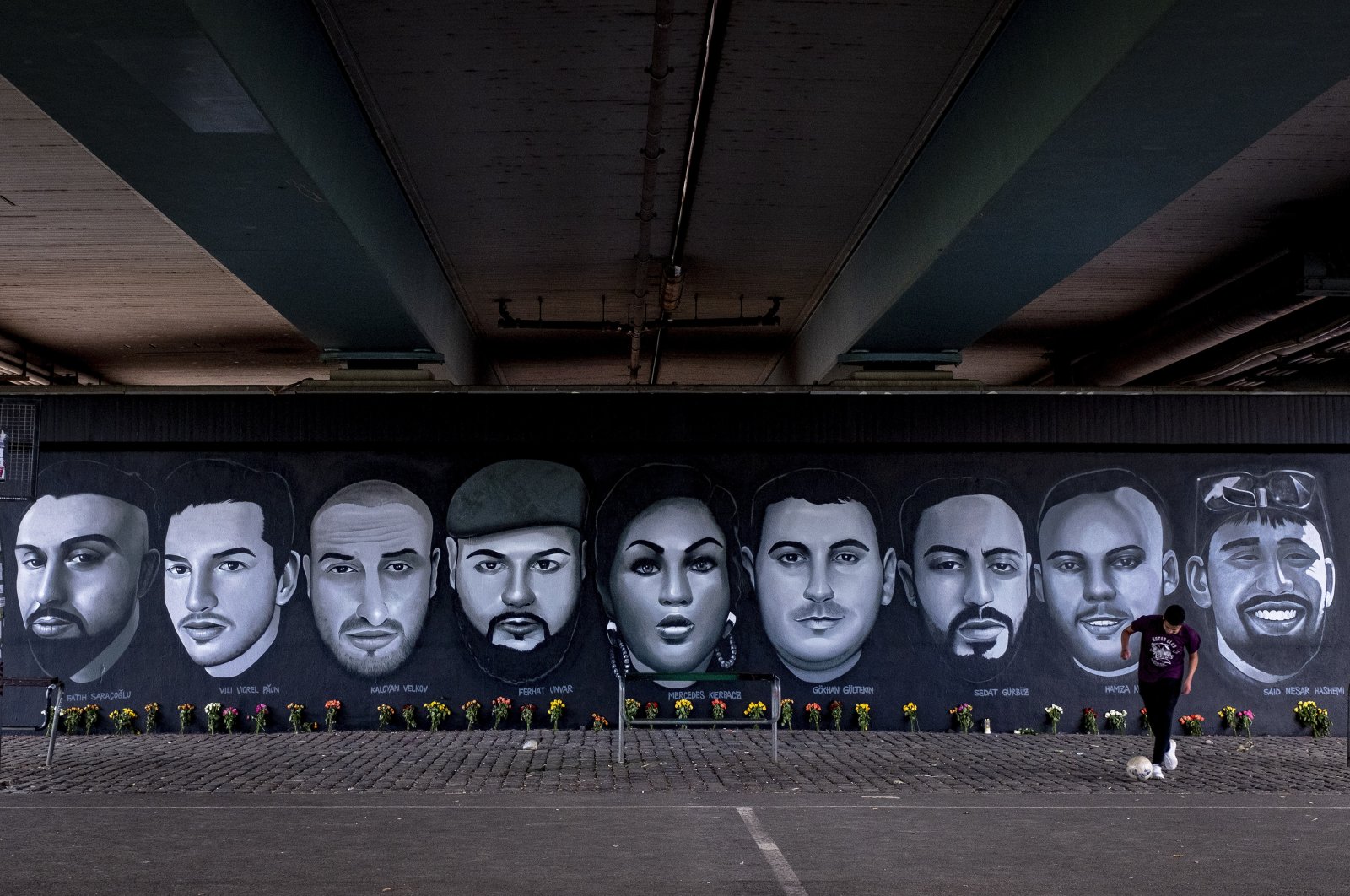 Turks in Germany next month will mark the first anniversary of a racist attack in the city of Hanau which killed four in their community, but the fear lingers, particularly among victims’ families, especially amid death threats from the assailant’s father

As they mourned their dead, the father of Tobias Rathjen, a racist terrorist who gunned down nine including four Turks in Germany’s Hanau on Feb. 19, 2020, issued death threats to victims’ families, the brother of one of the victims revealed.

The attack was a fresh scar for the community which suffered a string of deadly racist, neo-Nazi assaults for decades. Rathjen killed his mother before taking his own life following the attack. Yet, the danger was not over, families of victims told Anadolu Agency (AA) on Tuesday. They say that the far-right terrorist’s father, Hans-Gerd Rathjen, penned multiple letters to prosecutors and issued death threats against families in those letters. Families say that they sought restraining orders against elder Rathjen, but their demands remained unanswered by authorities.

Çetin Gültekin lost his brother Gökhan in the attack. About 1 1/2 months after the attack, their father Behçet, a cancer patient, succumbed to the disease aggravated by the pain of his loss. The family sought more information from authorities about the incident, and Çetin Gültekin says last month, they obtained access to a 20,000-page file about the attack and its aftermath. “Documents show the suspect’s father sent more than 20 letters to the prosecutor investigating the attack since April 2020. He claims his son was ‘killed’ and justice for him should be carried ‘by deaths of more foreigners.’ In one letter, he declared that Hanau Mayor Claus Kaminsky was a 'traitor' for having photos of victims displayed in the streets of the city,” Gültekin said.

Gültekin said that police sought to protect the assailant’s father instead of the victims’ families. “He was hospitalized after the attack and was discharged last March. Police notified us that he was discharged and warned us ‘not to do something crazy,’” he said, referring to a possible retaliatory attack. “Police should have not warned us. They should have warned this man who sent threatening letters,” he said. Gültekin also said that the father sought to retrieve the assailant’s seized weapons. “If he was allowed to have them, we could be dead as well,” he said.

The family filed a criminal complaint against Hans-Gerd Rathjen, but no restraining orders were taken against him. “He does not have to be armed to pose a danger. Nowadays, it is simply enough to have access to a car. You can drive it toward people to kill them,” Gültekin said. He said Rathjen once came to their neighborhood with his dog (a shepherd dog), confronted them and hurled threats. “After that, we decided to start a neighborhood watch. Three people are on the watch from early morning to night. This is the danger we face,” he said.

Emiş Gürbüz, the mother of Sedat Gürbüz who was killed by Tobias Rathjen, said German authorities did not shed enough light on the attack. She said Rathjen was known to authorities before the attack, but “they did not take measures.” “Officials came here and attended the remembrance for my son and others, but then, they disappeared. We do not believe that this was the work of a single man with mental problems. Investigators should do more to find other culprits. We want justice to prevail, and we want all details to be known,” she said. Reports by German media outlets following the attack have claimed that Hans-Gerd Rathjen, who was briefly detained after the attack, might have encouraged his son to carry out the attacks. Some eyewitnesses had claimed there were two assailants, not one. Authorities were also slow to classify it as an attack by a far-right extremist.

Hayrettin Saraçoğlu, the brother of another victim, Fatih Saraçoğlu, said it was “a major attack” which should not be “covered up.” “We want the truth to be revealed. Investigators should find out how he planned the attacks. This is something elaborately planned. (Tobias Rathjen) did reconnaissance in places he attacked and had extensive training in how to use arms. We know that he sent a manifesto to officials about his views. Yet, he was allowed to have access to guns,” Saraçoğlu said.

The Turkish community in Germany, one of the largest with a population of over 3 million people, grew out of small groups of Turkish "guest workers" brought for rebuilding post-World War II Germany. Over the decades, they rose to a prominent place in the society, but neo-Nazi threats prevailed as a major threat to the community fighting xenophobia or rather, an anti-Turkish sentiment, evident in attacks specifically targeting them. Neo-Nazi groups, to which authorities turned a blind eye most of time, are responsible for a range of crimes, from minor acts of vandalism to Turkish mosques to serial murders.