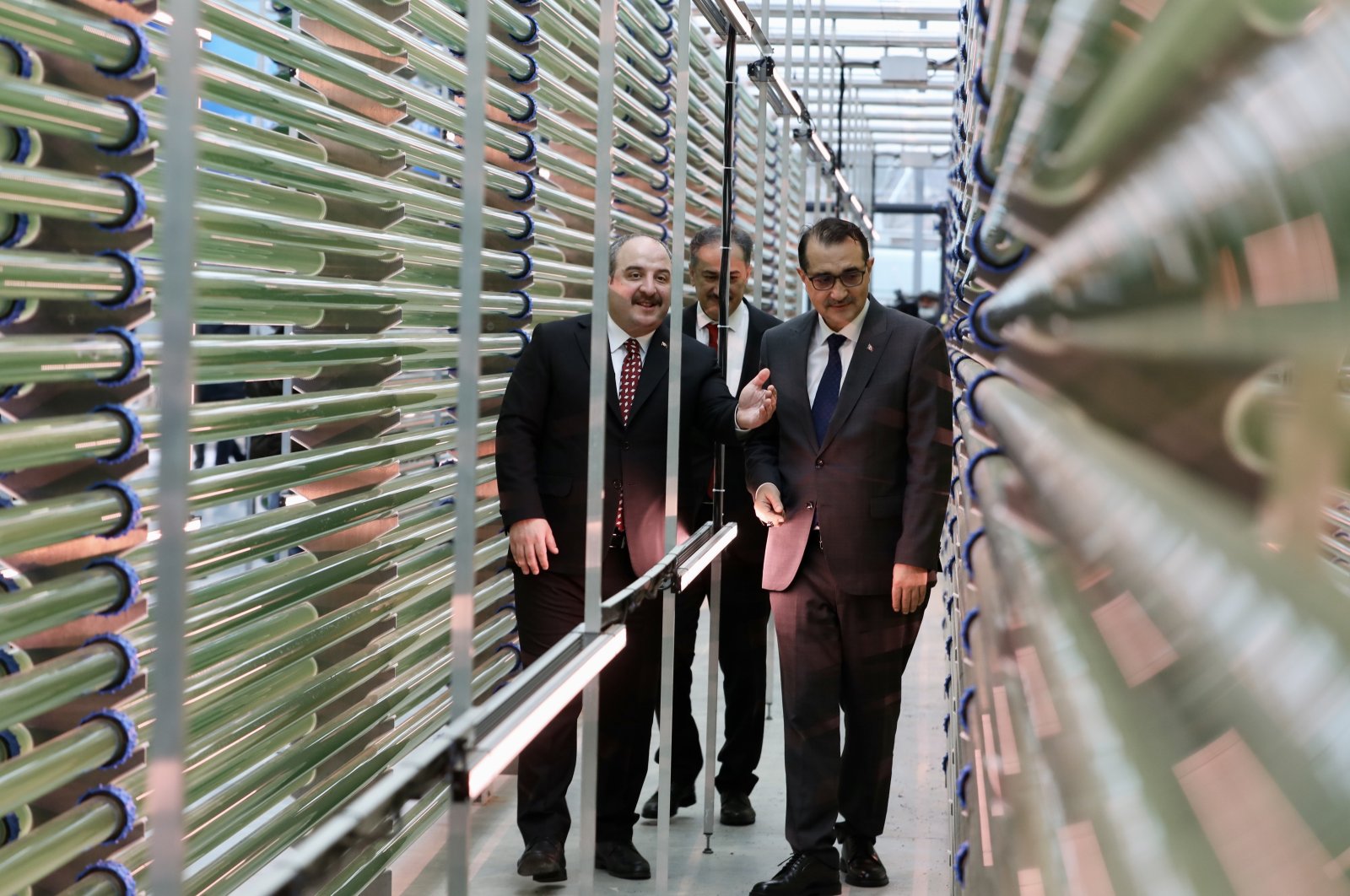 Ministers and European Union officials inaugurated a biorefinery in Istanbul on Friday. The facility, which will convert algae into jet fuel, is touted as Europe’s first and only carbon negative biorefinery and is backed by the European Union.

Through the facility, Turkey aims to cut the use of fossil-based and non-renewable resources for energy needs at a time of climate crisis.

Set up inside the campus of the prestigious Boğaziçi University, the refinery is part of Integrated Biorefinery Concept for Bioeconomy Driven Development (INDEPENDENT) project which seeks innovative, environment-friendly production and technology development. Sprawling across a 2,500-square-meter (27,000-square-feet) research and development space inside the campus, the refinery uses algae grown in reactors and pools to manufacture biofuels, food supplements, animal feed and organic biofertilizers.

The INDEPENDENT project has a budget of 6 million euros ($6.8 million) and the European Union is covering 85% of the project, according to Anadolu Agency (AA), while the rest is covered by the Ministry of Industry and Technology under its Competitive Sectors Program. The program, jointly financed by Turkey and European Union, involves support for economic development through empowering research and development infrastructure and small and medium enterprises (SMEs).

Algae is better known to the Turkish public as the source of the notorious sea snot or marine mucilage that covered the Marmara Sea last year. But its benefits include serving as an alternative energy source and fertilizer as well as parts of chemical components widely used by several industries.

Speaking at the inauguration ceremony, Minister of Industry and Technology Mustafa Varank said the facility would manufacture many products Turkey is in need of and that the biofuel derived at the refinery would be used for aircraft, hence limiting dependence on energy imports as well as carbon emissions.

“Switching to a structure where all resources, primarily energy, is used efficiently, the waste is minimized and recycled and carbon footprints do not exist is a must for us. We showed our determination on this path by ratifying the Paris Agreement. Similarly, we are making all preparations for compliance with the European Green Deal,” Varank stated.

The biorefinery stands out as a facility that relies entirely on wind power for electricity needs. Varank said it would serve as an important center in the world in algae biotechnology.

The minister highlighted that biofuels are a serious alternative for Turkey, which depends energy imports. “The work is underway for the use of biofuels produced here by Turkish Airlines (THY). We want THY to carry out its first flight using biofuel from here before the end of 2022,” he said.