Living in Turkey: To all the homes I’ve loved before 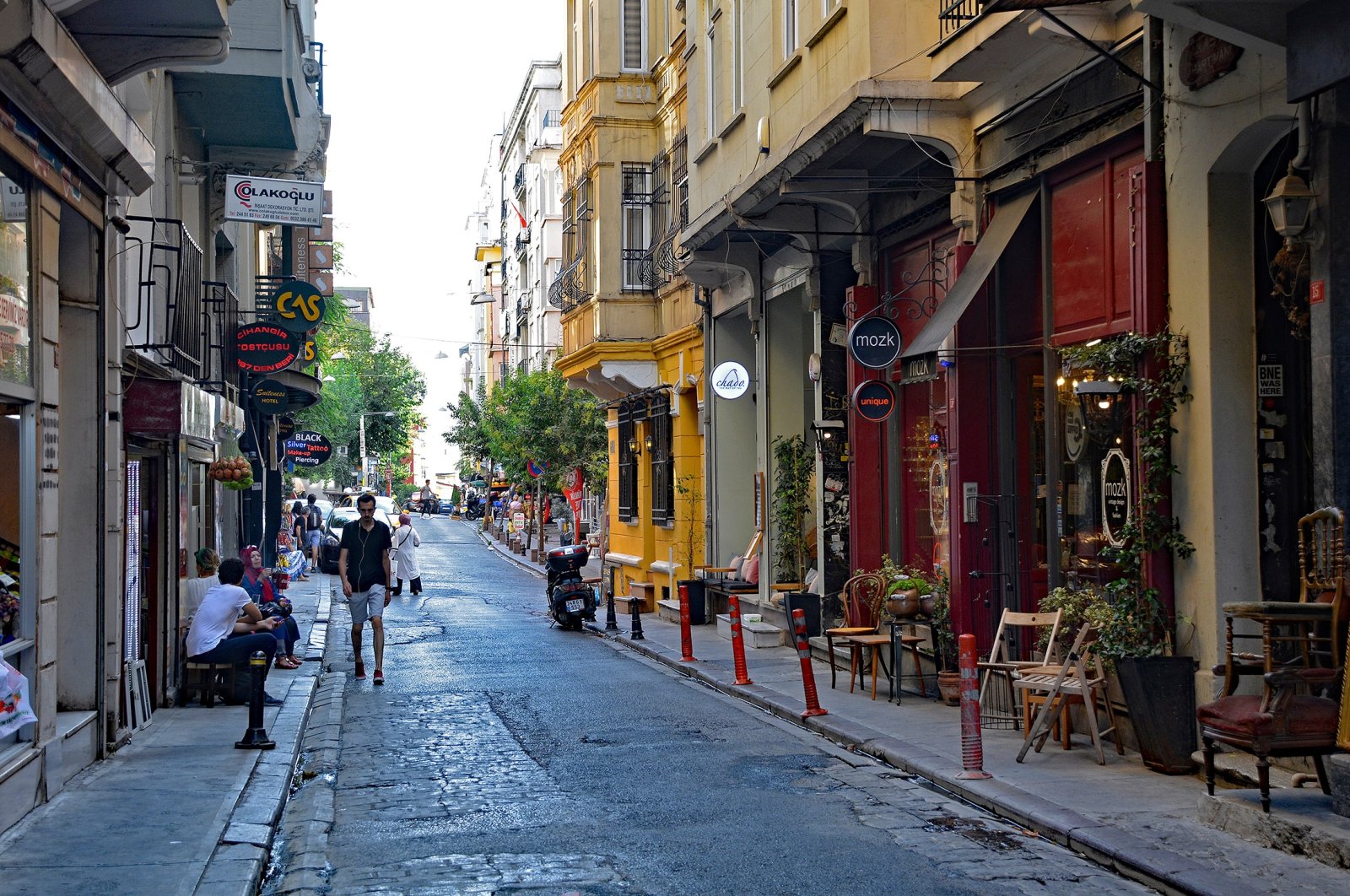 From apartments to villas, wooden cabins to stone homes, there are a wide variety of housing styles available to rent in Turkey, whether you choose to live in the big city, the southern coast or in a rural village

With the recent spike in foreigners buying property in Turkey – by nearly a factor of three compared to last year – I thought it might be of interest to revisit the wide variety of homes in Turkey that I have lived in as an expat.

I was born to a Turkish father living and teaching as a professor in the United States. Thus, even though my name is Turkish, this spectacular country I now call home was once as foreign to me as almost any expat attempting to make Turkey their adopted home.

While I had visited prior, I made the permanent move to Turkey over 15 years ago on a scholarship and stayed. I taught as an English teacher in Istanbul and shortly after joined the Sabah newspaper, which allowed me to work remotely and discover life in different regions in Turkey. Therefore, thus far, I have actually rented and lived in 10 different homes, each of which has been extremely impressive in their own right, coupled with the fact they were also the most affordable options available at the time. Each came with its own benefits and lessons learned and each one was found in a different way, but as you will soon see, they were all spectacular in their own right. From Istanbul to Bodrum, to Çanakkale and now the southern coast, here’s the story of all the homes I’ve loved before in Turkey.

When I first moved to Istanbul, I did so with my cat. So the house hunting process had to go quickly, and luckily it did as I moved into the first flat I saw. Situated on the lower end of Cihangir with a balcony overlooking the Bosporus and the opposite side of the city on the Asian continent, the real estate agent told me that only single women live in the entire building and I would feel very comfortable, which was true. However, they all turned out to be singers and musicians as were the neighbors, and so music in the building went on till late into the night. Therefore, when I spotted the construction of a brand new terrace flat across the street I tracked down the owner and secured a contract to move in as soon as the space was ready.

My second apartment in Cihangir did not have a view, unfortunately, but instead was a studio with a terrace twice the size of the indoor space. Excited to have so much outdoor space, I immediately planted sunflowers around the circumference of the terrace, set up lounge chairs and beds and even put up a pergola with sheer curtains as mosquito netting. What I forgot to mention is that the apartment was lower than a number of neighboring apartment buildings. So as I suppose one evening a lit cigarette may have fallen from a higher balcony, for as I returned late one night from a concert I found my entire terrace flat in flames.

Luckily, rising like a phoenix from the ashes, I ended up finding what very well may be the best rental in Cihangir, as the flat I found next literally had the most spectacular view of the city. And, I am talking on par with Galata Tower. This flat was also a top-level terrace flat; however this time it was on the sixth floor. While tiny, the flat was surrounded by a 360-degree terrace and glass windows that had breathtaking views of the entire city, with the minarets of Sultanahmet, the silhouette of the Asian side of the city and the hustle and bustle of the maritime along the Bosporus, all from what felt like the highest vantage point.

Situated on the top of a hill, in addition to being six stories high, the flat had an additional viewing terrace on the roof, which you climbed up to and what would be the seventh floor. Standing up there, which I did on New Year’s Eve as I watched the city reflected in the colors in the sky from fireworks, remains one of the most spectacular views I have ever seen even though, to be honest, the houses that would follow just got even better.

While my apartment was arguably one of the best in town, it was also the most reasonable, which is because it had a miniscule kitchen and did not have an elevator, both characteristics that became challenging with time. Thus, when an offer came to move into a brand new three-story furnished villa for the same price in Bodrum, I just couldn’t refuse and it was starting to feel like my time to leave the big city life.

The three-story villa in Bodrum’s Yalıkavak served as the perfect transition to a slower way of life in what was once a sleepy fishing town. However, as the years passed, others had the same idea and Bodrum continued to become more and more crowded as well as expensive to boot!

When I learned that a traditional stone home had become available in a village by the name of Çamlık, conveniently located just outside the center of Bodrum, I jumped at the chance to try a quieter and more remote lifestyle. It was in this village that I learned how to light a soba, the traditional wood-burning stoves used for heating and cooking in the cooler months.

The perfect location of this village, sprawled amongst towering pine trees and vistas of the Aegean, did not remain a secret long as a golf course opened on its outskirts and suddenly village breakfast restaurants began to pop up and my home was rented out long-term to be transitioned into an upscale ecological hotel equipped with an infinity pool.

For me this meant it was time to move on from Bodrum and to head for greener pastures, literally, and more of the Turkish village lifestyle I had grown accustomed to. My next stop was Çanakkale, and more specifically the Mount Ida region and the villages tied to the town of Ayvacık. With my own idea of finding a long-term rental to possibly turn into a hotel, I kid you not, I ended up being offered a village home for free for 10 years, under the condition it remain cared for and habitable. I was also offered a cafe for literally no rent, which I ran for a spell and is a whole other story.

As I got to know the region, I also had the opportunity to discover the best houses on offer, and I quite literally hopped from one home to the next each with better views than the one prior. However, it was at a party held by an artist in the most amazing house I had ever seen, where I found my next big score.

I remember looking over at the endless horizon over the sea from its huge terrace and saying a little prayer that one day that home would be mine. Sure enough, in just a few weeks that followed, the artist ended up moving to India and my dream home built from stone into a cliff overlooking the beach, was now available and surprisingly affordable. Hands down, the most incredible rental available in the Assos region, this home overlooked Kadırga Beach, had glass windows as walls and three levels of terraces overlooking the vast horizon above the Aegean sea and the beach that lined the shore.

However, as the saying goes, “People in glass houses shouldn’t throw stones” the reality was this home had no locks, towering rocks surrounding it that could crash down in any quake and the house itself was boiling hot in summer. It was also situated on the equivalent of a fifth floor in elevation and the only access from the road was by climbing up paths and stairs built into the rocks. I tried out various pulley systems to help carry stuff up but when winter came and it was time to contend with transporting tons of wood, never mind water, up that hill every day, my dream home just proved to be too difficult. The renters that came in after me transformed the house into a camp grounds, pitching tents on each of the terraces, all reaping the benefits of the property’s spectacular views.

It may have taken me nearly a month to find it, but a road trip to all of the popular towns along Turkey’s southern coast landed me in Ortaca, which like its name truly does serve as a middle ground in Turkey. With quaint towns in close proximity, such as Dalyan and Köyceğiz, and the larger holiday destinations of Marmaris and Fethiye short drives away, this region along the southern coast has already been discovered by many an expat and there are thriving communities that live year-round in this area of Turkey to attest to that.

Now, instead of a sea view, I have a mountain view and a creek that runs by my house, equipped with a wooden plank terrace from where I can watch the turtles, crabs and fish I share the flowing mountain springs with. I live in a standalone home in a village where there are so many foreigners that on its pebbled streets, we greet each other by saying “Hi” in addition to “Merhaba” as nearly half of the residents are foreigners. I certainly don’t want to jinx it, but once again I have found a gem of a home from which to enjoy all of the many wonders Turkey truly does have to offer.